RespireRx Pharmaceuticals Inc announced positive results of the PACE (Pharmacotherapy of Apnea by Cannabimimetic Enhancement) trial conducted by David Carley, PhD, and colleagues at the University of Illinois at Chicago and Northwestern University. The PACE trial, a Phase 2B study of dronabinol for the treatment of obstructive sleep apnea (OSA), demonstrates that dronabinol significantly improves the primary outcome measures of apnea-hypopnea index (AHI), daytime sleepiness as measured by the Epworth Sleepiness Scale (ESS), and overall patient satisfaction as measured by the Treatment Satisfaction Questionnaire for Medications (TSQM).

In a dose dependent fashion, treatment with 2.5 mg and 10 mg dronabinol once a day at night significantly reduces AHI in 56 patients with moderate to severe OSA who completed the study. Of these, 17 received placebo, 19 received the 2.5 mg dose, and 20 received the 10 mg dose. Compared to average baseline AHI values of 26 +- 12, six weeks of dronabinol administration to moderate to severe OSA patients reduced AHI values, compared to placebo, by 9.7 +- 4 for the 2.5 mg dose, and 13.2 +- 4 for the 10 mg dose (p=.02 and p=.001, respectively, compared to control). Furthermore, treatment with 10 mg dronabinol significantly improved daytime sleepiness as measured by the ESS (p = 0.0001, compared to placebo) and achieved the greatest overall patient satisfaction with treatment (p=.02) as measured by the TSQM.

Arnold Lippa, PhD, chief scientific officer and executive chairman, says in a release, “We congratulate Dr Carley and his colleagues at both the University of Illinois at Chicago and Northwestern University for the successful completion of the PACE trial. These positive results clearly demonstrate the potential for dronabinol to treat OSA, a serious condition affecting millions of people with very few viable treatment options. We plan to move forward with the development of dronabinol in OSA, and plan to meet with the FDA for a Special Protocol Assessment (“SPA”) to finalize the Phase 3 study required for approval using both fast track and breakthrough designations from the FDA to facilitate the development path.”

James S. Manuso, PhD, president, CEO, and vice chairman, says, “We are very excited with the possibility of bringing to market the first drug treatment for OSA. We can now envision a small molecule, easy to use, oral medicine for OSA patients as an alternative to CPAP (continuous positive airway pressure) devices, surgery, and other methods used to treat this underappreciated disease, which has such enourmous costs to society. We look forward to discussing with investors the results of this trial at upcoming conferences.”

Dronabinol, currently formulated as a capsule, is synthetic ?9-THC (delta 9-tetrahydrocannabinol), one of the active cannabinoids found in marijuana. It is approved in the United States in 2.5 mg, 5 mg, and 10 mg capsules for the treatment of anorexia associated with AIDS and chemotherapy induced nausea and vomiting. It is a schedule III drug meaning there is a low abuse potential, but it is monitored by the United States DEA (Drug Enforcement Agency). It is Medicare part B reimbursed for its current approved indications. Use of dronabinol for the treatment of OSA is novel. 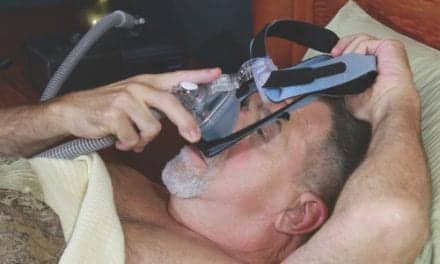 A Deadly Duo: When COPD And OSA Overlap