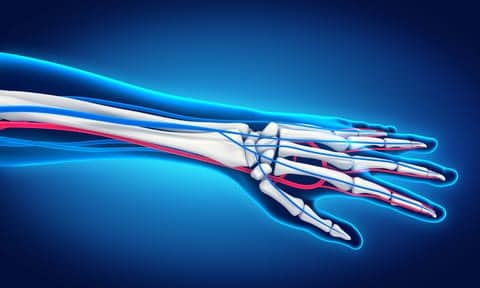 This March, the American Academy of Sleep Medicine (AASM) released updated recommendations on the diagnosis of obstructive sleep apnea (OSA) in adults.1 The guideline wasn’t radically different from the previous iterations released in 20052 and 2007;3 the AASM again recommended polysomnography (PSG) as the standard diagnostic test for OSA and stressed that home sleep testing (HST) be performed in conjunction with a sleep evaluation. But HST technology and research has progressed over the last decade, and the guideline addressed some newer developments, including peripheral arterial tonometry, or PAT. (The AASM first addressed PAT technology in a 2011 evaluation.4)

PAT detects the change in volume in peripheral arteries that results from pauses in blood flow. That information is used as a proxy for respiratory disturbances. According to the new guideline, PAT used in combination with oximetry and actigraphy is “technically adequate” to diagnose OSA in patients likely to have the condition who do not have comorbidities like cardiopulmonary disease, opioid use, or severe insomnia.

That assessment means that the device measures the parameters needed to make such a diagnosis, not that any particular device does so accurately, Sherene Thomas, PHD, senior director of communications, science, and health policy for the AASM, says. Like a PSG, several parameters must be measured.

“In order to identify respiratory events like hypopneas, you would use peripheral arterial tone, oxygen desaturation, and changes in heart rate derived from oximetry, so that’s why it’s important to use those two in conjunction with PAT,” she says.

The AASM task force was not endorsing any specific brand, but perhaps Itamar, the maker of WatchPAT, could be forgiven for taking the revised recommendation as a stamp of approval for its device. Itamar has been touting its WatchPAT technology for decades, having first received FDA approval in 2001 as a diagnostic aid. Last year, the FDA granted expanded approval for use of the device in children as young as age 12. (The AASM update does not address diagnosis in children.)

The latest version of the WatchPAT uses just one fingertip sensor to measure PAT and oximetry. It attaches to a wristwatch-like actigraph that assesses sleep time.

The AASM is aware that its recommendations could have an effect on reimbursement policies, Thomas says. In fact, Gilad Glick, the CEO of Itamar, says some private payers have pointed to WatchPAT’s exclusion from previous AASM guidelines when declining to reimburse for tests using the device.

He adds, “We hope …with the revised guidelines to turn that coverage decision of Blue Cross Blue Shield. That would be the number-one impact.”

Glick is also hoping to introduce the WatchPAT to specialties outside of sleep medicine, like cardiology.

The AASM guidelines specify that PSG, not HST, is the appropriate option for patients who have comorbidities like heart conditions. But Glick says the WatchPAT could be a legitimate option for such patients when an in-lab test is unavailable to them.

“We as an industry, the entire sleep industry, we’re not even scratching the surface when it comes to those patients and managing their OSA,” Glick says. He offers the example of a cardiac patient going into surgery for whom the waitlist for a sleep study with PSG might be several months long. “We believe that it’s better to WatchPAT-test them, which we’re validated for and on label, get them to the surgery on therapy, and follow up for adjusting of the therapy with more intense testing like polysomnograhy,” he says. “That, for us, would be a better standard of care than waiting four months and letting their cardiac disease deteriorate.”

The task force behind the AASM guidelines excluded from their analysis studies that were too small, tested children, or performed in-lab, among other criteria. Only two PAT studies met those standards and were included in the team’s assessment. Researchers in Chicago published a larger, more inclusive meta-analysis of PAT technology in JAMA Otolaryngology in 2013.5

“[D]evices using PAT technology consistently demonstrate a relatively high degree of correlation in sleep variables when compared with the criterion standard of PSG,” they wrote. The authors were optimistic about the use of PAT as a diagnostic tool, but they noted “practitioners must continue to use their clinical judgment when determining which patients will benefit from the use of PAT technology.”

“Physicians and sleep centers will need to determine if using PAT technology is best for their patients based on their individual circumstances and their history,” she says.

More specific information on HST scoring, including PAT, is available in the AASM Manual for the Scoring of Sleep and Associated Events. 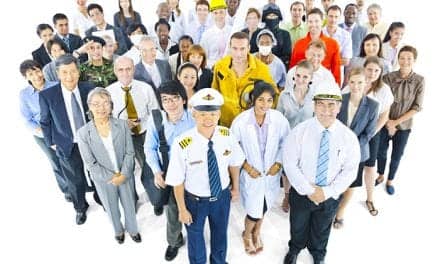