Following promising results from the pilot study (announced in January 2017), the process to optimize the connector has been completed and the first patient has been recruited into that arm of the expanded trial. The abstract for the initial pilot study has been accepted for SLEEP 2017 in Boston.

The clinical evidence will be used to further engage with the sleep clinician channel, which the company states is critical for the acceptance of oral appliances by sleep specialists and critical for the many patients that are non-compliant with current PAP therapy

This combination therapy system is designed to address two key issues: the clinical effectiveness of oral appliances for moderate to severe sleep apnea patients and the non-compliance of PAP patients to therapy. The system is designed to bridge the gap between current oral appliances, delivered by dentists, and PAP therapy, which is typically delivered by sleep clinicians or specialist sleep centers.

The results of the initial pilot study announced earlier this year showed the benefit of the O2Vent proprietary airway in reducing pressure swings and collapsibility – the cause of obstructive sleep apnoea. It also showed the reduced pressure requirements when used in combination with PAP, and as a maskless interface with PAP.

The abstract for this initial pilot study has now been accepted for Sleep 2017, the premier world forum for the presentation and discussion of latest developments in clinical sleep medicine, to be held in Boston in the first week of June 2017.

Following the completion of the pilot study, the PAP connector system has completed the optimisation of the design process and is being used in the expanded PAP connection study (hybrid therapy). The trial is now underway following the recruitment of the first patient in that arm of the study. This is the first study as part of the CRC-P – a $2.95 million grant from the Australian government of which Oventus is the lead participant.

Dr Chris Hart, Oventus Medical founder and Clinical Director said “The pilot study using the O2Vent T showed benefits both when used as a standalone device, or as the interface to a PAP machine. This gave us confidence to move forward with advancing the current design of the PAP connector system and initiating the expanded trial.

“The clinical evidence will be used to further engage with the sleep clinician channel – critical for the acceptance of oral appliances by sleep specialists and critical for the many patients that are non-compliant with current PAP therapy.”

It is anticipated that the trial will be completed towards the end of 2017, however the actual US FDA 510k submission for the initial combination system with nasal PAP, is planned to be lodged by the end of June 2017. 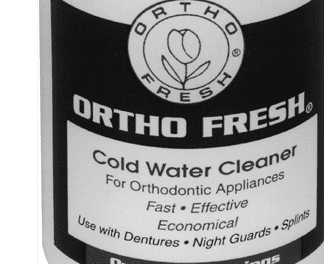