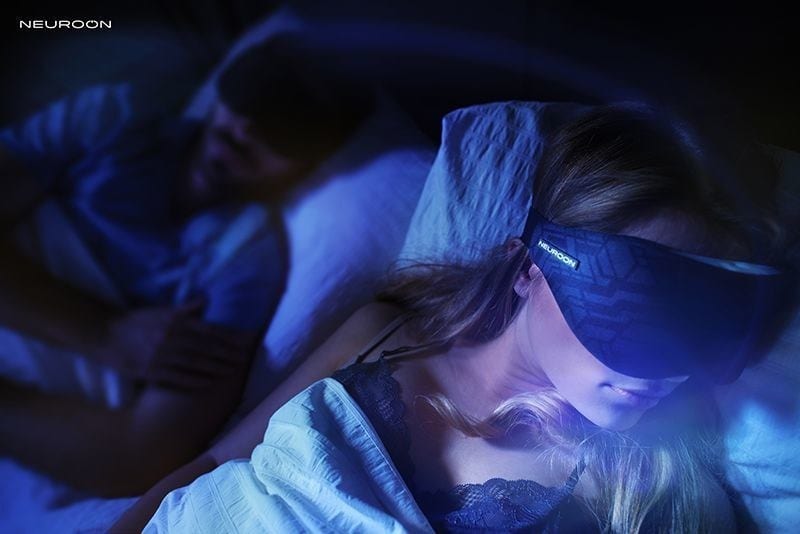 Neuroon, a “smart” consumer sleep eye mask funded via Kickstarter that states it can monitor and analyze users’ sleep and enhance its quality via light therapy, plans to launch a “lucid dream induction” feature this August. Lucid dreaming refers to dreamers being aware they are in a dream, which may allow them to influence the dream’s content.

Neuroon states that its ability to detect REM sleep precisely, allows it to start implementing external stimuli techniques into the mask and induce lucid dreaming while the person is in the REM phase of sleep. The Neuroon Lucid Dreaming feature will consist of two parts: behavioral techniques and external stimuli. Both are based on research conducted by Heidelberg University in Germany and the University of Bern in Switzerland, among others. Behavioral techniques aim at preparing the user’s mind to start lucid dreaming while external stimuli are a direct influence of the mask on the user’s REM sleep with the help of light, vibration, and acoustic stimulus.

Working on the lucid dreaming feature was first announced by Inteliclinic, inventor of the Neuroon, during its Kickstarter campaign two years ago. The idea was given a positive reception so after finishing the final version of the Neuroon, Inteliclinic’s developers focused on this new function.

The Lucid Dreaming App for Neuroon launches this August.

Dreams Near End of Life May Be Comforting