Light at the End of the Tunnel

A large percentage of the population suffers from seasonal affective disorder; however, recent treatment methods shed light on this debilitating disorder.

The time is late fall-early winter. The leaves have fallen and the days are shorter. The skies change from their brilliant blue to multiple shades of gray with low-hanging clouds all through the day. It is dark when you go in to work and still dark when you come home. You begin to develop some, if not all, of the following symptoms:

You are already looking forward to spring, and winter has just begun. If any of the above describes what patients are experiencing during the winter months, then they are likely candidates for having seasonal affective disorder (SAD).

SAD affects more women (60% to 90%) than men and it is more prevalent in northern rather than southern countries. It is seasonal in that its onset is around September to November (as the days grow shorter), and its resolution comes around March or April, as the days begin to lengthen.1 An individual who is diagnosed with SAD will have experienced at least two consecutive years of depression during these particular months. The National Alliance for the Mentally Ill (NAMI) reports that SAD is often misdiagnosed as hypothyroidism, hypoglycemia, infectious mononucleosis, or other infections.2 The seriousness of this disorder is often misunderstood and mislabeled as the “winter blahs.” The lack of treatment for the symptoms can lead to suicidal tendencies. SAD affects 10% to 20% of the population and its presence is most probably due to a malfunction of the circadian pacemaker and representative biochemical systems.3

Since 1927, much research has been done at Johns Hopkins University, Harvard Medical School, Yale University, and Wellesley College on the function of the pineal gland in the brain. After lengthy experiments and painstaking studies, it has been determined that melatonin, a hormone causing drowsiness, is produced in the pineal gland and that light decreases this production. The “melatonin hypothesis” was proposed by Axelrod and Wurtman in 1965 after they completed studies in melatonin secretion as a response to environmental lighting.4 With the onset at dawn, light travels via the retinohypothalmic tract (light coming through the retina in the eye) into the suprachiasmatic nuclei (circadian pacemaker) in the anterior hypothalamus, triggering the decrease in melatonin production in the pineal gland and causing the release of serotonin. Longer days allow for more production of serotonin, a neurotransmitter that assists in the regulation of mood and appetite, and, conversely, longer nights allow for an increase in melatonin production. Increases in melatonin production during longer nocturnal patterns, ie, winter, have shown significant behavioral effects in other mammalian studies including changes in reproduction.3 Melatonin is actually converted from serotonin within the pineal gland and the retina where the catalyst N-acetyltransferase enzyme is found.5 The cyclic transference of serotonin-N-acetyltransferase-melatonin is a circadian rhythm regulator and the zeitgebers that trigger these shifts are highly potent.

Inhibition of serotonin levels or poor transmission of serotonin to the circadian pacemaker may explain the mood and appetite disturbances related to SAD. Reduced levels of serotonin have also been associated with aggressive behavior, violence, and suicide. An amino acid, tryptophan, is needed for the synthesis of serotonin, and it is noted to reduce sleep onset latency.6

In order to increase serotonin levels, the medical community once administered L-tryptophan, an amino acid nutritional supplement; however, this drug has been banned in the United States since 1990 due to the deaths of almost 40 individuals as well as the debilitation of many others. Tryptophan can be consumed naturally by the ingestion of ham, turkey, milk, and fatty dairy products.7

Is SAD Genetic?
The gene coding for the serotonin transporter has two forms: long and short. The possibility for any individual is two “long” alleles, two “short” alleles, or one long and one short allele. In 1998, Rosenthal and colleagues performed studies pertaining to these genotypes and discovered a greater percentage of SAD patients had at least one short allele. Previous studies had disclosed that this form of the gene (one short) was also associated with major depressive disorder. Subsequent studies have found that there is a much higher risk of SAD in families of a SAD patient than in the general population and that these SAD families have nonseasonal mood disorders as well; 65% of families of SAD patients were noted to have some type of psychiatric disorder.3

Treatment Methods
There is no actual cure for SAD, but treatment is very successful. SAD has been described and treated by ancient physicians for hundreds of years and the specific treatment of choice was increased light exposure. Patients would be placed in the sun for several hours in order to implement the effects of healing. This practice continues today in a variety of ways and for reasons that have been abundantly researched and subjectively, if not empirically, proven. The prescribed lux (a unit of measurement for light intensity related to distance) is 2,500 to 10,000, which simulates light around dawn and dusk. Regular indoor light is only 300 to 500 lux and has not proven effective for reducing symptoms of SAD. Experiments with fluorescent lighting also have been tried with minimal benefit to the patient, and with marked complaints of eye soreness and increased irritability. Light therapy consists of a box containing several high-intensity bulbs that are covered with a plastic diffusion screen. No reports of eye damage have been noted. The recommended treatment time varies slightly in relation to lux vs exposure time, but the most effective results are reported as follows:

Dawn simulator boxes are designed to come on via a timer and provide gradually increased lighting, allowing patients to wake up on their own. Studies on light therapy and SAD patients have shown that 60% of these patients evidenced decreased symptoms of the disorder. Patients not responding solely to light therapy have shown improvement using a combination of light therapy and selective serotonin reuptake inhibiters (SSRI).1 Axelrod discovered the concept behind the reuptake in 1961 and 1962. Axelrod and Wurtman performed experiments that explain how the reuptake inhibition on the neurotransmitter actually works by blocking it. By effectively blocking the reuptake, serotonin remains longer at the synapse and enables a variable in mood, appetite, aggression, and sleep. In 1964, further studies by Axelrod and Snyder9 reported that serotonin was necessary for the maintenance of sleep cycles in rats. We now know that serotonin is responsible for the regulation of the human circadian rhythm as well.

Conclusion
SAD is a very real and sometimes debilitating disorder. It impacts every aspect of our professional, social, and emotional well-being. Some countries take it more seriously than others. For example, every Canadian university hospital houses a SAD clinic, and educational information has been provided to general practitioners including material on light therapy as well as pharmacological measures. In the United States, only 50% of light therapy boxes are covered under insurance policies, after a diagnosis is made by a physician. Switzerland is the only country where SAD treatment is covered 100%.8

Short of relocating to the tropics, here are a few things SAD patients can do:

Know that patients are not alone in this problem. Many cultures have believed it is necessary to instill light during the long winter months. All over the world, Christmas and Hanukkah are associated with decorative lights, and on December 13 in Sweden, St Lucia Day is celebrated by young girls wearing candles in a wreath on their head. October marks the beginning of the Hindu festival Diwali, which is a Sanskrit word meaning “row of lights,” when lamps are lit and fireworks are set off.

A subjective experiment was initiated at Parkridge Sleep Disorders Center prior to this writing, wherein several light boxes were placed around the office just after 1 week of flooding. Everyone experienced some degree of irritability during the flood and the atmosphere was tense. After 4 days of light therapy at 10,000 lux x 30 minutes per morning, it was observed that the attitudes became cheery and outright playful. The light boxes are now permanent fixtures. 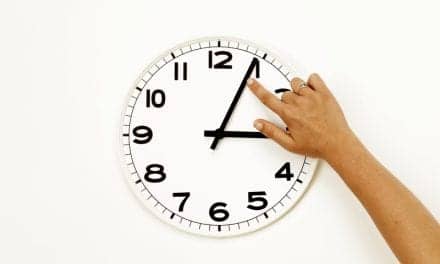 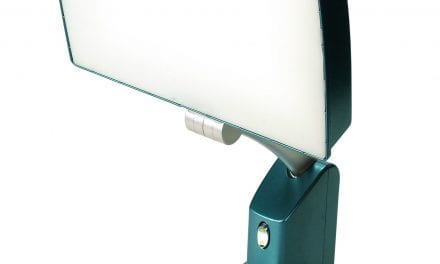 The Latest on Blue Light and Sleep