A trial of a multilevel upper airway surgery has led Australian experts to promote it as an option to specialists around the world for managing difficult obstructive sleep apnea (OSA) cases.

A new study of the surgery shows efficacious outcomes in sleep apnea patients who had been unable to use CPAP treatment, with patients achieving relief from snoring and disrupted sleep and experiencing improved general health, according to a new report in the Journal of the American Medical Association (JAMA).

The multi-level surgical technique combining a new version of palate surgery with a tongue procedure to create an improved airway resulted in a substantial reduction in the number of night-time apnea events and improvements in daytime sleepiness and quality of life. After removing any tonsils, the palate is repositioned and the tongue treated to open up the airway and reduce obstruction.

Flinders University’s Emeritus Professor Doug McEvoy, MD, FRACP, says the surgery offers promise to millions of people around the world who have OSA but can’t adapt to using a CPAP mask or similar device each night.

“This trial is the result of extensive prior research into the surgical treatment of sleep apnea and gives new hope to people who, without treatment, would each day continue to feel sleepy and depressed and may have their lives cut short by the detrimental effects of long-term interrupted sleep,” says McEvoy in a release.

Lead author University of Wollongong professor Stuart MacKay, MBBS (Hons), FRACS, who will give further details of the surgical clinical trial at the global online European Respiratory Society congress on 7 September and in a JAMA podcast, says about half of patients prescribed CPAP treatment are not using it consistently long term. “It’s very exciting to see so many patients getting a better night’s sleep with reduced snoring and less health risk after this surgery, ” says MacKay in a release.

Surgery animation: After removing any tonsils, the palate is repositioned and the tongue treated to open up the airway and reduce obstruction. Credit: Simon Carney, professor and ENT surgeon 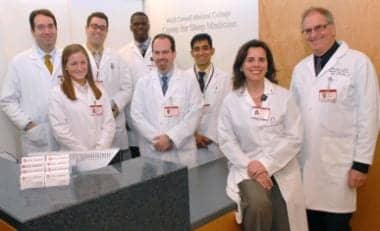