Ambien Dosage for Women Adjusted in 2013, But Sex Bias in Drug Trials Persists to This Day

Women are more likely than men to suffer adverse side effects of medications because drug dosages have historically been based on clinical trials conducted on men, suggests new research from UC Berkeley and the University of Chicago.

Researchers analyzed data from several thousand medical journal articles and found clear evidence of a drug dose gender gap for 86 different medications approved by the Federal Drug Administration (FDA), including antidepressants, cardiovascular and anti-seizure drugs, and analgesics, among others.

“When it comes to prescribing drugs, a one-size-fits-all approach, based on male-dominated clinical trials, is not working, and women are getting the short end of the stick,” says study lead author Irving Zucker, PhD, a professor emeritus of psychology and of integrative biology at UC Berkeley, in a release.

The findings, published in the journal Biology of Sex Differences, confirm the persistence of a drug dose gender gap stemming from a historic disregard of the fundamental biological differences between male and female bodies, Zucker says.

Women in the studies analyzed by Zucker and University of Chicago psychologist Brian Prendergast, PhD, were given the same drug dose as the men, yet had higher concentrations of the drug in their blood, and it took longer for the drug to be eliminated from their bodies.

And, in more than 90% of cases, women experienced worse side effects, such as nausea, headache, depression, cognitive deficits, seizures, hallucinations, agitation, and cardiac anomalies. Overall, they were found to experience adverse drug reactions nearly twice as often as men.

For decades, women were excluded from clinical drug trials based, in part, on unfounded concerns that female hormone fluctuations render women difficult to study, Zucker says.

Moreover, until the early 1990s, women of childbearing age were kept out of drug trial studies due to medical and liability concerns about exposing pregnant women to drugs and risking damage to their fetuses—as was the case in the 1950s and ‘60s with thalidomide, which caused limb birth defects in thousands of children worldwide.

“Neglect of females is widespread, even in cell and animal studies where the subjects have been predominantly male,” Zucker says.

Zolpidem, the popular sleep medication marketed as Ambien, lingers longer in the blood of women than of men, causing next-morning drowsiness, substantial cognitive impairment, and increased traffic accidents, Zucker says. For these reasons, the FDA in 2013 halved the recommended dosage prescribed to women.

In acknowledging the widespread male bias in both human and animal studies, the National Institutes of Health mandated in 2016 that grant applicants would be required to recruit male and female participants in their protocols.

While the inclusion of females in drug trials has increased in recent years, many of these newer studies still fail to analyze the data for sex differences, Zucker says.

Going forward, Zucker and Prendergast make the case for a broader awareness—in medical research, the medical profession, and the pharmaceutical industry—of the biological sex and gender differences that put women at a disadvantage when taking prescription drugs. They recommend dosage reductions for women for a wide range of drugs. 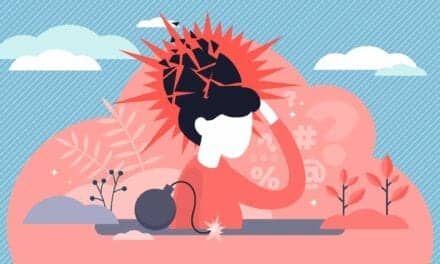