The Rundown On Melatonin Diffuser Pens

Shape: Melatonin diffusers are fairly new to the world of sleep aids and there are a number of new products that have recently become available.

For the past few months, melatonin diffusers — aka melatonin vaporizers or melatonin vape pens — have been making their way across social media, popping up in influencers’ IG posts and TikToks as the ~secret~ to scoring a great night of sleep. People are seemingly convinced that these vape pens help you fall asleep faster and sleep sounder than melatonin pills or chewables. And melatonin diffuser brands such as Cloudy double down on this claim, saying on their site that all you need to do is take a few puffs or hits of their “modern aromatherapy device” to sink into a restful slumber.

Melatonin diffusers are fairly new to the world of sleep aids, and they’re all a bit different; generally, they house a liquid (containing melatonin) that turns to a mist or vapor when inhaled. For example, Inhale Health’s Melatonin Lavender Dream Inhaler (But It, $20, inhalehealth.com) heats up to a temperature necessary to transform the liquid formula into an inhalable vapor, according to the company’s website.

Sound familiar? That’s because the delivery mechanism in a melatonin diffuser is, in fact, quite similar to any old e-cigarette or Juul. Now, to be fair, inhaling melatonin is not the same as vaping an e-cigarette, which contains nicotine, propylene glycol, flavorings, and other chemicals. In fact, melatonin diffuser brands Cloudy and Inhale Health both emphasize on their sites that their pens include melatonin as well as a handful of other fairly-safe ingredients. Cloudy’s device (Buy It, $20, trycloudy.com), for example, includes just melatonin, lavender extract, chamomile extract, grape extract, L-Theanine (a natural de-stressor), propylene glycol (a thickening agent or liquid), and vegetable glycerin (a syrupy like liquid).

Get the full story at shape.com. 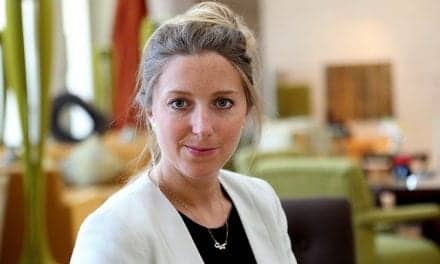