Imbrium Therapeutics LP, a subsidiary of Purdue Pharma LP, reports results from two Phase 1b studies evaluating the safety, tolerability, and efficacy of IMB-115 in patients with insomnia disorder. IMB-115 is a novel, highly potent, and selective partial agonist for nociceptin/orphanin-FQ peptide (NOP) receptors designed to promote sleep onset and maintenance at doses that show minimal or no residual next-day somnolence or psychomotor impairment. The data were shared in an oral presentation (Oral Session O-01) on August 28 and a poster (Abstract ID #502) at Virtual SLEEP 2020.

IMB-115 is an internally discovered oral compound with a novel mechanism of action in clinical development for the treatment of sleep disorders, including insomnia. It is designed to bind to and activate the nociceptin/orphanin-FQ peptide receptor, a protein widely distributed in the central nervous system and involved in a wide range of biological functions.

“Sleep disorders, particularly insomnia, impact millions of people in the US. About 10% of adults with insomnia experience side effects from treatments that are severe enough to cause daytime consequences; these patients often struggle to find relief despite available medications. This reinforces the need to explore new mechanisms in the brain that may contribute to challenges with sleep,” says Paul Medeiros, president of Imbrium Therapeutics, in a release. “These data add to the growing body of knowledge around IMB-115 and the NOP receptor pathway and underscore our commitment to advancing medical science to benefit patients.”

Results from both studies demonstrated a dose-dependent, statistically significant, and clinically meaningful enhancement in SE (1 mg – 10 mg) and reduction in WASO (0.5 mg – 10 mg). Additionally, with the exception of latency to persistent sleep (LPS) and subjective sleep latency (sSL), the data showed that all other objective and subjective measures of sleep were statistically significantly improved at IMB-115 doses ≥3 mg as compared to placebo. While there was a numeric, dose-dependent trend for improvement in sleep latency with increasing doses of IMB-115, at doses of <3 mg and <10 mg IMB-115 did not achieve statistically significant improvement in subjective sleep latency and latency to persistent sleep, respectively.

“Previously completed studies of IMB-115 demonstrated favorable pharmacokinetic properties for an insomnia treatment, including fast absorption, rapid renal elimination, and dose-proportional exposure within therapeutic doses. In addition, renal elimination represents the major clearance pathway of IMB-115, lowering the possibility of potential drug-drug-interaction when co-administrated with other drugs. Most importantly, at therapeutic doses IMB-115 showed drug liking responses that were comparable to placebo,” says Mingyan Zhou, PhD, director, Clinical Pharmacology, Imbrium Therapeutics, and study author, in a release. “The results from all completed studies provide important new insight into the safety and efficacy of IMB-115 and fully validate the need for the continued evaluation of NOP receptors as a novel target for the treatment of sleep disorders.”

Along with the Phase 1b abstract, Imbrium presented three additional abstracts at SLEEP 2020, which explore the potential utility of IMB-115 in targeting NOP receptors as a novel treatment approach for sleep disorders:

Imbrium is further evaluating the possible utility of IMB-115 in the treatment of insomnia associated with alcohol cessation (IAAC), as well as other psychiatric and neurological disorders. In October 2019, Imbrium announced the first dose was administered in a Phase 2 clinical study (OAG2002) evaluating IMB-115 for the treatment of IAAC.

This news item discusses an investigational new drug under development and is not intended to convey conclusions about efficacy or safety. There is no guarantee that the investigational drug will successfully complete clinical development or receive regulatory approval.

Are You Suffering from Sleep Deprivation? Eight Out of Ten Workers Not Getting Enough Kip 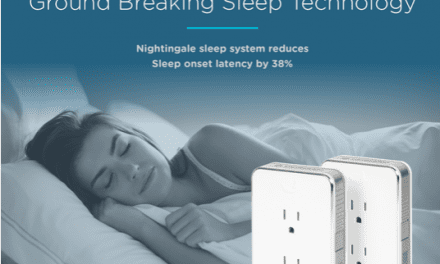 Smartphones May Have Potential in Treatment of Insomnia