Minerva Neurosciences Inc, a clinical-stage biopharmaceutical company focused on the development of therapies to treat central nervous system (CNS) disorders, announced that the European Commission has approved an amendment to its co-development and license agreement with Janssen Pharmaceutica NV  related to MIN-202 (JNJ 42827922), a selective orexin-2 receptor antagonist, and the related repurchase of all Minerva shares owned by Johnson & Johnson Innovation – JJDC Inc (an affiliate of Janssen).

The effectiveness of this agreement, entered into in June 2017, was contingent upon approval of its terms by the European Commission and upon the closing of the acquisition of Actelion Ltd by affiliates of Janssen. Each of these conditions has now been met, and the amendment is expected to take effect on August 29, 2017.

Under the amended agreement, Minerva gains global strategic control of the development of MIN-202 to treat insomnia, and Janssen foregoes its right to royalties on MIN-202 insomnia sales in Minerva territories. Minerva retains its rights to MIN-202 as adjunctive therapy for major depressive disorder (MDD), which include an exclusive license in the European Union, Switzerland, Liechtenstein, Iceland, and Norway, with royalties payable by Minerva to Janssen, and royalties on sales payable by Janssen to Minerva elsewhere worldwide.

Payments to Minerva by Janssen under this new agreement include an upfront payment of $30 million, $20 million at the start of a Phase 3 insomnia trial for MIN-202 and $20 million when 50% of the patients are enrolled in this trial. Janssen has waived the remaining payments due from Minerva for Phase 2 development of MIN-202, which total approximately $13 million. Minerva has assumed all financial responsibility for Phase 3 development costs for MIN-202 in insomnia. All Minerva stock previously owned by Johnson & Johnson Innovation – JJDC Inc, totaling approximately 3.9 million shares and representing approximately 9% of total Minerva shares outstanding, will be repurchased by Minerva at par value of $.0001 per share or approximately $389 in total.

As previously announced, Minerva’s cash, cash equivalents, and marketable securities as of June 30, 2017 were approximately $77.6 million. The company completed a public offering on July 5, 2017 that resulted in net proceeds of approximately $41.5 million. Combined with the $30 million upfront payment and the waiving of $13 million in payments for Phase 2 development of MIN-202 under the amended agreement with Janssen, these total proceeds and savings are expected to support anticipated data readouts from 5 clinical trials projected to take place by the end of 2019. These include the company’s planned pivotal Phase 3 trial with MIN-101 in schizophrenia, 3 Phase 2b trials with MIN-202 in insomnia and MDD, and a Phase 2b trial with MIN-117 in MDD. Additional clinical activity planned during that period includes a Phase 1 trial with MIN-301, which is in pre-clinical development.

MIN-202 is a selective orexin 2 receptor antagonist under development for the treatment of insomnia and as adjunctive therapy for MDD. 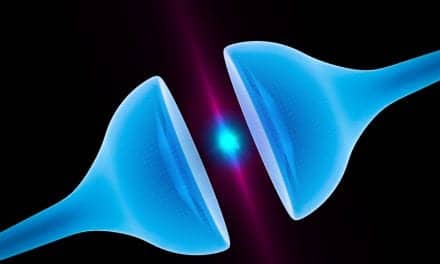