Avadel Pharmaceuticals plc has submitted a new drug application (NDA) to the US Food and Drug Administration (FDA) for FT218, an investigational, once-nightly formulation of sodium oxybate designed to treat excessive daytime sleepiness and cataplexy in adults with narcolepsy.

“The submission of our NDA represents a significant milestone for the company. We look forward to working with the FDA during the NDA review process in order to get once-nightly FT218 approved and commercially available to patients with narcolepsy who suffer from excessive daytime sleepiness and cataplexy,” says Greg Divis, CEO of Avadel, in a release. “If approved, we believe once-nightly FT218 has the potential to provide a valuable treatment option for sodium oxybate-eligible narcolepsy patients, including those who are not satisfied with the current twice-nightly treatment, which requires waking up in the middle of the night to take a second dose.”

FT218 is an investigational, once-nightly formulation of Micropump controlled-release sodium oxybate. In March of 2020, the company completed the REST-ON study, a pivotal, double-blind, randomized, placebo-controlled Phase 3 trial, to assess the efficacy and safety of FT218 in the treatment of excessive daytime sleepiness and cataplexy in patients suffering from narcolepsy. FT218 has been granted Orphan Drug Designation from the FDA for the treatment of narcolepsy. 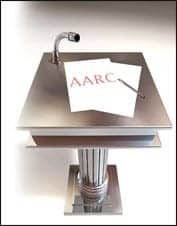