Tracking Sleep: Does Fitbit Measure Up to Clinical Standards?

We’ve come a long way from measuring the quality of our sleep by the hour, though that’s still important—only a generation ago it was recommended that we needed eight hours; before that, it was 10. Now, some estimates place it as low as seven hours.
But that’s only a small part of the complex sleep equation today; counting the hours alone is about as useful as counting sheep to fall asleep.

Besides, how much sleep a person needs is dependent on a web of factors, including age, sex and health.

The one truth everyone agrees on is that we all need some sleep for good health – mental and physical – and to function properly.

But the focus now is as much on the quality of the sleep we achieve as it is on the length. There’s a difference between sleep that’s long but interrupted, and sleep that’s short but sound.

Not that long ago, it was thought sleep was just a passive period of uniform, unconscious rest, but scientists have since deconstructed what happens and identified several distinct stages or cycles of sleep.

On any given night, we enter NREM followed by a period of REM. The complete cycle for both is anywhere between 90-120 minutes and is played on a loop throughout the night.

Non-REM is further broken down into three stages.

Stage one is the lightest and is often defined by slow eye movements and lasts about 10 minutes, as a person drops off to sleep. It’s when a person can experience muscle jerks and that strange sensation of falling.

Stage two is also characterised by light sleep, though less light than stage one, and this is when a person’s heart rate and breathing slow, and body temperature drops.

Stage three is when a person enters deep sleep, and this is when the body begins to repair itself. It’s the stage when if you try to rouse someone, they’ll appear disoriented and groggy.

It’s only after a person has passed through these stages of NREM that they enter REM, which is when the eyes rapidly move back and forth and the heart rate and breathing quicken. It’s also the period in which you dream. It accounts for about 20 to 25 per cent of sleep.

For all this measurement, though, there are those for whom insomnia robs them of the ability to sleep. The reality for those who suffer from the sleep disorder is it’s a waking nightmare, and one of the most commonly reported sleep problems in industrialized nations.

Polysomnography (PSG) is the benchmark technique for clinical research to objectively measure sleep. Through electrodes placed on your chin, scalp and outer edges of your eyelids and body, it measures and records your brain waves, the oxygen level in your blood, heart rate and breathing, as well as eye and leg movements.

“Clinically, patients often show up at sleep disorder clinics with output from such devices hoping their doctor can make sense of it.”

It is, however, time-consuming, expensive and intrusive, and requires trained sleep technicians to apply, record and visually score PSG records. To overcome these limitations, research-grade wrist sleep tracker watches (actigraphs) have been developed.

They can’t measure all the biomarkers of a PSG, relying instead only on motion, but they’re now considered a clinically accepted alternative to measure sleep and wake patterns in non-laboratory settings.

Sleep and technology aren’t the best of bedfellows, but increasingly, with the growing popularity of fitness watches that track personal data including sleep, people are turning to personal consumer devices to gain some of the same insights into their sleep, or lack of it.

But is this information really accurate? Does it measure up to the information gathered from research-grade actigraphs, and can it be helpful to doctors?

To answer some of these questions, Monash University researchers, in collaboration with the Center for Health Sciences, SRI Biosciences, in California, tested one model of Fitbit watch against a research-grade actigraph in two trials.

“Increasingly, individuals with sleep difficulties are turning to consumer sleep trackers to gain insights into their sleep,” said lead researcher Professor Sean Drummond, from the Turner Institute for Brain and Mental Health.

“Clinically, patients often show up at sleep disorder clinics with output from such devices hoping their doctor can make sense of it.”

For the first trial, the researchers collected in-lab sleep data from the Fitbit Alta HR in 42 people with chronic insomnia, to compare it with the research-grade Actiwatch Spectrum Pro and the PSG measurement.

This allowed them to ask the question: Does the Fitbit Alta HR measure what it claims to measure?

The answer, Professor Drummond said, was a qualified yes, at least when it came to measuring sleep versus wake in insomnia patients in a clinical setting.

The results were less positive, however, in measuring NREM and REM sleep stages.

“When examining sleep stages, the Fitbit Alta HR overestimates light sleep and underestimates deep sleep,” he said. “It missed 50% of the deep sleep and 35% of the REM sleep.

“This is critical for consumers to know, as they’re often fascinated by how much deep sleep or REM sleep they get. Unfortunately, our study suggests data on sleep stages obtained with this device simply cannot be trusted.”

Armed with these results, the researchers then conducted further in-home tests with 25 of those people over two, one-week periods, using the Fitbit Alta HR and the validated research-grade Actiwatch Spectrum Pro. The data was collected for one week before they received insomnia treatment, and again for one week after treatment.

“Overall, the Fitbit Alta HR performed equally well to the research-grade actigraph in almost every way,” Professor Drummond said of the second trial.

“Fitbit Alta HR can measure sleep in someone with insomnia just as well as the research-grade device commonly used.”

But the researchers cautioned that there were some limitations. Professor Drummond said as insomnia symptoms worsened, the Fitbit became less accurate – the Fitbit thought the person was asleep, when they were just laying still.

Neither device, he said, was useful in making a diagnosis of insomnia or in tracking treatment outcomes.

The study was published in the Journal of Sleep Research.

This article was first published on Monash Lens. Read the original article 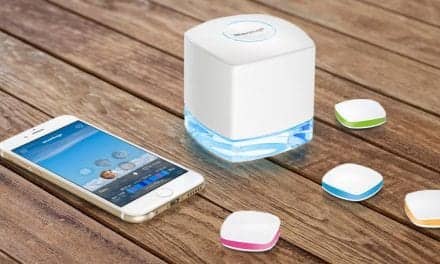 Hands On: Tracking My Kids’ Sleep With HugOne

The Cost of Workplace Fatigue