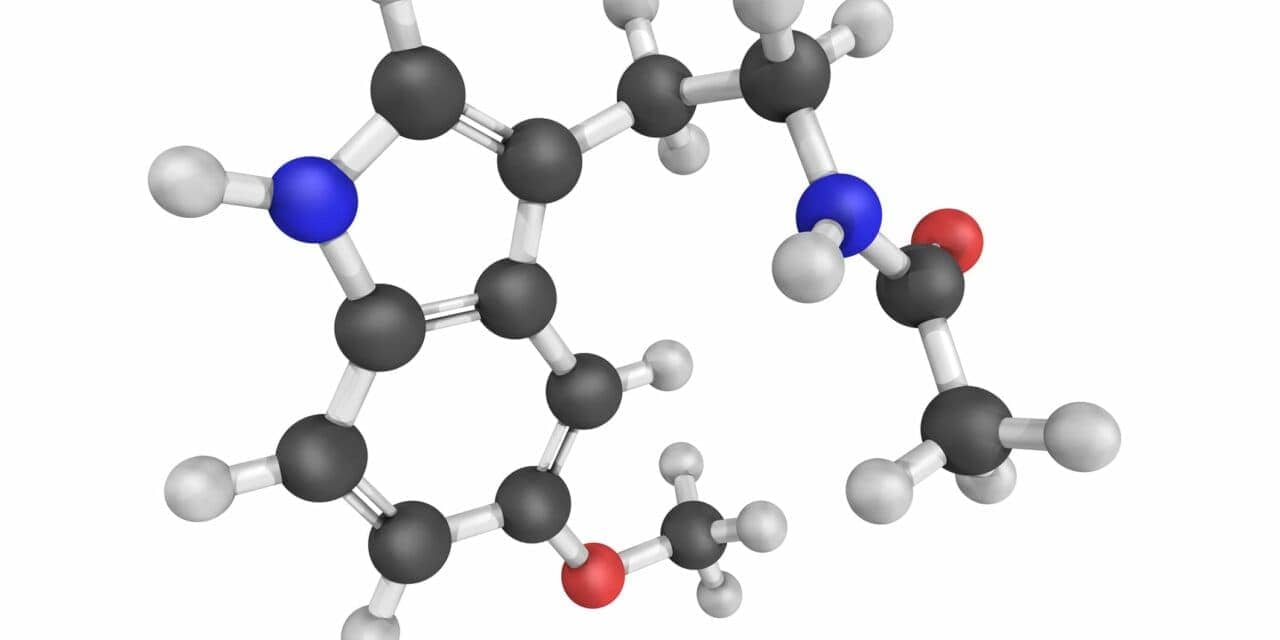 Mention melatonin and many people think of the over-the-counter sleep aid, but the hormone made in the brain’s pineal gland controls much more than just how sleepy one gets, according to researchers in the Jacobs School of Medicine and Biomedical Sciences, RIKEN in Japan, and other institutions.

Their research, published in the Journal of Pineal Research, reveals the multiple roles that the naturally occurring melatonin molecule plays in processes ranging from circadian rhythms to reproduction to “torpor,” an energy-conserving state similar to short-term hibernation.

“For the first time, we can say that endogenous melatonin is involved in the modulation of these physiological functions,” says Dubocovich, a senior and co-corresponding author on the paper, in a release.

“All species that ever existed continue to synthesize melatonin in the pineal gland, retina, and a number of peripheral tissues and organelles such as in mitochondria, where it signals through receptor-mediated pathways and often functions as a receptor-independent antioxidant,” Dubocovich says.

“It is well recognized that in both animals and humans, melatonin participates in regulating sleep, modulating circadian rhythms, enhancing immunity, and acting as a multifunctional anti-cancer agent through actions on its G-protein coupled receptors while retaining the ability to act as a free radical scavenger, anti-oxidant and anti-inflammatory agent.”

Dubocovich has pioneered research that has led to a better understanding of the role of melatonin in mammals. Over the past several decades, she has made major contributions to the scientific understanding of how melatonin impacts circadian rhythms, sleep disorders, drug addiction, and depression.

The new findings are the first to demonstrate unequivocally what endogenous melatonin does because the research was done on two genetically identical mice—except one mouse produced melatonin and the other did not.

“Previous studies on the role of endogenous, or naturally occurring, melatonin in physiological functions were conducted using rodents whose pineal gland had been removed,” Dubocovich says. “The drawback of that research is that this blocks the production not only of melatonin, but of many other molecules as well, so it wasn’t clear if it was the lack of melatonin or other molecules that was having the observed effect.

The findings pave the way for further investigations into the role of endogenous melatonin on the immune system, bone formation, inflammation, and actions on peripheral tissues involved in metabolic function, such as the pancreas and liver.

In particular, the researchers found that endogenous melatonin does the following:

The finding that melatonin induces daily torpor is of particular interest, the researchers say.. Torpor is a pre-hibernation state that allows mice to slow down their metabolism and survive when food is scarce, or temperatures are cold.

“The experiments conducted at RIKEN clearly demonstrated that in the mice that produced melatonin, there was a significant increase in daily torpor, which can last for hours, but only during periods of food scarcity,” Dubocovich says.

She notes that while daily torpor has not been clearly demonstrated in humans, there is interest in such a physiological state that could potentially be induced in astronauts to withstand long space journeys; it might also be relevant in treating critically ill or injured patients.

Melatonin’s effects related to torpor will also be valuable in further study on treating people with sleep disorders, depression, and seasonal affective disorder.

“Our research at UB showed that mice producing melatonin re-entrained faster after an abrupt six-hour advance of dark onset like in eastbound jet travel, facilitating clock alignment to destination time,” says co-first author Chongyang Zhang, MS, who graduated from the BS/MS dual degree program in pharmacology and toxicology at the Jacobs School and is now a doctoral student at the University of Rochester School of Medicine & Dentistry, in a release.

According to Dubocovich, evidence suggests that at least in terms of modulation of circadian rhythms by melatonin and other phase-shifting agents, there is a direct translation from mice to humans.

“In other words, the amplitude and direction of phase shifts by melatonin and other drugs identified in mice are directly translatable to humans,” she says.

Dubocovich notes that this finding is known to be responsible for the artificial selection of domesticated melatonin-deficient mice, who exhibit higher reproductive performance.

The researchers also settled the question of whether naturally occurring melatonin, which has been proposed as a possible anti-aging agent, has any life-extending effects: The research showed it does not.

Shannon J. Clough, PhD, a graduate of the doctoral program in neuroscience at the Jacobs School, is a co-first author.

Scheduled for Surgery? Here’s Why You Need Sleep Apnea Screening

Dutch Students’ Grades Lower Due to Lack of Sleep