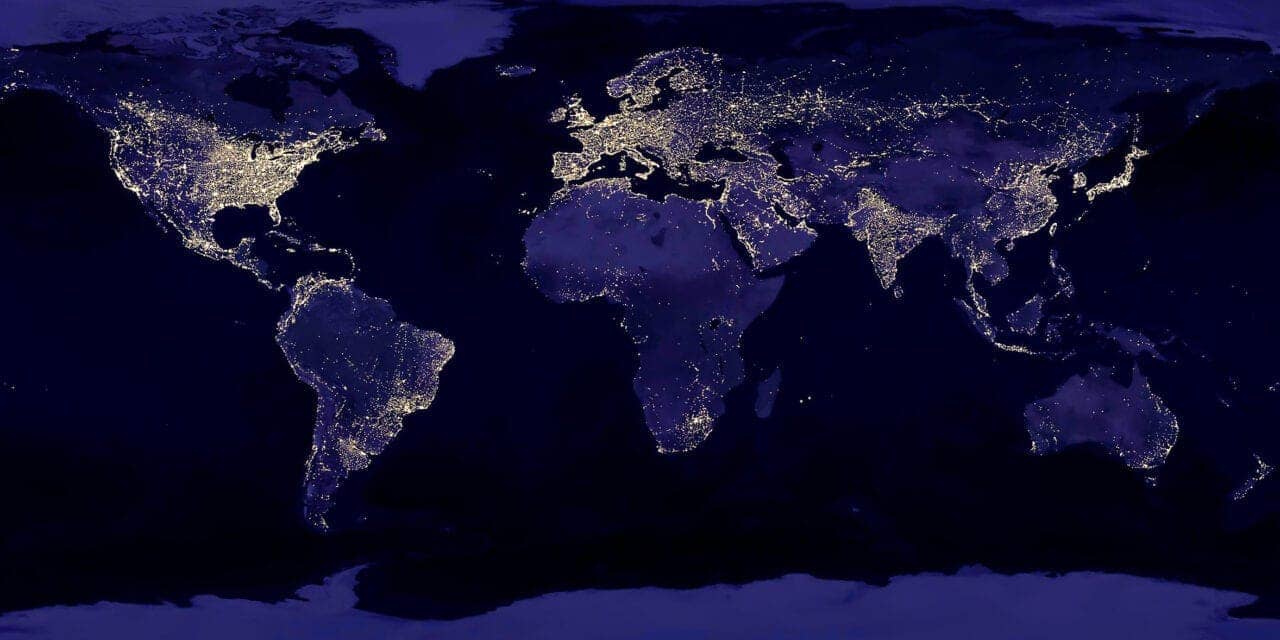 People living in regions with high levels of outdoor artificial light at night may face a higher risk of developing thyroid cancer. The finding comes from a study published early online in CANCER, a peer-reviewed journal of the American Cancer Society.

Over the past century, nightscapes—especially in cities—have drastically changed due to the rapid growth of electric lighting. Also, epidemiological studies have reported an association between higher satellite-measured levels of nighttime light and elevated breast cancer risk. Because some breast cancers may share a common hormone-dependent basis with thyroid cancer, a team led by Qian Xiao, PhD, of The University of Texas Health Science Center at Houston School of Public Health, looked for an association between light at night and later development of thyroid cancer among participants in the NIH-AARP Diet and Health Study, which recruited American adults aged 50 to 71 years in 1995-1996. The investigators analyzed satellite imagery data to estimate levels of light at night at participants’ residential addresses, and they examined state cancer registry databases to identify thyroid cancer diagnoses through 2011.

[RELATED: Is Too Much Artificial Light at Night Making Us Sick?]

The researchers noted that additional epidemiologic studies are needed to confirm their findings. If confirmed, it will be important to understand the mechanisms underlying the relationship between light at night and thyroid cancer. The scientists noted that light at night suppresses melatonin, a modulator of estrogen activity that may have important anti-tumor effects. Also, light at night may lead to disruption of the body’s internal clock (or circadian rhythms), which is a risk factor for various types of cancer.

“As an observational study, our study is not designed to establish causality. Therefore, we don’t know if higher levels of outdoor light at night lead to an elevated risk for thyroid cancer; however, given the well-established evidence supporting a role of light exposure at night and circadian disruption, we hope our study will motivate researchers to further examine the relationship between light at night and cancer, and other diseases,” says Xiao in a release. “Recently, there have been efforts in some cities to reduce light pollution, and we believe future studies should evaluate if and to what degree such efforts impact human health.”