Two sleep scientists from the University of Wisconsin School of Medicine and Public Health say their synaptic homeostasis hypothesis (SHY) of sleep challenges the theory that sleep strengthens brain connections.

The SHY hypothesis, which takes into account years of evidence from human and animal studies, says sleep is important because it weakens the connections among brain cells to save energy, avoid cellular stress, and maintain the ability of neurons to respond selectively to stimuli.

“Sleep is the price the brain must pay for learning and memory,” says Dr Giulio Tononi, of the UW Center for Sleep and Consciousness, in a release. “During wake, learning strengthens the synaptic connections throughout the brain, increasing the need for energy and saturating the brain with new information. Sleep allows the brain to reset, helping integrate newly learned material with consolidated memories, so the brain can begin anew the next day.”

Tononi and co-author Dr Chiara Cirelli, both professors of psychiatry, explain their hypothesis in a review article in the journal Neuron. Their laboratory studies sleep and consciousness in animals ranging from fruit flies to humans; SHY takes into account evidence from molecular, electrophysiological, and behavioral studies, as well as from computer simulations. ”Synaptic homeostasis” refers to the brain’s ability to maintain a balance in the strength of connections within its nerve cells.

Why would the brain need to reset? Suppose someone spent their waking hours learning a new skill, such as riding a bike. The circuits involved in learning would be greatly strengthened, but the next day the brain will need to pay attention to learning a new task. Thus, those bike-riding circuits would need to be damped down so they don’t interfere with the new day’s learning.

“Sleep helps the brain renormalize synaptic strength based on a comprehensive sampling of its overall knowledge of the environment,” Tononi says, “rather than being biased by the particular inputs of a particular waking day.”

The reason we don’t also forget how to ride a bike after a night’s sleep is because those active circuits are damped down less than those that weren’t actively involved in learning. Indeed, there is evidence that sleep enhances important features of memory, including acquisition, consolidation, gist extraction, integration, and “smart forgetting,” which allows the brain to rid itself of the inevitable accumulation of unimportant details.

However, one common belief is that sleep helps memory by further strengthening the neural circuits during learning while awake. But Tononi and Cirelli believe that consolidation and integration of memories, as well as the restoration of the ability to learn, all come from the ability of sleep to decrease synaptic strength and enhance signal-to-noise ratios.

While the review finds testable evidence for the SHY hypothesis, it also points to open issues. One question is whether the brain could achieve synaptic homeostasis during wake, by having only some circuits engaged, and the rest off-line and thus resetting themselves.

Other areas for future research include the specific function of REM sleep (when most dreaming occurs) and the possibly crucial role of sleep during development, a time of intense learning and massive remodeling of the brain.

Nap-deprived Toddlers May Be Missing Out on More than Sleep 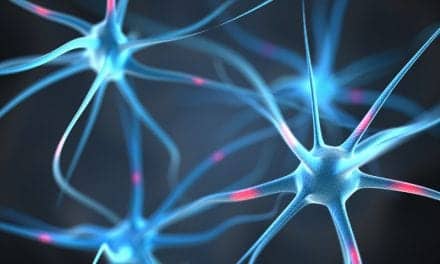