UC Riverside psychologist Sara C. Mednick has been awarded nearly $2.7 million in federal grants to continue researching the neural mechanisms of learning and memory, which has implications for improving sleep and memory for aging adults and the health of college students who pop so-called “smart drugs.”

Mednick previously led a team whose groundbreaking research confirmed the mechanism that enables the brain to consolidate memory and found that Ambien enhances the process.

The National Institute on Aging, the National Science Foundation, and the Department of Defense—Office of Naval Research have awarded Mednick grants to support research into sleep processes that are important for learning and memory, and how those processes might be manipulated to improve both.

Supported by a 5-year, $1.25 million grant from the National Institutes of Health—National Institute on Aging, Mednick is expanding on research published last year, which demonstrated the critical role that sleep spindles play in consolidating memory in the hippocampus region of the brain. Her team also showed that pharmaceuticals could significantly improve that process, far more than sleep alone.

The new study, which began in fall 2013, will investigate doses of Ambien needed to boost sleep spindles and whether declarative memory—the ability to recall facts and knowledge—improves as well. The next study will test the same question in older adults.

“Older adults have poorer sleep and less sleep spindles. They also experience decreases in verbal memory,” Mednick says in a release. “Maybe these decreases in cognition are related to less sleep. A question we hope to answer is, can we slow the cognitive aging process?”

In another project, Mednick and UC Berkeley neuroscientist Michael Silver will share a $450,000, 3-year grant from the National Science Foundation to study the role of neural transmitters that are known to be important for brain plasticity and memory consolidation.

The researchers will study whether a prescription drug used to treat dementia associated with Alzheimer’s disease and Parkinson’s disease–Rivastigmine–can improve declarative memory. Rivastigmine is known to activate acetylcholine, a neuromodulator known as the “memory molecule.” Acetylcholine plays a role in attention and arousal and works to activate muscles.

A $995,381 grant from the Office of Naval Research will support a study of the effects of psychostimulants such as Adderall and Ritalin–used to treat attention deficit hyperactivity disorder (ADHD)–on cognition and sleep.

“Off-label use of these drugs has been increasing dramatically in the college population, and there has been very little research on their impacts on healthy populations and on sleep,” Mednick says. “I am interested in how these drugs may be influencing sleep-dependent memory consolidation.”

The military is interested out of concern that the practice of giving so-called “go” and “no-go” pills to keep servicemen and women alert for long periods of time may affect cognition.

About one-third of college students–approximately 11 million young adults–take the ADHD medications without prescriptions, assuming that these so-called “smart drugs” will make them smarter and take the place of sleep, Mednick says. “Research shows they aren’t getting better grades, but they believe they will,” she says. This study will help determine if these drugs can replace sleep, “or if there is something so important about sleep that no pharmacological intervention can replace. What are the links between sleep disruption and cognitive decline?” 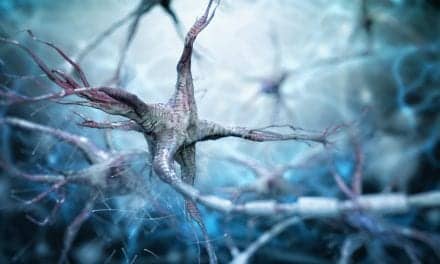 AAAS Honors Study that Shows How Brain Cleans Itself During Sleep

Where and What is Happening in Your Brain When You Sleep?