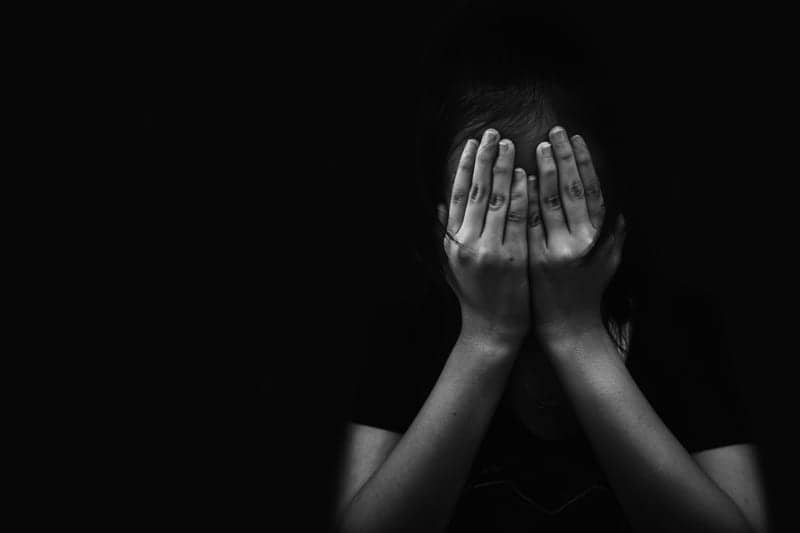 Rapid eye movement (REM) sleep is linked with reduced activity in brain regions involved in fear learning. Results of a study of young adults published The Journal of Neuroscience suggest that baseline sleep quality may be a useful predictor of susceptibility to post-traumatic stress disorder (PTSD).

Sleep disturbances are a common feature of PTSD. While previous research has focused on understanding how single nights of sleep influence the maintenance of already-established fear memories, few studies have investigated whether an individual’s regular sleeping habits prior to trauma contributes to the acquisition of these fear memories. 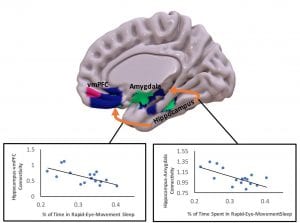 Itamar Lerner, PhD, Shira Lupkin, PhD, and their colleagues at Rutgers University had students monitor their sleep at home for one week using unobtrusive sleep monitoring tools, including a headband that measures brain waves, a bracelet that measures arm movements, and a sleep log. The students then participated in a neuroimaging experiment during which they learned to associate a neutral image with a mild electric shock. Students who spent more time in rapid eye movement (REM) sleep—the phase when dreaming occurs—exhibited weaker modulation of activity in, and connectivity between, their amygdala, hippocampus, and ventromedial prefrontal cortex during fear learning.

The authors replicated these results in a second study using traditional polysomnographic monitoring of sleep during the night just prior to fear learning. Taken together, the findings are consistent with the idea that REM sleep reduces levels of norepinephrine in the brain, which may dampen an individual’s sensitivity to fearful stimuli.