REM Behavior Disorder Could Be Precursor to Brain Degeneration

“This study found RBD most frequently led to neurodegenerative diseases called the synucleinopathies: Parkinson’s disease or dementia with Lewy bodies,” said Maja Tippmann-Peikert, MD, Mayo Clinic sleep medicine specialist, neurologist, and the study’s lead researcher. “From our findings, I would consider those with RBD at increased risk for these diseases.”

RBD is a sleep disorder in which patients act out their dreams, which are often unpleasant and violent, according to Tippmann-Peikert. This acting out results from a loss of normal muscle paralysis in REM (rapid eye movement) sleep, the dream stage, which ordinarily prevents enacting one’s dreams.

“The danger with RBD is that patients can hurt themselves or their spouses during the acting out behaviors—bruises, lacerations, bone fractures, and even subdural hematomas (brain hemorrhages) have been reported,” she said.

Other studies are under way to determine whether RBD is a state of pre-Parkinson’s, pre-dementia, or pre-multiple system atrophy (another type of synucleinopathy), according to the Mayo Clinic researchers. Studies have reported that as the brain-degenerating disease progresses, RBD may decrease in frequency and intensity or resolve completely, Tippmann-Peikert said.

There is no intervention to prevent those with RBD from progressing to Parkinson’s disease, dementia, or multiple system atrophy, she said, as the origin of RBD is not clear enough to develop an appropriate therapy. However, even though no preventive treatment exists yet, she said RBD patients can:

• Use safety precautions in their bedrooms to prevent injury. This could include moving nightstands away from the bed, using extra pillows or pillows on the floor next to the bed for extra padding, removing dangerous objects, such as weapons, from the bedroom, and locking all windows and doors to walk-out decks.

• See a sleep specialist and, if prescribed, take medications to suppress RBD symptoms.

• Become familiar with the signs and symptoms of Parkinson’s disease, dementia, or multiple system atrophy.

• Follow up regularly with a sleep specialist to monitor for signs of brain-degenerating illnesses, and consider a referral to a neurologist if any signs appear.

“Awareness of excessive nocturnal behaviors and dream enactment, and bringing it to the attention of a physician could lead to an early diagnosis of Parkinson’s disease, dementia, or multiple system atrophy,” Tippmann-Peikert said. “Hopefully, early identification of patients with idiopathic RBD will lead to close monitoring and early treatment of any developing neurological disorders.” 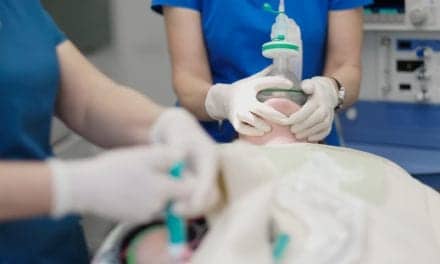 How Do We Disconnect from the Environment During Sleep and Under Anesthesia?

A Full Moon Affects Quality of Sleep in Humans

How to Get a Good Night’s Sleep: Recommendations From Global Leaders in Sleep Medicine