One in three Americans say their bed partner negatively affects their sleep, according to the Better Sleep Council. Separate bedding could help solve the problem, research shows.

That’s a huge problem if you consider it, as most Americans are already sleep deprived. According to the American Sleep Association, 35.3% of adults get less than seven hours of sleep a night; seven to nine hours is recommended.

Before you get a sleep divorce and stop sharing a bed altogether, think about the role your bedding plays in your sleeplessness. Could separate duvets and top sheets solve the issue? More and more research suggests it may help you sleep better, improve your mood and your relationship.

Rafael Pelayo, M.D., a sleep specialist and clinical professor at the Stanford Center for Sleep Sciences and Medicine, says he will recommend separate bedding for couples struggling with sleep. “When I make the suggestion — maybe use separate covers so they don’t fight over the covers — they kind of look at you quizzically, like it’s such an obvious thing to suggest, but it didn’t occur to them,” he tells Good Housekeeping. “It’s not a routine recommendation, but if somebody is telling me that they’re having concerns about one person moving too much or they’re uncomfortable in their bed because they’re fighting over covers, I suggest, why can’t you get two blankets? It seems to make sense.”

Get the full story at goodhousekeeping.com. 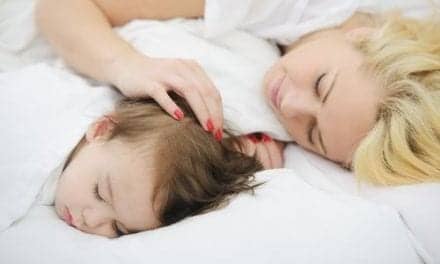 How Does Bed-Sharing Affect Your Partner?