One in Three Teens Are Driving While Drowsy

As daylight grows shorter and mornings are darker, research conducted by Liberty Mutual Insurance and SADD (Students Against Destructive Decisions) reveals that over half (56%) of licensed teens admit to having driven when they felt too tired to drive their best, 32% are driving drowsy at least sometimes, and nearly one in ten teens have completely fallen asleep at the wheel while driving.

“Drowsiness impairs driving performance and reaction time,” says William Horrey, PhD, principal research scientist at the Liberty Mutual Research Institute for Safety, in a release. “When our brains are tired, our attention, judgment and ability to act are greatly impacted, which has the potential for disaster on the road, particularly if there’s inclement weather or a critical situation requiring quick response. The situation can be exacerbated when the driver is a teenager without much experience. If parents, however, address this issue head on, they can foster safer driving practices to help remind their teens of the importance of staying alert on the road.”

Parents may also be unwittingly contributing to drowsy driving behaviors. In fact, 39% of teens surveyed said that household and family responsibilities impacted their sleep but only 11% of parents believed this contributed to their teens not getting an adequate amount. Additionally, 42% of teens said they aren’t getting enough sleep due to early morning activities, whereas only 19% of parents think the activities are the culprit.

“The pressures of school, sports, extracurricular activities, and friends can be overwhelming, and teens may not always have the confidence or self-awareness to raise a hand and ask for help if they’re running on empty,” says Gene Beresin, MD, senior advisor on adolescent psychiatry with SADD and executive director of The Clay Center for Young Healthy Minds at Massachusetts General Hospital. “Parents should have routine conversations with their teens beginning with open-ended questions to gauge the teen’s perspective on why they may be prone to drowsy driving. One good path to less worry is for parents to help teens map out their schedules to ensure they get enough sleep before early morning activities and have a ride home if staying out late.”

How Parents can Help Prevent Teens from Driving Drowsy

When it comes to changing teens’ behaviors on the road, it’s essential for parents to realize the important role that they play. Liberty Mutual and SADD offer the following tips:

Liberty Mutual Insurance and SADD commissioned Olson Zaltman to conduct implicit association testing with teens, and commissioned ORC International to conduct a quantitative survey that measured teen driving attitudes and behaviors. The implicit association testing (IAT) part of the Teen Driving Study was conducted February 10-29, 2016, among 2,650 teens, and the survey was conducted April 4-28, 2016, among 2,500 teens from high schools across the country.
Overall the findings from the Teen Driving Study can be interpreted at a 95 percent confidence interval, with an error margin of +/- 1 percent (IAT) and +/-1.9 percent (survey). Error margins for subsets such as licensed drivers will be wider. Additionally, the study included a survey of 1,000 parents of teenage drivers in high school that has an overall error margin of +/- 3.1 percent. 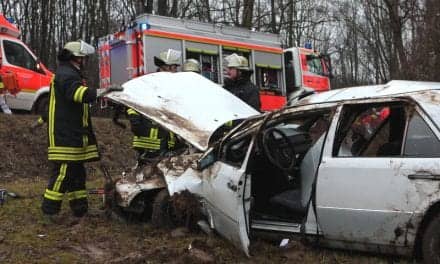