In addition to its public service announcement with Project Sleep’s Julie Flygare, Honda has also released a narcolepsy PSA with Wake Up Narcolepsy.

“We in the narcolepsy community applaud Honda’s efforts to join us in working to speed narcolepsy awareness by spreading awareness, the vital first step toward diagnosis, treatment, and a more normal life for people with narcolepsy (PWN),” says Monica Gow, executive director and co-founder of Wake Up Narcolepsy (WUN).

WUN worked closely with Honda and its communications partner Rubin Postaer and Associates to produce the PSA, to provide an accurate portrayal of narcolepsy and foster the understanding of a disorder affecting some 200,000 Americans.

“The more we learn about narcolepsy, the more we want to support leaders in the narcolepsy community and raise not only awareness, but true understanding about what it’s like to live with this debilitating sleep disorder,” says Tom Peyton, associate vice president, advertising and marketing, at American Honda. “Honda is pleased to do its part to help people everywhere living with narcolepsy by encouraging greater understanding of this challenging condition through our new PSA.”

15 CEOs On How Much Sleep They Actually Get 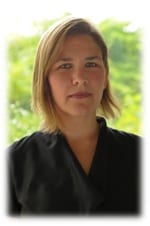 H1N1 Viral Proteins Could Be Link Between Pandemrix and Narcolepsy