William “Bill” C. Dement, MD, PhD, the “Father of Sleep Medicine,” died of cardiovascular disease in the early morning hours of June 17, with his family at his side. He was 91.

Born in 1928 in Wenatchee, Wash, Dement laid the foundation for the field of sleep medicine with his discoveries, and he leaves a legacy that includes the professional sleep organizations that he founded.

He made an early groundbreaking discovery while at the University of Chicago, where he studied eye movements during sleep and later related eye movement patterns to dream content. “The brainwaves were active during the REM periods, and I was the first one to record and study this continuously all night long,” Dement said in a 2016 interview published on Sleep Review‘s website.1

After leaving Chicago for New York, Dement was recruited by Stanford University in California, where he spent the rest of his career. “We opened the world’s first sleep disorders center at Stanford in the summer of 1970, thinking that if we advertise a little bit there will be patients with insomnia,” he said in the 2016 interview. “But mainly sleepy patients came to the clinic, and a lot of them had an illness called narcolepsy. I saw a huge number of narcoleptic patients in the early days because I was essentially the only guy in town until 1975. There weren’t any sleep disorder centers, and now there are well over a thousand in the United States and around the world, as a matter of fact.”1

At Stanford, Dement was the Lowell W. and Josephine Q. Berry Professor in the Department of Psychiatry and Behavioral Sciences, Emeritus. His legendary Stanford undergraduate course “Sleep and Dreams” debuted winter quarter of 1971, and over the years about 20,000 students took the class, according to an obituary published by Stanford.2 Though Dement retired in 2003, he continued teaching Sleep and Dreams, even participating virtually during the COVID-19 pandemic.

“Bill was laughed at and insulted many times in the early days of promoting the sleep science, but he knew the truth was on his side,” says longtime colleague and friend Rafael Pelayo, MD, a clinical professor of psychiatry and behavioral sciences at the Stanford Center for Sleep Sciences and Medicine. “He used his wit and intelligence to brilliantly succeed. For those who heard him lecture, he inspired audiences to work harder.” (Read a longer remembrance from Pelayo here.)

The Sleep Research Society states in its memorial:”Dement played a pivotal role in establishing the Sleep Research Society. In 1961, he joined other early sleep scientists who gathered informally to share research abstracts and observations. The organization became the Association for the Psychophysiological Study of Sleep, later the SRS.”3

Dement was the founding president of the American Academy of Sleep Medicine (AASM), which states in its memorial: “In 1975 he was instrumental in helping establish the Association of Sleep Disorder Centers, which would become the AASM, serving as president for the first 12 years.” Dement was also the first recipient of the AASM’s academic achievement award (in 1994), which now bears his name.4 “It is impossible to overstate the contributions that Dr Dement made to the field of sleep medicine,” says Kannan Ramar, MBBS, MD, current president of the American Academy of Sleep Medicine, in a release. “Dr Dement not only contributed groundbreaking research and practice experience, but as the founder and 12-year president of the organization that would become AASM, he laid the foundation for the sleep medicine community and all of the advances we have made and will make in the future. He will be missed.”

Dement was also encouraging of the sleep tech role, from its start. “We could always rely on Dr Dement’s recognition and support of sleep technologists efforts going back the advent of clinical sleep medicine,” says Todd Eiken, RPSGT, FAAST, vice president of product development at Dymedix Diagnostics. When Eiken was president of the Association of Polysomnographic Technologists (a predecessor to the AAST) from 1994 to 1996, he recalls, “It was always nice to know that I could count on the ‘Father of Sleep Medicine’ to support our growing group throughout those early years.”

Many sleep diagnostic and therapy companies also credit Dement with inspiring and encouraging them.

For company SleepQuest, the loss is felt acutely; Dement was the company’s chief scientific advisor. “In 1999, I began working with Dr William Dement to create a high quality, less expensive, and more convenient resource for the millions of Americans who suffer from sleep apnea,” says Robert Koenigsberg, CEO at SleepQuest. “Dr Dement has dedicated his life to advancing sleep medicine, and we share the belief the majority of both patients and primary care physicians are woefully uninformed about the ramifications of this serious medical condition. Dr Dement has made exhaustive efforts to educate the masses about the importance of a good night’s sleep and how we can identify and treat sleep disorders to live more productive and happier lives. SleepQuest is an extension of these efforts.”

Sleep specialist Dominic A. Munafo, MD, credits Dement’s confidence in home sleep testing (HST) with motivating him at SleepData. In the early 2000s, Munafo, medical director at SleepData and now also of daughter company BetterNight, was part of a group of sleep physicians who spoke to the Centers for Medicare & Medicaid Services (CMS) about why the physicians felt HST should be covered. “I was in a room with all of those giants of sleep medicine,” Munafo says, of being in the company of Dement, as well as Michael Coppola, MD, Phillip Westbrook, MD, and Kingman Strohl, MD. “When it was my turn to speak to CMS, I joked, ‘I’m just here to carry their bags!’ Then Dement quipped, ‘No, you’re here to help carry us to the future.'” (Ultimately, CMS began covering home sleep testing in 2008.) “It was a watershed moment [for me],” Munafo recalls.

At sleep medicine conferences, Dement was like a celebrity. He is an inspiration to so many sleep medicine professionals, and at events, he’d generally oblige future generations who asked to take photos with him.

With his passing, he is mourned by sleep medicine professionals all over the world.

Sleep professional Sonia Ancoli-Israel, PhD, says, “Bill was passionate about sleep and devoted his life to making people understand the importance of sleep. He touched all our lives. His sleep class at Stanford [“Sleep and Dreams”] was famous and likely thousands of students learned about sleep from him. I snuck in one day when my daughter, Sarah Gimbel, was taking the class and tried to hide in the back. Bill saw me and immediately called me out, asking my opinion about whatever it is he was saying. You couldn’t fool him.”

Ancoli-Israel, who in 2019 awarded the William C. Dement Academic Achievement Award (with Dement in the audience), adds, “When Tica Hall and I started the [Sleep Research Society] Conversations with our Founders series, Bill was our first interview.5 We taped him chatting with Al Rechtshaffen (another father of sleep) and with Tom Roth interviewing him….Bill was my friend and colleague. He will be missed.”

Sleep professional Meir Kryger, MD, says, “What a terrific teacher. When I taught at his Stanford course 3 years ago, it was apparent the students adored him. He joked with them, and when a student fell asleep, they would be sprayed with a water pistol, would awaken and say ‘Red Alert.’ Some students had the honor of getting to ride in the golf cart that Bill used to take to class. His driving wasn’t great!

“The most meaningful interaction I had with Bill in the mid-1980s was when he encouraged me to put together a sleep medicine textbook. He told me, ‘You can’t have a field, without a textbook!’ Without his pioneering work and the mentoring of many, who in turn mentored others, there would not have been a field of sleep medicine.”

Dement was also a talented musician.

In the late 1980s, Dement led a group of Stanford community jazz supporters, which backed the Department of Music’s new academic jazz program. “Bill was instrumental in helping to establish the new jazz program on firm footing at a time when its very existence depended on outside support,” Jim Nadel, founder of the Stanford Jazz Workshop and lecturer in jazz studies, says in the official Stanford obituary.2

More recently, during “Blues Night,” a live-music event that many times coincided with the annual SLEEP conference, Dement could be seen on stage playing stand-up base and singing with fellow conference attendees in The Blues Band. He was known to say, “I couldn’t cut it as a jazz musician, so I became a doctor.”

Updated 8/19/20 with age, cause of death, information from Stanford University, and additional quotes. Selections from this memorial will appear in Sleep Review‘s August/September issue. 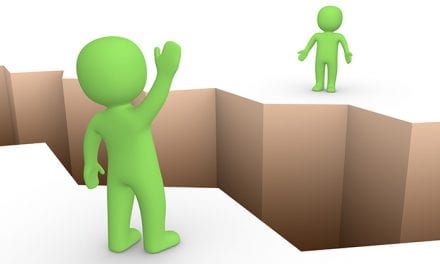 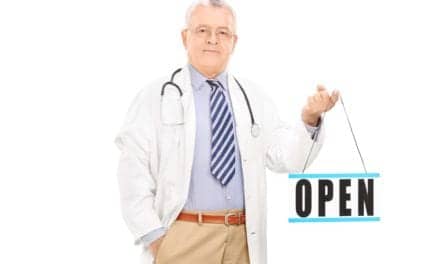 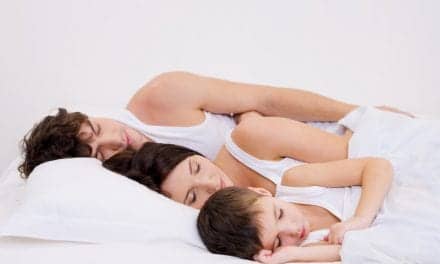