Joseph A. Giaimo, DO, MACOI, FCCP, was inaugurated as the 125th president of the American Osteopathic Association (AOA) on July 17. Giaimo, an osteopathic physician who is AOA board-certified in internal medicine, pulmonary medicine, and sleep medicine, has been working in private practice in Palm Beach Gardens, Fla, for more than 30 years. He ascended to the role of president during the annual AOA House of Delegates meeting, which commences his one-year term.

“The osteopathic approach, which emphasizes empathic, patient-centered care, has never been more relevant,” Giaimo says in a release. “Osteopathic physicians are a growing force in US health care today, and our organization stands ready to support the 168,000 osteopathic physicians (DOs) and osteopathic medical students as they manage the pandemic recovery and the monumental vaccination effort.

“Our body-mind-spirit approach is why the osteopathic profession has grown so dramatically in the past decades and why DOs are asked to serve in some of the most prestigious positions in the country,” Giaimo says. “Osteopathic medicine is recentering care in our nation’s health care system. I am so proud to be part of this tradition and this community.”

Osteopathic medicine was founded on the belief that all systems in the body are interrelated, each working with the other to heal in times of illness. Currently, DOs account for approximately 11% of all physicians in the United States and 26% of U.S. medical students. They are pediatricians, OB-GYNs, internists, anesthesiologists, psychiatrists, oncologists, family medicine physicians, emergency medicine physicians, dermatologists, plastic surgeons, ophthalmologists, cardiothoracic surgeons, and more.

Giaimo, the son of an osteopathic family physician who helped found a community hospital, is a proud graduate of the Philadelphia College of Osteopathic Medicine. He completed his residency and fellowship training at Rowan University School of Osteopathic Medicine and later joined the Naval Reserves where he was attached to a mobile fleet hospital unit stationed in the U.S. and abroad. He attained the rank of Commander.

Giaimo has served the osteopathic profession throughout his career. He has been an active member of the AOA Board of Trustees since 2008, and previously served as president of the Florida Osteopathic Medical Association (FOMA). Additionally, he remains active in his local community by serving as president of the Palm Beach County American Lung Association and Leadership Palm Beach County.

“Our overarching message this year will be DO Proud,” Giaimo says. “We will honor our distinctiveness and celebrate the professional accomplishments of our physicians and students. Advocacy and support for telehealth will also be part of my platform.” 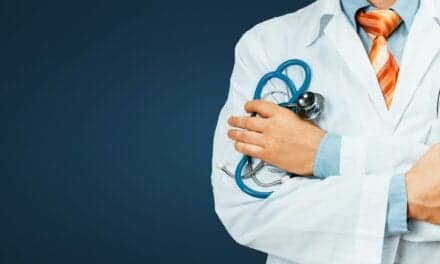