The #MeToo Movement, in addition to raising awareness, has provided people with a voice to speak out when they’ve been wronged, harassed, or assaulted. A new study shows that not only are sexual harassment and assault highly prevalent today, but they may also have negative health consequences. The results of the study “MeToo and Women’s Health: Sexual Harassment, Sexual Assault, and Midlife Women’s Health” results were presented during The North American Menopause Society (NAMS) Annual Meeting in San Diego.

The #MeToo Movement was created as a way to publicly demonstrate the widespread problems of sexual harassment and assault in the United States. The movement gained momentum in 2017, largely as a result of the highly-publicized Hollywood scandals and has remained strong throughout 2018, forcing a number of accused, high-profile individuals to be fired or resign from their positions.

While these repercussions have been largely positive, they fail to address the long-term consequences the victim suffered. In this new study involving more than 300 women, researchers sought to identify the prevalence of sexual harassment and assault, as well as their long-term impact on women’s health. Of the study participants, 19% reported workplace sexual harassment, 22% reported a history of sexual assault, and 10% experienced both exposures. Of note was the fact that women with a history of sexual harassment were more likely to be college educated, and yet have greater financial strain.

Looking at potential health consequences, the study found that sexual harassment was associated with higher blood pressure and greater likelihood of hypertension, greater triglycerides, and clinically poorer sleep quality. Sexual assault was associated with levels of depressive symptoms, anxiety, and sleep quality in the ranges consistent with clinical disorders. In addition to the NAMS presentation, study results are published in JAMA Internal Medicine.

“It is widely understood that sexual harassment and assault can impact women’s lives and how they function, but this study also evaluates the implications of these experiences for women’s health,” says Rebecca Thurston, PhD, lead author of the study and a professor of Psychiatry, Psychology, and Epidemiology at the University of Pittsburgh, in a release. Thurston is also a member of the NAMS Board of Trustees.

“The results of this study should remind healthcare providers of the need to ask questions and fully understand their patients’ histories when diagnosing and prescribing treatment for such problems as depression and sleep disorders,” says JoAnn Pinkerton, MD, NAMS executive director.

Is Biphasic Sleep Better For You? 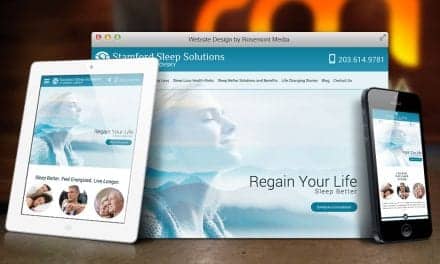