How Rafael Pelayo, MD, lives the legacy of the Father of Sleep Medicine and why the pediatric sleep specialist asks parents about their sleep.

Rafael Pelayo, MD, FAASM, decided to be a sleep physician the moment he knew the possibility existed. Peers in medical school were occasionally baffled but mostly curious. They asked: Why not choose an established specialty with more prestige?

“My family is from Puerto Rico,” says Pelayo, now a clinical professor and associate division chief for Community Commitment and Engagement, Sleep Medicine Division at Stanford University School of Medicine. “I remember another minority student saying, ‘You could be a cardiothoracic surgeon. Why are you talking about sleep?’”

Most medical students in the late 1980s did not even know sleep was a subspecialty. But Pelayo followed his passion and his prescient sense that sleep medicine was undervalued. Mentors ultimately guided him down a path that led to storied Stanford University in Palo Alto, Calif.

Born in New York in the early 1960s, Pelayo’s family moved to Puerto Rico when he was a child. Alternating between New York and the island, Pelayo starting reading about sleep as an undergrad at the University of Puerto Rico.

Back in New York for medical school, at the Einstein College of Medicine in The Bronx (affiliated with Montefiore Medical Center), psychiatry was Pelayo’s initial interest. But shortly after meeting professor of neurology Michael Thorpy, MD, Pelayo shifted to sleep medicine with a foundation in child neurology.

Thorpy encouraged Pelayo’s interest in the then-obscure subspecialty. But when Pelayo pursued sleep medicine fellowships, lack of fellowship funding was a problem. “I applied to three fellowships that he suggested, one of which was at Stanford,” Pelayo says. He was familiar with Stanford’s sleep medicine leadership and particularly with the work of the “Father of Sleep Medicine” William C. Dement, MD, PhD (who passed in June 2020). Pelayo remembers thinking, “I’m never going to get into Stanford, but I might as well apply, and if anything, I’ll get to meet Dr Dement.”

The director of the Stanford program confirmed they were merely doing the interview as a courtesy, as it had no funding for a sleep fellow. So Pelayo bought a disposable camera and took photos of the Bay Area to show to his wife (who at that time was an internist at Bronx Municipal Hospital and is now a sleep specialist in her own right), thinking it may be a long while before he came back to Northern California.

“Here’s the kicker,” says the 58-year-old Pelayo. “They said they misplaced my application and to please send another.” That is how Pelayo became Stanford’s only applicant for its sleep medicine fellowship in 1993 but also an applicant who had to apply twice.

Though initially believing he would be in Palo Alto for only a year, the stay lengthened, for both professional and personal reasons. Stanford became Pelayo’s sleep medicine home. “My wife is Chinese, and we saw all of these little mixed, diverse kids and families in Palo Alto,” Pelayo says. “In New York there are mixed families, but this was a different vibe….And once you get to Palo Alto, it’s hard to go back to The Bronx.”

These were heady times, with sleep pioneers coming through the clinic. “I got to meet famous sleep experts like Drs Jouvet, Sullivan, Ferber, Roth, and countless others,” Pelayo says. “From the onset, I was keenly aware that I was witnessing history, and I paid close attention to what was happening all around me.” When sleep pioneer Christian Guilleminault, MD, (who passed in July 2019) took a sabbatical year, Pelayo inherited his challenging patients.

During these formative years, Pelayo began to develop a guiding philosophy steered by the real lives of his patients. Instead of focusing on a sleep disorder, he emphasizes the interactions and impacts of sleep within a household, digging into interlinked sleep between family members, not just of his specific patient. He also focused on impacts during waking hours. Pelayo says, “I need to know how you are living your life if I’m going to understand how you sleep. Even though we’re sleep doctors, nobody comes to us in reality because of how they’re sleeping. They come to us because of how they feel when they’re awake.

“If one member of the family does not sleep well, it impacts everybody else. The other members of the family know that dad is grumpy in the morning if he didn’t get enough sleep.”

Pelayo often works with children who have disabilities such as cerebral palsy and seizure disorders. These children may participate in day programs but at night they are with their parents. Family sleep medicine means acknowledging “if that child is up at night, it interrupts the entire household. Parents must get their sleep because many are working at day jobs,” Pelayo says.

“Sometimes the best thing you can do for a family is help the parents sleep better, because then they can deal with the child’s sleep issues. If I see a mom who is tired because her child wakes up at night, but I think she has sleep apnea, how can I ignore that? Even though officially my patient is the child, I must get her sleep apnea fixed so she can better care for her child.”

Beyond helping families better their sleep, his role at Stanford means Pelayo has made an impact on decades of undergraduate students.

Pelayo could not have imagined when he first met Dement during the fellowship interview that the two would work together for so many years and become close friends. Dement tapped Pelayo to be his “successor” (Dement’s words) to Stanford’s perennially popular “Sleep and Dreams” course.

Since Dement passed in 2020, Pelayo now teaches Sleep and Dreams without his mentor by his side. But Dement is still very much present in hearts and minds: Pelayo changed the course’s name to “Dement’s Sleep and Dreams.

One of Dement’s children, Catherine Dement Roos, says, “I think Dr Pelayo is the perfect person to carry on my father’s legacy in the classroom. He has the passion and creativity to make the material come alive. He also interacts incredibly well with students. It is obvious to them that he is invested in their learning. I also appreciate that he honors and respects the legacy that my father, Dr Dement, leaves behind, both in the classroom and in research. They were colleagues and friends. My father entrusted his stories and his class to Dr Pelayo. Now he is the keeper of the flame.”

Dement’s legacy has also inspired Pelayo to accept sleep leadership roles. As of December 2020, this includes being president of the California Sleep Society. “We are trying to advocate for sleep health for the state of California,” Pelayo says.

He has also been active with the American Academy of Sleep Medicine (AASM) Political Action Committee. He testified in Sacramento to encourage California to delay school start times so students can get enough sleep. After the bill was signed into law, he worked on a virtual national summit to discuss effects of the new law.

Anoop Karippot, MD, FAPA, FAASM, immediate past president of the California Sleep Society and medical director of AKANE Institute, says, “He spearheaded the expert opinion at the California Senate regarding sleep in children to make SB 328 a state law with a late start school bill. This is a huge change for children and adults in California and in America.”

Founding president of California Sleep Society Clete A. Kushida, MD, PhD, FAASM, chief of Stanford Sleep Medicine’s division, says, “Dr Pelayo is an empathic and compassionate physician in the care of his patients, both pediatric and adult. Dr Pelayo is also passionate and devoted to enhancing public awareness about sleep and sleep disorders.”

AASM president Kannan Ramar, MD, FAASM, FCCP, did his sleep medicine fellowship training under Pelayo. He says Pelayo is a “kind, considerate, human being who is doing his best to serve patients and help them with not only with their sleep disorders but also to improve their sleep health. His high energy and enthusiasm for the field of sleep medicine is contagious.”

That enthusiasm is already looking forward to more advocacy achievements. “I like to work with the American Academy of Sleep Medicine on issues related to third-party payers and how they reimburse with sleep and what we can do to make things better for our patients,” Pelayo says. “The other thing that we’ve been doing at the advocacy level is: for the first time Congress has created a sleep caucus. That took us about three years to get two members of Congress, one from each party, to agree to work together to help promote the importance of sleep health in the United States. I think our next push is going to be determining: How do we get more members of Congress to join the sleep caucus? And then once the caucus is healthy, we need to actually get things done.” Eliminating Daylight Saving Time-related time changes is a top priority.

Teaching the Public ‘How to Sleep’

Another piece of Pelayo’s legacy is his new nonfiction book for the public: How to Sleep: The New Science-Based Solutions for Sleeping Through the Night, which published in December 2020.

“For a long time, the ‘rules of sleep’ were sleep hygiene rules that everybody knows, such as don’t read in bed and don’t drink coffee before bed,” Pelayo says. “The American Academy of Sleep Medicine has told us that these sleep hygiene rules really don’t help actual patients. In the day-to-day practice of sleep medicine, all of my patients know the sleep hygiene rules. They mention them all the time, but they’re still coming in with problems.”

The book goes far beyond sleep hygiene and tackles issues such as the causes of snoring, treating transient and chronic insomnia, combating jet lag, and how lifestyle choices impact sleep.

The title went through several iterations. When the publisher suggested “How to Sleep,” Pelayo worried it was too similar to neuroscientist Matthew Walker’s book entitled “Why We Sleep.” “So I reached out to him,” Pelayo says. “He was completely cool about it and even provided the blurb that is on the cover after he read my manuscript. I am very grateful to him….Our books actually complement each other, since he is a basic scientist and I am providing the perspective of a clinician. Besides people that like to cook have multiple recipe books, so why should sleepers only have one sleep book?”

Appropriately, Pelayo dedicated How to Sleep to Bill Dement. 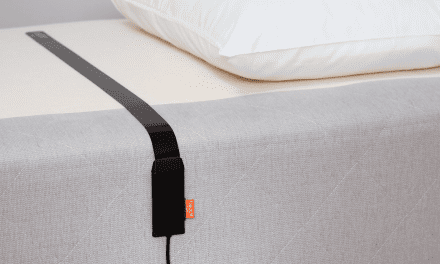