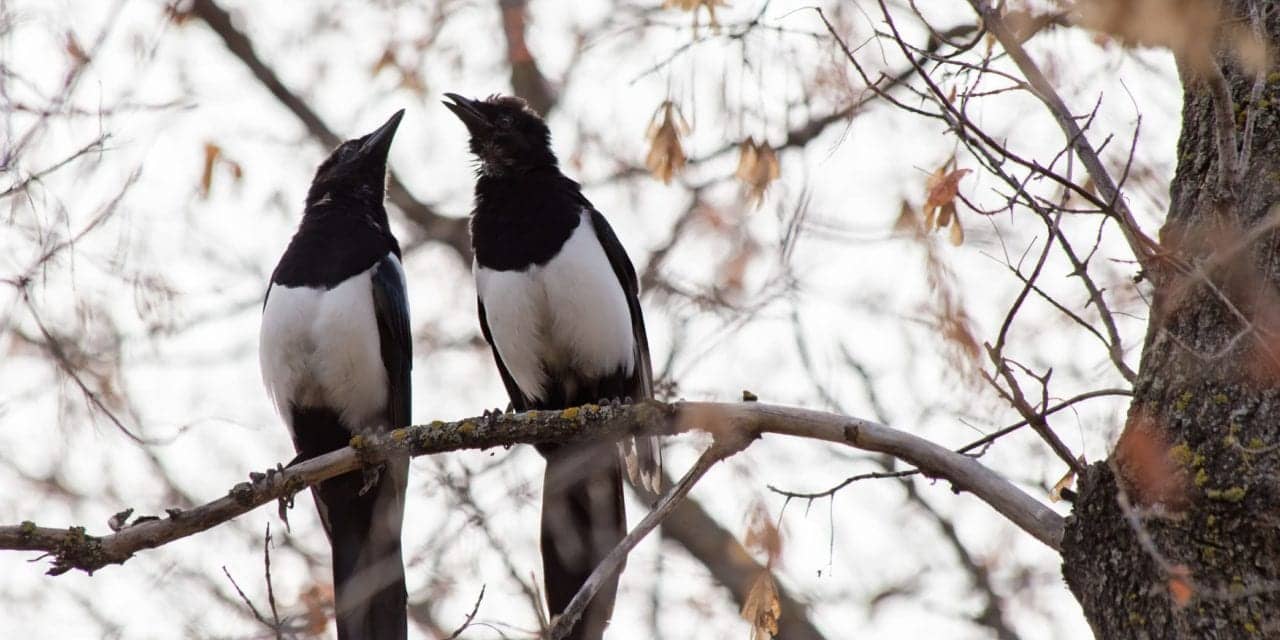 A new study of magpies and pigeons that reveals the harmful impact artificial light is having on birds’ sleep patterns.

The study by University of Melbourne and La Trobe University, published in Current Biology, measures neurological responses to light pollution in wildlife.

“Sleep is important for animals to not only function, but thrive,” says Anne Aulsebrook, PhD, University of Melbourne and La Trobe University researcher, in a release.

“While amber lighting appears to have a less damaging impact than white light on magpies, our findings suggest the relative impacts of light pollution on birds may be species-specific. Amber lighting can reduce sleep disruption in some birds, but it is not a solution for all species.

[RELATED: Some Birds Sleep With Half a Brain. Do Humans?]

“Additionally, disrupted sleeping patterns that force birds to catch up on sleep in the daytime could impact their ability to forage for food, fight off predators, and search for mates.”

The researchers looked at how birds’ sleep was affected by artificial white light and the apparently more “sleep-friendly” amber light.

They found light comparable in intensity to street lighting can disrupt the length, structure, and intensity of sleep in magpies and pigeons, regardless of the light’s color.

Utilizing miniature sensors to measure magpie and pigeon brain activity, researchers found their non-rapid eye movement (NREM) and rapid eye movement (REM) sleep cycles were altered when exposed to white and amber lighting at night, but that the magnitude of these effects differed between the species.

“We should think about using artificial light only as and where it’s needed,” Connelly says in a release.

“Switch off that porch light, install sensor lights, remove decorative lights from trees, balconies and other outdoor settings, and keep street and park lights directed to the ground or shielded where possible.

“And if you’re ever woken by the early call of a magpie, remember it could be just as sleep-deprived as you are.”

Trees Go to Sleep, Too

One Third Of Aussies Have Social Jet-lag