Although the name may suggest otherwise, Parkinson’s disease is not one but two diseases, starting either in the brain or in the intestines. A study published in Brain reaches this conclusion and says it explains why patients with Parkinson’s describe widely differing symptoms.

“With the help of advanced scanning techniques, we’ve shown that Parkinson’s disease can be divided into two variants, which start in different places in the body. For some patients, the disease starts in the intestines and spreads from there to the brain through neural connections. For others, the disease starts in the brain and spreads to the intestines and other organs such as the heart,” says Per Borghammer in a release.

He also points out that the discovery could be significant for the treatment of Parkinson’s disease in the future, as treatment should be based on the individual patient’s disease pattern.

Parkinson’s disease is characterized by slow deterioration of the brain due to accumulated alpha-synuclein, a protein that damages nerve cells. This leads to the slow, stiff movements that many people associate with the disease.

In the study, the researchers have used advanced positron emission tomography (PET) and magnetic resonance imaging (MRI) techniques to examine people with Parkinson’s disease. People who have not yet been diagnosed but have a high risk of developing the disease are also included in the study. People diagnosed with REM sleep behavior disorder have an increased risk of developing Parkinson’s disease.

The study found evidence REM sleep behavior disorder is a prodromal phenotype for the body-first type.

This knowledge is important and it challenges the understanding of Parkinson’s disease that has been prevalent until now, says Per Borghammer.

[RELATED: Why Some People with Parkinson’s Have Sleep Disturbances]

“Until now, many people have viewed the disease as relatively homogeneous and defined it based on the classical movement disorders. But at the same time, we’ve been puzzled about why there was such a big difference between patient symptoms. With this new knowledge, the different symptoms make more sense and this is also the perspective in which future research should be viewed,” he says.

The researchers refer to the two types of Parkinson’s disease as body-first and brain-first. In the case of body-first, it may be particularly interesting to study the composition of bacteria in the intestines known as the microbiota.

“It has long since been demonstrated that Parkinson’s patients have a different microbiome in the intestines than healthy people, without us truly understanding the significance of this. Now that we’re able to identify the two types of Parkinson’s disease, we can examine the risk factors and possible genetic factors that may be different for the two types. The next step is to examine whether, for example, body-first Parkinson’s disease can be treated by treating the intestines with faeces transplantation or in other ways that affect the microbiome,” says Per Borghammer.

“The discovery of brain-first Parkinson’s is a bigger challenge. This variant of the disease is probably relatively symptom-free until the movement disorder symptoms appear and the patient is diagnosed with Parkinson’s. By then the patient has already lost more than half of the dopamine system, and it will therefore be more difficult to find patients early enough to be able to slow the disease.”

The study from Aarhus University is longitudinal, that is, the participants are called in again after three and six years so that all of the examinations and scans can be repeated.

“Previous studies have indicated that there could be more than one type of Parkinson’s, but this has not been demonstrated clearly until this study, which was specifically designed to clarify this question. We now have knowledge that offers hope for better and more targeted treatment of people who are affected by Parkinson’s disease in the future,” says Per Borghammer. 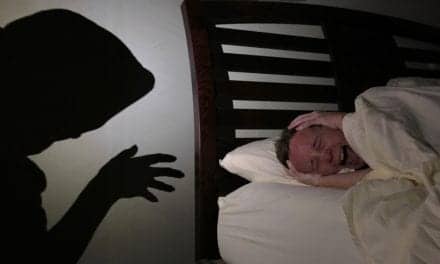 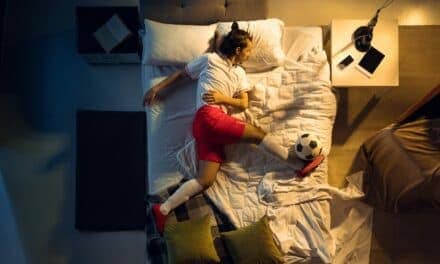