Christopher Earley, MBBCh, PhD, has moved our understanding of restless legs syndrome forward, in particular its relationship to iron and dopamine.

English physician Thomas Willis, MD, appears to be the first to publish a description of a patient with restless legs syndrome in his 1672 treatise, De Anima Brutorum.1 The syndrome was nonetheless ignored in medical diagnoses for centuries until Swedish neurologist Karl-Axel Ekbom in his 1945 publication presented the first large case series of patients with what he termed “restless legs.”2 Despite this recognition, the medical world carried on for decades with little understanding of restless legs syndrome (RLS).

In the 1950s physicians believed the disorder was likely due to abnormalities in the metabolism of the muscle tissue. But now as the mysteries of restless legs begin to unravel, there is no doubt that RLS is a syndrome of the brain.

Just in the last few years, pharmacological data has suggested that the neurotransmitter dopamine is not functioning normally in these patients. The proteins in the movement center of the brain that store iron, called ferritin, are low. The transporter proteins, transferrin, which carry the iron throughout the body are elevated,3 as they work in overdrive to get the essential mineral to the body’s tissues.

“You basically have the cells trying to shovel the iron around to take what little we have to mobilize it better,” says neurologist Christopher Earley, MBBCh, PhD, a Johns Hopkins University professor and researcher.

The discovery of how RLS patients lack iron availability in a part of their brains is due to the work of Earley and his research collaborators, whose initial work, published in the journal Neurology, launched a decades-long investigation into the pathophysiology of RLS. This foundational research led to a cascade of questions about the relationship between iron and dopamine production, the genetics of RLS manifestation, and the biological pathways that contribute to the development of this neurological disorder. This work ultimately led to new 2018 clinical guidelines on the treatment of RLS in the journal Sleep Medicine, which specifically explain how to evaluate RLS patients for low iron and when to offer iron therapy.4

These research projects are “all settled little stepping-stones that have allowed me to step higher and higher in the process of understanding this disease,” Earley says. “The real thing for me is that I have been able to grow with this and…provide my patients with better treatment options.”

“His work has framed much of the discussion of iron issues in restless legs, and it has been a leading light pushing this work forward,” says long-time collaborator Richard Allen, PhD, a research associate in neurology at Johns Hopkins University.

Twice a day, Earley and Allen, whose university offices are just down the hall from one another, sit together over a cup of tea to incubate some of the most pressing research questions around RLS.

“We have explored the basic foundations of restless legs and really discovered one of the basic biological features. Dr Earley’s work has been critical in that respect,” says Allen.

After doing his PhD in neuropharmacology at the National University of Ireland in Galway, Ireland, and then going on to studying medicine at the same university, Earley eventually arrived at Johns Hopkins as a junior neurologist, where his superiors asked him if he would work in the sleep clinic to cover his salary.

At the time, he knew nothing about sleep, but he quickly became intrigued with the discipline when his first patient came in experiencing restless legs. She claimed that she had not slept for more than three hours at a time for the last 20 years, but she appeared vibrant and energetic.

“She looked more bright-eyed and bushy-tailed than I did,” Earley says. “Me personally, I need my eight hours.”

The patient desperately tried to convey how she felt an irresistible compulsion to move as soon as she laid down to go to sleep. At the time, barely able to believe this woman’s story, Earley asked her to wear an activity meter and found that, at most, she was getting just two hours of sleep each night.

“I just found this curious on a couple of different levels…and I was just mystified as all novices would be,” he says. “One of the interesting things about restless legs is this paradox: Despite this phenomenal sleep loss that they have, they don’t suffer the often-profound consequences that we would see in most people who lose sleep.”

Earley then studied the work of Swedish neurologist Ekbom, who created a widely accepted description of RLS and was the first to draw a connection between iron and the disease. He learned of another researcher, physician Nils Nordlander, who reported on the use of intravenous (IV) iron as a therapy for RLS in 1953. This paper described how IV iron infusions diminished symptoms in 18 out of 20 patients.5

“He noted in this clinical population that some of these women who had an iron deficiency anemia, also had restless legs syndrome symptoms. And in the process of treating the iron deficiency, he discovered that it also eliminated the symptoms,” says Earley.

“So then they took it another step and said, ‘Well, is it possible that even though most patients with RLS don’t have an anemia…that they could have another [part] of the body that is iron-deficient?’”

It’s this question that inspired Earley to become interested in the brain. He wanted to understand why many RLS patients have normal iron blood serum levels but respond positively to IV iron. He and his collaborators thought that the part of the brain that is normally very enriched in iron and has a critical role in modulating motor movement, the substantia nigra (SN), was the first place they should look.

This led to Earley’s foundational Neurology paper, which looked at the abnormalities in cerebrospinal fluid (CSF) concentrations of ferritin and transferrin of restless legs syndrome patients. This study demonstrated the unique nature of iron homeostasis throughout the body and a clear dissociation from the iron homeostasis in the brain versus peripheral systems, explains Earley. In other words, patients can have normal iron blood levels but have a deficiency in their brains or livers or spleens.3

Not long after these early studies, Earley began looking deeper at IV iron therapy. One of his early papers on IV iron found that after a single IV iron treatment, 60% of patients showed complete remission of RLS symptoms and remained free of any other RLS medication for 3–36 months.6 In another, multi-center, randomized, placebo-controlled trial of 46 RLS patients, Earley and his colleagues concluded that IV iron is a safe and effective treatment, which allows some patients to live symptom-free without taking any medication for at least 24 weeks. There were no significant adverse events, according to the research published in the journal Sleep Medicine.7

“That has been the impetus for me implementing that in my general practice,” says Earley. “IV iron treatment really should be part of the standard management of patients with restless legs syndrome.”

Why IV iron therapy as opposed to oral iron supplementation?

The digestive system in the human body actively controls the absorption of iron—and limits how much of the mineral enters the bloodstream. If a patient has anemia, their absorption of iron through the gut would be about 20%. For individuals who are not anemic but with a ferritin in the low-normal range, their absorption is down to about 2%, says Earley. The problem is only a small amount of iron is absorbed with oral doses. When using IV iron, clinicians can more effectively increase the amount of iron availability in their patients, says Earley.

“Until we find a decent biomarker that shows that this person is going to respond and this person is not going to respond, the object here is to maximize your return so that a reasonable amount of people will have a chance to have some response. Pushing your iron levels up to the high-normal range is relatively safe and provides, I think, a larger number of people a treatment that is going to work for them,” he says.

Then Earley and his colleagues launched a new research project to investigate the RLS-iron-dopamine connection. Since dopamine agonist medications have been established as a way to ease the symptoms of RLS, it would make sense that there may be a relationship between iron availability in the brain and the production of dopamine.

The inbred strains of mice were also used to investigate and isolate possible genetic components of RLS and iron availability. Earley and his collaborators found that the glutamate transporter 1 strongly correlated with the amount of iron in the brains of mice, according to their paper published in Neurogenetics.8

Now, the current model in understanding RLS is: There is a set of genetic factors that lead to a low or insufficient level of iron in the brain, which downstream may impact dopamine receptors, causing their signal to become blunted, which leads to inadequate amounts of dopamine “activity.” “We feel that the first element of that defect is to increase glutamate production and down field is a consequence on the dopamine system,” says Earley.

“I am extremely proud that I have been able to continue to grow my understanding of restless legs syndrome from a clinical point of view,” says Earley. As his research has progressed, so has Earley’s approach to treating his patients. And about every five years he looks back at his notes and says, “Wow, what was I thinking then?”

The search for a deeper understanding of RLS is not over yet, but it may be almost there. Earley says, “You know, I just feel so close, both biologically and clinically, to almost grasping this.” 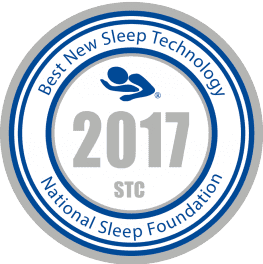 TODAY Show Kicks off “Snooze or Lose” Series on November 10 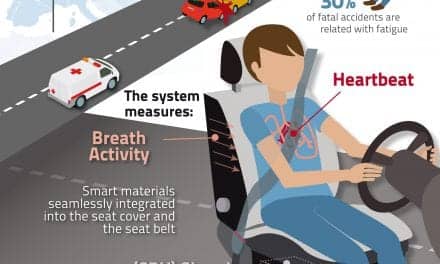