"Many people with RLS will have spent months or years trying to get a diagnosis and find a treatment that can help them. So these 5-year results provide additional evidence that, once they start using rotigotine, people with RLS may experience long-term relief from their symptoms, and a significant proportion may become symptom-free," said Diego Garcia-Borreguero, MD, director, Sleep Research Institute, Madrid, Spain.

This study of rotigotine in patients with moderate to severe RLS was the longest ever open label prospective follow-up of a placebo-controlled phase 2 trial in RLS. The final 5-year results confirm the safety and efficacy of rotigotine seen at previous interim analyses, with over a third of patients followed up remaining symptom-free after 5 years of treatment.

The study looked at improvement in symptoms based on the International Restless Legs Syndrome Study Group Rating Scale (IRLS). The total IRLS score ranges from 0 (no symptoms) to 40 (very severe symptoms). A score of >20 indicates severe RLS.

The mean IRLS score was 27.8 at baseline, improving by 18.7 points to 9.0 at the end of the study. Sustained improvements were also seen in quality of life and other RLS rating scales.

Most adverse events (AEs) were mild to moderate in intensity, the most common AEs being application site reactions (58%), nasopharyngitis (19%), back pain (14%), nausea (12%), and fatigue (11%). Thirty percent of patients discontinued the study due to an AE. 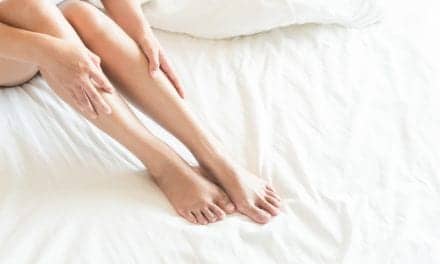