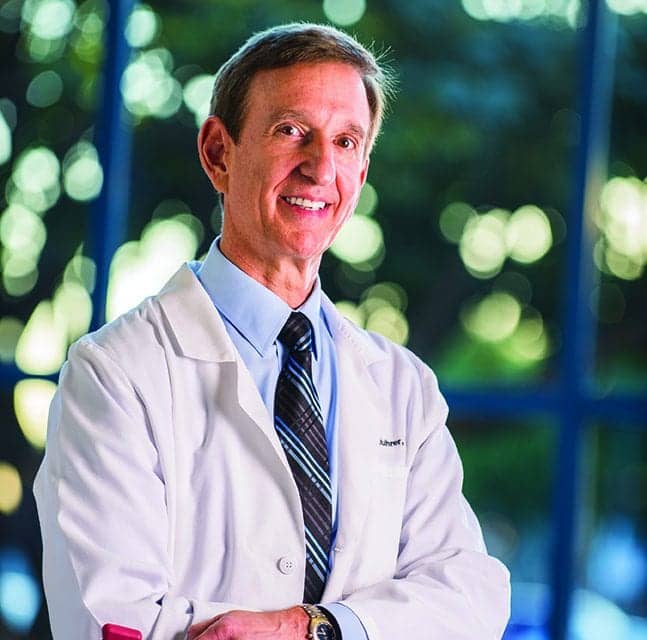 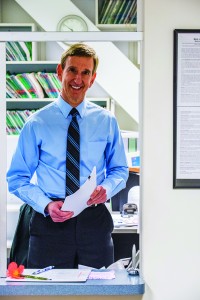 In addition to seeing patients at his private practice, Buchfuhrer practices at the monthly Restless Legs Syndrome Clinic at the Stanford Center for Sleep Sciences and Medicine and is the medical advisor of a Southern California RLS support group.

Restless legs syndrome (RLS) augmentation is a formidable foe. It describes a not-uncommon phenomenon in which—after weeks, months, or years of a patient’s RLS (also known by the newer name of Willis-Ekbom disease) being well controlled by a dopamine drug—the symptoms become more intense, take less time to occur when at rest, manifest earlier in the day, return more quickly after taking therapeutic medication, and may spread to other parts of the body.

Science does not fully understand why augmentation occurs. Drug tolerance may be a component, but the phenomenon goes further than that. “After giving the patient dopamine agonists for a while, the dopamine receptors start acting very strangely. It’s similar to tolerance, but then it goes further to something we don’t really see in other diseases,” says Mark Buchfuhrer, MD, a Downey, Calif-based restless legs syndrome specialist. “The drugs actually make the RLS worse.”

Most physicians’ response to augmentation is to increase the dose of dopamine agonists, the typical first-line therapy, sometimes to doses even higher than the manufacturer’s recommendation. “They think, ‘Since increasing the dopamine agonist dose or adding earlier doses fixed the problem before, doing this again should work well and relieve my patient’s symptoms,’” Buchfuhrer says. But as a specialist whose patient population consists mostly of patients with severe RLS who suffer from augmentation and have failed treatment elsewhere, Buchfuhrer offers a new paradigm: take patients off short-acting dopamine agonists entirely. His therapies have helped more than 95% of the “hopeless” RLS augmentation patients who arrive at his private pratice in Southern California and at the monthly Restless Legs Syndrome Clinic at the Stanford Center for Sleep Sciences and Medicine in Nothern California. The Willis-Eckbom Foundation recently certified the Stanford Center as a WED/RLS Quality Care Center. 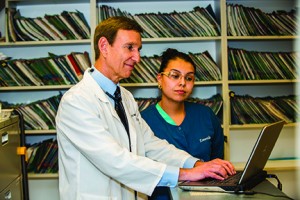 Buchfuhrer’s team tends to see patients who have already seen their local sleep specialists or neurologists but are still seeking relief from RLS.

One concern with the patch, Buchfuhrer notes, is, as a 24-hour drug, it may mask an earlier onset of symptoms, a telltale sign of augmentation.
The most common side effect of the patch is a skin reaction, which is also the most common reason patients stop the medication.

?2? ligands. A wholly different first-line treatment option is ?2? ligands. The ?2? ligands are gabapentin enacarbil, pregabalin, and gabapentin. Only gabapentin enacarbil is FDA approved for RLS. At SLEEP 2014 in Minneapolis, Buchfuhrer’s position in a conference debate was that short-acting dopamine agonists should no longer be a first-line RLS therapy. One component of his argument is that, in addition to potentially leading to augmentation, dopamine agonists have been linked to impulse control disorders.2 Another component is that ?2? ligands are an equal or better first-line treatment for many patients. ?2? ligands help treat painful RLS symptoms and neuropathy. Additionally, they cause sedation that is typically maximal at bedtime, which helps RLS patients with their comorbid insomnia. “You kill two birds with one stone,” Buchfuhrer says.

A hurdle to using these drugs is many insurers won’t approve them until a patient has tried and failed the less expensive short-acting dopamine agonists, Buchfuhrer says.

Iron supplementation. Most physicians know that RLS may be linked to iron deficiency, but most fail to check patients’ serum ferritin level. “If you check just hemoglobin or iron levels, that doesn’t reflect the stores,” Buchfuhrer says. “The other numbers may be normal, but you need the serum ferritin to understand the iron stores.” For non-RLS patients, a normal serum ferritin is greater than 10 to 20, Buchfuhrer says. For RLS patients, the desired level is markedly higher—greater than 50 to 75.

Having patients orally ingest iron (on an empty stomach with an acid, such as orange juice) is an option for increasing serum ferritin, but many patients are unable to reach target levels with this method due to side effects and decreased iron absorption as ferritin levels increase. For those patients, Buchfuhrer employs intravenous iron infusion therapy, an experimental option. Buchfuhrer has seen dramatic improvement in more than half of patients who undergo the infusion. On average, patients need a repeat infusion every 18 months, Buchfuhrer says.

Nonpharmacological options. Buchfuhrer was involved in clinical trials of the Relaxis device, a newly FDA-cleared vibration pad that provides a counterstimulation to help improve the quality of sleep in RLS patients. “Many RLS patients will rub or move their legs to provide their own counterstimulation and lessen symptoms, but when you do that yourself, it keeps you awake. Here, you just push a button, then you can then fall asleep,” Buchfuhrer says. Buchfuhrer says this new option may be the only therapy a patient needs (in mild to moderate cases) or can significantly reduce the amount of needed medications (in moderate to severe cases).

Opioids. For patients who do not respond to first-line treatments, opioid therapy may be a viable choice. “Most physicians, even specialists such as neurologists and sleep specialists, markedly underuse opioids in situations in which they are necessary and in which alternative therapy either does not exist or is not as effective,” Buchfuhrer says. Potent opioids are especially effective at smoothing the transition away from dopamine agonists. Of course, the physician must work closely with the patient to find the lowest dose that relieves RLS symptoms.

There are risks with opioids, but Buchfuhrer says picking candidates for this treatment carefully and monitoring them closely may mitigate risks. “I do urine testing on every visit,” he says. “That way you make sure they are taking the prescribed drug and are not taking other opioids.”

For patients for whom opioids provide long-awaited relief, the benefits of prescribing this class of drugs are enormous. Buchfuhrer says, “I have lots of patients who have been on opioids for 20-plus years and who are doing extremely well with zero problems. Their lives are RLS free.”
Combination therapies. Another option is prescribing previously “failed” drugs at lower doses together. In a paper published in Neurotherapeutics, Buchfuhrer says, “Often, adding failed medications at lower doses together may circumvent the emergence of side effects and their combination may provide effective relief when any of the drugs alone has not been helpful.”3 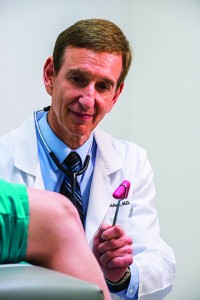 The International Restless Legs Syndrome Study Group, of which Buchfuhrer is a member, is preparing an algorithm on how to treat augmentation. It hopes the algorithm will be published later this year.

Other valuable resources include peer-reviewed articles in sleep and neurology journals, Buchfuhrer says, and the annual SLEEP meeting, which usually includes an RLS postgraduate course.

Buchfuhrer says, “We tend to see patients who have seen the sleep specialists or neurologists in their local communities. Most of our patients have seen a few or more. By the time we’re done, over 95% of those difficult patients are doing extremely well with respect to their RLS….Most anyone can do this with time, effort, and experience. But you have to be willing to use many different medications (which are often off-label), sometimes in combination, and you have to understand when augmentation is occurring and not get your patients on high doses of short-acting dopamine agonists.”