A Short History of Sleeping Pills 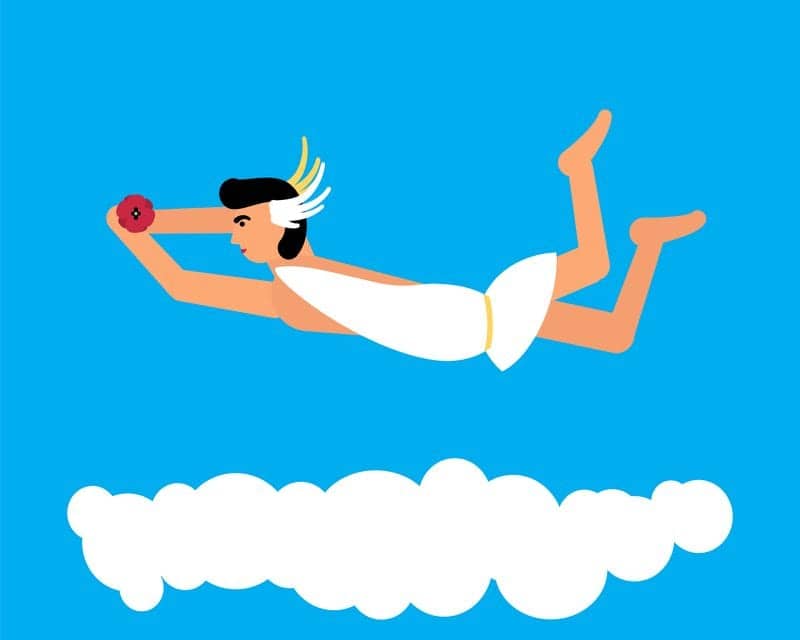 A sleep researcher outlines the various substances that have been used to aid sleep, ranging from alcohol, barbiturates, benzodiazepines, and many others.

By Wallace B. Mendelson, MD

The below is an excerpt from Mendelson’s new book Understanding Sleeping Pills and is reprinted with permission.

People have used various substances to aid sleep from the earliest days of recorded history. Among those going back to ancient times have been alcohol and opiates. In terms of sleep, though, they have turned out to be false friends. Alcohol can indeed help one to fall asleep sooner, but it is broken down by the body very quickly, so that in the second half of the night there is a kind of ‘mini-withdrawal’ process in which sleep is interrupted by many awakenings. The result is usually a disturbed night’s sleep, from which one awakens unrefreshed. Persons who abuse alcohol in the long term also have very poor sleep, and often drink in hopes of improvement. In the short term this may happen—they will fall asleep more quickly—but in the long term their sleep difficulties will be perpetuated. Even upon stopping drinking, the effects of alcohol on the nervous system are such that sleep will continue to be disturbed for up to two years.

Derivatives of the poppy—morphine and heroin—are also no friends of sleep. In addition to being painkillers, they are sedatives, and produce a drowsy euphoric state, which looks like quiet wakefulness physiologically. It may be fitting, then, that morphine is named after Morpeus, one of the Greek gods of dreams, rather than Hypnos, the god of sleep. In persons who have not taken opiates before, when sleep does occur, it is characterized by up to 50 percent reduction in slow-wave sleep (Stage N3, or ‘deep sleep’). In persons with past histories of addiction, sleep after taking opiates is often shorter, with more awakenings, and greatly reduced slow-wave sleep and REM sleep (sometimes called ‘morphine insomnia’). Most persons who are dependent on opiates complain of sleep disturbance, and about half say that they continue to use drugs in a (futile) effort to improve it.

The relatively more recent history of sleeping pills began with the discovery of chloral hydrate in the mid-nineteenth century and the clinical development of barbiturates as sedatives at the beginning of the twentieth. Others, including the later methaqualone and glutethimide (no longer available), became popular as sleeping pills. Each in turn was lauded as potent inducers of sleep, and indeed they were. As time went on, though, their many drawbacks also became evident. Among others, there was reduced effectiveness across time (tolerance), and the development of dependence, with medically serious withdrawal syndromes. Their mis-use and abuse was often reflected in popular culture. Jacqueline Susanne’s 1966 novel ‘The Valley of the Dolls’, one of the most successful books in publishing history, and the later movie depicted aspiring Hollywood actresses who took ‘dolls’ (barbiturates) to sleep, then other pills to wake up. Rolling Stones fans may remember the song ‘Mother’s Little Helper’, about little yellow pills which were likely barbiturates.

The early sleeping pills were very toxic in overdose, and indeed taking as few as ten doses could prove fatal. They were known to suppress respiration, and the barbiturates also had the property of stimulating enzymes in the liver to break down other drugs more quickly. Because of these many drawbacks, they have no place in the modern world of sleeping pills. They did spur the search for safer drugs, though, and it’s worth knowing about them to understand the context from which currently-used drugs came. As we now look at the many limitations and current concerns about benzodiazepines (‘Valium-like’ drugs), for instance, it can be helpful to understand that they originally became so very popular because they were perceived to be improvements on the barbiturates. As we will see, each new generation of sleeping pills has brought improvements, though after the initial enthusiasm has died down, there is usually recognition of some (usually more subtle) limitations.

In the mid-1950s, Leo Sternbach, a researcher at the drug company Hoffman-La Roche was looking for substances which might have the sedative properties of barbiturates but be less toxic in overdose. After not having much success, he abandoned the project and moved on to other things. A couple of years later, in 1957, he was cleaning out bottles of old compounds. The story goes that there 40 bottles, and Sternbach asked his assistants to run them through general animal behavioral testing before discarding. After 39 of these were unsuccessful, he was asked if it was worth doing the last one. He said it was, and it turned out that the this one, a ‘nicely crystalline’ compound, had sedative, anticonvulsant and muscle relaxant properties. By 1960 it was on the market as the benzodiazepine tranquilizer Librium, and by the 1970s the benzodiazepines were the most widely prescribed drugs in the world. There are currently about 30 marketed worldwide as tranquilizers, sleeping pills, anticonvulsants, muscle relaxants, and as adjuncts to anesthesia for relaxation and memory loss.

The first benzodiazepine marketed specifically for sleep was flurazepam in 1970, and within two years it became the most widely-prescribed sleeping pill. It, and the benzodiazepines as a whole, were perceived to have many advantages over the previously dominant barbiturates and other drugs such as glutethimide and methaqualone, which were much more toxic in overdose and were widely abused. They were thought to be more benign in terms of sleep recordings as well. The barbiturates and older drugs were potent suppressors of REM sleep, while the benzodiazepines had minimal REM reduction. Since in these decades there was a lot of interest in the popular notion that REM suppression might lead to psychiatric difficulties (an idea that subsequently has proved to not be very clear), this seemed a significant advantage in producing ‘a natural night’s sleep’. As the years went on, there was growing recognition that the benzodiazepines were associated with dependence as well as daytime sedation and somnolence, and their use for sleep declined after the development of the ‘Z drugs’ in the late 1980s, but they are still used widely.

In 1988, zolpidem, the first of a new class of hypnotics, was introduced in Europe, and became available in the U.S. in 1993. In a way, it was fortunate timing. Although the benzodiazepines had first become available in the 1960s, by the late 1980s there was growing concern about daytime sedation as well as dependence-producing potential. Just as benzodiazepines had initially been hailed as great improvements over the previously dominant barbiturates, the Z drugs were thought to have significant advantages over benzodiazepines. Indeed, this was true in some ways. The benzodiazepines have a number of non-sleep actions, including effects on memory, muscle relaxation and coordination. These occur in doses relatively similar to those used for sleep. In contrast, for the Z drugs there is a greater separation of doses, such that the sleep-promoting actions are thought to occur at doses lower than those which produce the other effects. This holds out the promise that these drugs might help sleep with less of the undesired qualities. Similarly, they are thought to produce less daytime sedation, with the exception of the longer-acting zopiclone and eszopiclone. Some population studies found that they are less likely to be misused than benzodiazepines. It has been speculated that this is because they have less binding to a particular sub-structure of the GABA-benzodiazepine receptor (the ‘alpha-2’) which is thought to be associated with abuse potential. They do have this potential, however, and in the U.S. are Class IV scheduled drugs, as are the benzodiazepines.

All the drugs mentioned so far share a common quality— they work by facilitating the action of the inhibitory neurotransmitter GABA. In subsequent years, new compounds have been developed which function by different mechanisms. Among these are ramelteon, which acts by binding to receptors for the hormone melatonin; suvorexant, which blocks the arousal neurotransmitters known as orexins; and doxepin, actually a new use for low doses of an older tricyclic antidepressant. The next chapters will describe each of these. We live in an exciting age, as more compounds become available, and we continue to search for effective and safe ways to relieve the suffering of insomnia.

Wallace B. Mendelson, MD, is a retired professor of psychiatry and clinical pharmacology at the University of Chicago, former director of the Sleep Research Laboratory at the University of Chicago, and past president of the Sleep Research Society. He has authored five books on sleep disorders and published about 200 papers in academic journals. He has been the recipient of various honors including a special award for excellence in sleep and psychiatry from the National Sleep Foundation. His latest book is Understanding Sleeping Pills.