64% of Women Suffer from Insomnia in Late Pregnancy 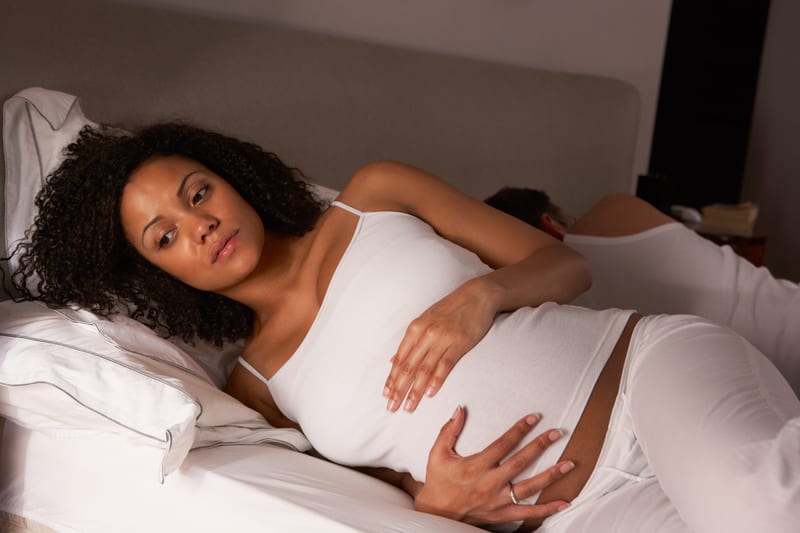 The research study was recently published in the European Journal of Obstetrics & Gynecology and Reproductive Biology. 486 healthy pregnant women from Granada, Jaen, Huelva, and Seville who had attended the Andalusian Health Service (SAS) before the 14th week of pregnancy (first trimester) participated in the study. The effects of pregnancy on these women were monitored throughout all 3 trimesters.

The results reveal that 44% of pregnant women suffer from insomnia in the first trimester of pregnancy, which increases to 46% in the second trimester, and 64% in the third trimester. These are very high figures which, according to the authors of the research, justify the need for a “systematic approach to this problem.”

Dr María del Carmen Amezcua Prieto, one of the researchers behind the study and a lecturer at the Department of Preventive Medicine and Public Health of the University of Granada, says in a release, “Although it is well known that pre-existing sleep problems worsen and new issues frequently arise during pregnancy, there is a tendency to assume that difficulties related to getting to sleep and maintaining restorative sleep are characteristic phenomena of pregnancy and that they must be endured.”

However, Dr Amezcua Prieto says, “This probably occurs because the health system does not give importance to the issue during the monitoring of pregnancies, to the point where the World Health Organization (WHO) does not even address the issue of sleep in its guidelines on providing care to pregnant women.”

Insomnia affects the quality of life of pregnant women, which apart from being of great importance per se, is also a risk factor for high blood pressure and pre-eclampsia, gestational diabetes, depression, premature birth, and unplanned caesarean sections.

María del Rosario Román Gálvez, one of the other researchers behind thisproject, warns that every single aspect of night-time sleep and its impact on daytime functioning must be addressed in order to study insomnia effectively.

“The results of our study show significant alterations in sleep fragmentation (the times women wake up during the night and how long they stay awake), as well as in daytime sleepiness. It also demonstrates that the frequency and intensity of sleep fragmentation continue to increase as the pregnancy progresses. Likewise, pregnancy also complicates sleep induction (the time it takes for an individual to fall asleep) and sleep duration. It is important to take into account these aspects to properly address the problem using non-pharmacological treatments,” the UGR researcher notes.

Factors associated with insomnia were also analyzed as part of the project. Aurora Bueno Cavanillas says, “Although it may seem obvious, the most important factor is pre-gestational insomnia, given that it is fundamental to prevention and underscores the importance of detecting insomnia before pregnancy and throughout all stages of it.” The study also revealed that other factors, such as obesity and whether or not the women have already had children, can have an impact on sleeping patterns.

Lastly, the study illustrates that the regular practice of moderate or intense physical exercise during pregnancy protects women against pregnancy-related insomnia, “so this is yet another reason for promoting physical activity during pregnancy.”

Researcher Khalid S. Khan, from Queen Mary University of London, also participated in the analysis and development of this research study during his time as a visiting researcher at the University of Granada.