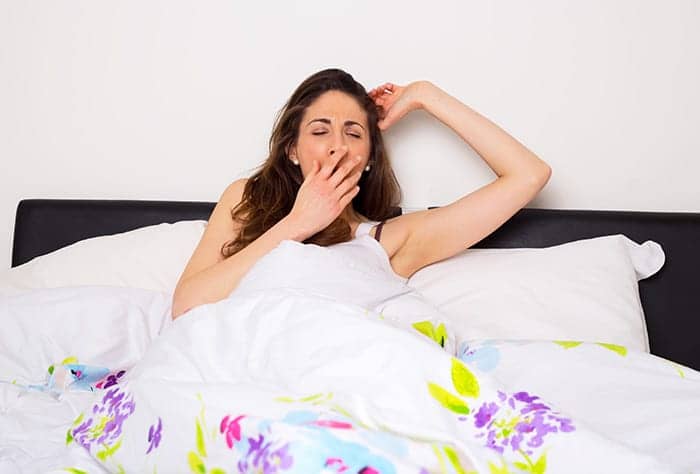 Excessive sleepiness is the defining characteristic of hypersomnia disorders, but there is much more to understand about the category than its main symptom. A sleep disorders advocate explains why distinguishing between primary and secondary hypersomnia is crucial to diagnosing and treating patients appropriately.

There are several different disorders of hypersomnia, all of which have the same primary symptom: excessive sleepiness. Such excessive sleepiness significantly impacts quality of life in these patients. Mundane tasks like cleaning, taking a shower, and going to the store for milk become monumental tasks that use all of their energy and push these patients to nap during the day. Patients may be unable to maintain employment due to hypersomnia.

It is important to understand that there are two prevalent types of disorders in this category: primary hypersomnia and secondary hypersomnia. Importantly, the causes and treatment options of each type are distinct.

Secondary hypersomnia is a symptom of another medical condition. The patient may have constant sleepiness in the acute stages of the disease process and later in the process the symptoms can change.1 Hypersomnia patients can have normal days and even experience insomnia at times. A vast array of medical conditions can cause secondary hypersomnia, including renal, hepatic, circulatory, endocrine, neurological, metabolic, psychological, and meningo-encephalitic disorders. Other causes include sleep disorders, particularly restless legs syndrome, periodic limb movements, insufficient sleep, apnea, and uncontrolled circadian rhythm disorders. If the primary disorder can be eliminated, then secondary hypersomnia goes away.

Actor Robin Williams had secondary hypersomnia due to his Parkinson’s diagnosis and depression. Williams slept up to 18 hours a day for months. Before his death, he had a hard time getting out of bed and suffered from loss of appetite.2 His story reminds us of what can happen if hypersomnia is overlooked and not treated. Whether patients have a physical or psychological disorder, the symptoms will get worse if the person’s secondary hypersomnia is not addressed.

Idiopathic hypersomnia is a clinical entity that has a small list of specific symptoms. The most important symptom is extreme daytime sleepiness that never ceases.3 Even though the patient’s nighttime sleep is virtually perfect, patients feel like they haven’t slept in days. Idiopathic hypersomnia patients often have deeper sleep than the average person and will sleep 10+ hours a day. They may enter stage 3 and 4 sleep more quickly than most people. REM is still within normal limits and there aren’t frequent awakenings. Many patients have what’s called “sleep drunkenness,” in which they are in an alternate stage of consciousness for up to 4 hours upon awakening. These patients are not quite awake and are in and out of stage 1 sleep. Patients can be irritable or violent, fall back to sleep repeatedly, walk into walls, slur their words, and generally act inebriated.4 Sleep drunkenness can happen when waking up from a nap as well. Patients can sleep anywhere from 10 to 21 hours a day every day for years. It’s possible to stay awake past the point of exhaustion, but eventually the patients succumb to the intense sleepiness.

Kleine-Levin syndrome is a recurring primary hypersomnia where patients have episodes of severe sleepiness in which they can sleep all day and only awake to eat or go to the bathroom. These patients can have clear triggers and usually know when an episode is coming and ending because their symptoms change. After the episode, they may have a period of insomnia and then go back to living a normal life until the next episode. Length of episodes can be anywhere from a few days to over a year.

All hypersomnia spectrum disorders need more research and better treatment options. These devastating disorders affect quality of life, not just for patients but their families as well. Many patients cannot work, and those who do struggle immensely. There are no FDA-approved treatments for hypersomnia, KLS, or idiopathic hypersomnia, which means that insurance companies can refuse to pay for treatment and dictate which medications patients have to take—even if those medications don’t work for the patient. Treatments for hypersomnia-related disorders focus mainly on stimulants, but one of the biggest issues with taking stimulants is the eventual tolerance that develops. Then patients either have to find new medications or take “medication holidays,” in which they stop taking the stimulants for a period of time to see if the medication will start working again. This requires taking time off work or school with no guarantee that the stimulant will work when restarted.

David Rye, MD, and Andrew Jenkins, PhD, from Emory Sleep Center have been researching an endogenous somnogen that is found in many hypersomnia patients’ spinal fluid. Their finding that flumazenil, a medication used to bring patients out of anesthesia, has provided promise of a potential treatment to the hypersomnia community. Flumazenil is currently in phase 3 of clinical trials.

Patients and providers alike are confused by the different disorders of hypersomnia. PSG and Multiple Sleep Latency Test (MSLT) studies can help diagnose these disorders, but that alone isn’t enough to distinguish between them. Because there are no quick diagnostic answers and very little research on the topic, patients have suffered. It has resulted in some of the leading sleep disorder researchers writing their own definitions or grouping all of the disorders of hypersomnia together. It has also led to research papers not separating idiopathic hypersomnia and hypersomnia. Hypersomnia patients truly are the forgotten patients in sleep medicine.

Kasha Oelke is a sleep advocate as well as an idiopathic hypersomnia and sighted non-24 patient. She runs the website www.hypersomnia.info. 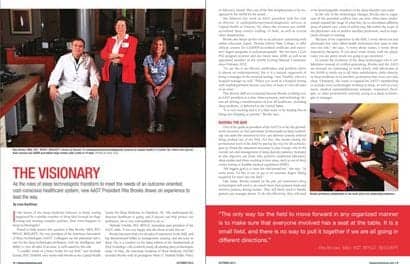