“I was originally interested in the phenomenon of posttraumatic hypersomnia in the TBI population after treating a TBI patient who had multiple sleep disorders, which, when treated, resulted in a dramatic improvement in overall quality of life,” Dr. Richard J. Castriotta told Reuters Health.

He has since observed “a high frequency of obstructive sleep apnea and (relatively speaking) narcolepsy” after TBI.

To further explore these issues, Dr. Castriotta, at the University of Texas Health Science Center, Houston, and colleagues collected data on 57 adults with TBI, which they report in the April 15 issue of Journal of Clinical Sleep Medicine.

After 3 months, polysomnographic abnormalities were resolved in all patients with obstructive sleep apnea and periodic leg movements, and hypersomnia was improved in 2 of 5 patients with hypersomnia/narcolepsy.

Nevertheless, there was little change in scores on the mean sleep latency test or on the Epworth Sleepiness Score among patients with obstructive sleep apnea. Moreover, “there were no significant changes in measures of mood, quality of life and cognitive performance in TBI patients after treatment of their sleep disorders,” the team reports.

“In general, patients without TBI have improvement in daytime sleepiness, quality of life and some (but not all) parameters in neuropsych testing after treatment,” Dr. Castriotta explained. “So we were surprised by the relatively poor improvement after treatment in this population.”

It’s possible, the authors say, that sample size was too small to show significance, and that treatment may have enhanced the ability to stay awake, which they did not measure.

He added, “We intend to put together a larger multicenter study with different study design to answer our remaining questions about treatment of sleep disorders after TBI.”

I’ve Got Narcolepsy: 6 Things Everyone Gets Wrong About It 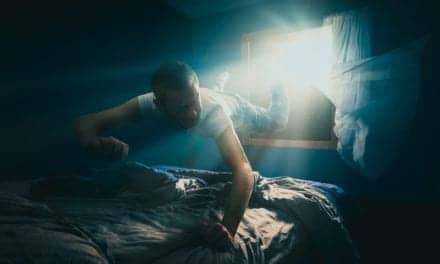 Mice More Forgetful Just Before They Normally Wake Up