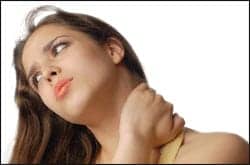 “Some of us … thought that we had actually identified a disease, which this [fibromyalgia] is clearly not. To make people ill, to give them an illness, was the wrong thing.”

—Frederick Wolfe, MD, explaining that fibromyalgia is not a disease in a 2008 New York Times article1

“… there is abundant evidence that FM is not a purely psychogenic disorder and that there are, in fact, neurophysiological and neuroendocrine abnormalities underlying FM.”

—Warren R. Nielson and Manfred Harth validating the existence of fibromyalgia in a 2004 editorial2

Fibromyalgia (FM) is a chronic pain syndrome involving fatigue, morning stiffness, widespread muscle pain, cognitive problems, and poor sleep quality. It affects 2% to 4% of Americans.3 There appears to be no pathology such as inflammation or degenerative changes that could explain the symptoms of FM. This lack of pathology for many physicians suggests that an FM sufferer’s pain may be psychological in origin (psychogenic). Other physicians believe that FM has a yet-to-be determined physiological origin. Because neither side can definitively prove their stance, a continuing controversy exists—as exemplified by the quotes above—over whether FM is a “real” (ie, physiological) disease. In the midst of this irresolution, the US Food and Drug Administration (FDA) in June 2007 approved the drug pregabalin (trade name, Lyrica) to relieve pain in people with FM. Although other pain medications are prescribed for FM patients, pregabalin is the first that is specifically targeted for the unique pain of FM. While the development of a specific drug for FM pain is a tacit acknowledgment for physicians and FM patients who believe the disorder is physiological, other physicians in the medical community express concerns that a drug has been invented for a nonexistent disease.

Physicians who believe that FM is psychogenic have proposed several psychosocial factors to explain the pain. Some of the more common factors that have been proposed are: (1) a physician may be inadvertently inducing a patient’s pain by validating it (in other words, FM may be an iatrogenic [treatment-induced] disorder)4; (2) social rewards such as disability compensation may promote an FM patient’s being sick5; (3) people with FM may be unusually susceptible to social pressures that groom them to be “sick”6; and (4) people with FM may have weak coping skills for handling the normal stresses of everyday living.4

Physicians who believe that fibromyalgia has a yet-to-be-determined physical origin counter that there are unique physiological characteristics noted in people with FM that are not noted in people without the disorder. For example, people with fibromyalgia have alpha-delta sleep (intrusion of alpha waves into delta sleep [also called slow wave sleep]); higher-than-normal levels of substance P, an algesic (pain-promoting) peptide that is thought to act as a neurotransmitter mediating touch, temperature, and sensation of pain; low cerebral spinal fluid level of the neurotransmitter 5-hydroxytryptophan and low blood level of the neurotransmitter tryptophan, which both play a role in pain perception and depression; and decreased blood flow in the thalami, which play a role in pain perception, and decreased cortical blood flow, which may explain fatigue and cognitive problems (eg, difficulty thinking, memory problems) noted by people with FM.7

As the medical community continues to debate the “realness” of FM, people with the disorder are left hurting not only physically but also in the following ways:

In 1990, FM seemed to be on the way to being accepted as a “real” disease when the American College of Rheumatology (ACR) Multicenter Criteria Committee, headed by Dr Frederick Wolfe, established the diagnostic criteria now used for fibromyalgia.1,9 The diagnostic features consist of only two criteria that had to exist before a person is diagnosed with FM.

By 2003, Wolfe had begun expressing second thoughts about these criteria, especially the tender point criterion.10 One problem is that this criterion describes FM in terms of its severity rather than describing the features of the illness. To require that a person had to have at least 11 tender points is like—to use Wolfe’s analogy—requiring a person with rheumatoid arthritis to have 25 swollen joints before diagnosing rheumatoid arthritis. He further points out that many people with FM may be overlooked diagnostically because of this criterion. He cites an analysis by the National Data Bank for Rheumatic Diseases that found that 84% of people could accurately be diagnosed with FM when fatigue, regional pain, the number of somatic symptoms, and the number of lifetime comorbid illnesses, rather than tender points, are taken into consideration. Wolfe now urges that the 1990 criteria should stop being used. Despite his urging, the criteria continue to be used today.

The person had to have pain persisting 3 months or longer on the left and right sides of the body and above and below the waist (widespread pain). Additionally, axial skeletal pain (pain in the sternum, spinal column, or ribs) had to be present.

The person had to have at least 11 of 18 bilateral tender points (localized areas of extreme painfulness when pressed digitally). The tender point criterion especially is considered the definitive symptom in FM, since most chronic pain conditions do not have such specific sites of pain sensitivity. Tender points are located:

The debate about the “realness” of FM is not necessarily a moot point. Many hypotheses concerning psychosocial factors that are suspected to play a role in FM have not been tested. This presents many research opportunities to determine the extent that factors such as societal “grooming” of susceptible people, positive social gains such as disability compensation, and excessive stresses of modern westernized life11 play in FM. For example, Canadian physicians Kevin P. White and John Thompson12 addressed these factors in their 2003 epidemiological study.

They examined the prevalence of fibromyalgia symptoms in an Amish group (number = 179) in comparison with its prevalence in a non-Amish rural group (control group 1; n = 492) and its prevalence in an urban group (control group 2; n = 3,395). White and Thompson specifically chose Amish subjects since this society does not have disability compensation for its disabled members, the Amish have a strong work ethic, and Amish life does not have the fast-paced stresses typical of modern life. With this in mind, the researchers expected that the prevalence of FM symptoms would be nonexistent or nearly so. They found that 7.3% of the Amish subjects, 1.2% of the non-Amish rural, and 3.8% of the urban subjects had FM symptoms. Although White and Thompson were surprised that the Amish had a higher prevalence of FM symptoms than urban or non-Amish rural, they concluded that factors such as societal “grooming,” disability compensation, or stresses associated with a fast-paced life could not be playing a role in FM. Although only briefly mentioned in their study, White and Thompson believe that the high prevalence of FM in the Amish society may point to the impact of genetics in FM. (The Amish have a high rate of inbreeding.) They encourage more FM studies to be done among the Amish to examine this issue.

Diagnosing FM and therefore treating it can be problematic. One reason for the diagnostic difficulty is that FM shares many symptoms in common with other disorders. For example, hypocalcemia (low blood calcium level) and low vitamin-D level can result in muscle soreness and tenderness; hypothyroidism can result in fatigue; and infections such as Lyme disease and arthritis can result in pain that is similar to fibromyalgia. However, these disorders can be more easily ruled out through testing. There is no definitive test for FM. Therefore, FM is currently diagnosed after other disorders have been ruled out and if a person meets the two 1990 FM criteria.13 Adding to the difficulty, FM sufferers may also have nonpain complaints such as gastrointestinal problems (eg, irritable bowel-like symptoms, nausea), mood disorders (eg, depression), and sleep disturbances (eg, insomnia, restless legs syndrome).

Treating an FM patient often involves treating a variety of symptoms, primarily pain. Pain medications often do not work for long or at all in reducing the pain. Pregabalin is the first that appears to be able to reduce pain in clinical studies. Scientists are not sure of the mechanism by which it does this. They believe that it binds to hyperexcited neurons responsible for pain perception in the brain, and induces the neurons to slow their firing.14 Studies also indicate that pregabalin improves sleep. People taking the drug have fewer arousals from sleep15,16 and increased amounts of slow wave sleep.17

In 1975, Moldofsky et al18 noted that people deprived of delta sleep (slow wave sleep) experienced physical symptoms very similar to those experienced by people with fibromyalgia. The researchers induced a slight arousal in healthy subjects just as the subjects were about to enter stage 4 sleep (sleep comprised of 50% or more delta waves on an electroencephalogram [EEG]). After 3 nights of stage 4 sleep deprivation, the subjects complained of “heaviness” of the entire body, somatic fatigue, and mood changes such as depression and irritability. Some subjects also complained of loss of appetite or gastrointestinal complaints such as nausea and diarrhea. Additionally, Moldofsky et al noted that on each successive night of stage 4 sleep deprivation, it became harder to arouse the subject from sleep; when they were able to induce an arousal, the person had mixed alpha and delta waves on the EEG for a period of up to 20 seconds. (People with FM frequently have alpha-delta sleep.) From these findings, Moldofsky et al proposed that FM may be a “nonrestorative sleep syndrome.” That is, rather than pain disrupting sleep, FM may be a symptom of an arousal dysfunction that disrupts sleep and results in pain and other symptoms of FM.

Other scientists are not convinced that FM is an intrinsic sleep disorder. Drs Maren L. and Mark W. Mahowald19 point out that other sleep disorders such as obstructive sleep apnea (OSA), which can drastically disrupt sleep, do not result in the muscular problems noted in FM.

Nevertheless, treating sleep disorders in people with FM may help improve symptoms by improving sleep quality.20 Cognitive behavior therapy or other behavioral approaches aimed at improving sleep hygiene, fitness, and proper nutrition can help stabilize the sleep-wake rhythms in a person with FM. Hypnotic drugs may help a person initiate and maintain sleep, thereby reducing daytime sleepiness. Tricyclic drugs such as amitriptyline and cyclobenzaprine can result in long-term improved sleep.

Primary care physicians often overlook the impact of poor sleep quality on symptoms in their FM patients, especially if the person complains only of pain. However, treating sleep disorders in people with FM may have a beneficial effect on FM symptoms by preventing arousals during sleep. More consolidated sleep means less disrupted slow wave sleep and improved physical restoration. Therefore, a physician may need to ask an FM patient questions about symptoms of a sleep disorder such as loud snoring or sensations of choking during sleep (symptoms of OSA); annoying crawling sensations before going to sleep (RLS); awakening with leg cramps (PLMD); or difficulty initiating or maintaining sleep (insomnia). Effective care for an FM patient often involves many facets. For some FM patients, improved sleep may need to be one of the facets of care.

Regina Patrick, RPSGT, is a contributing writer for Sleep Review. She can be reached at [email protected] 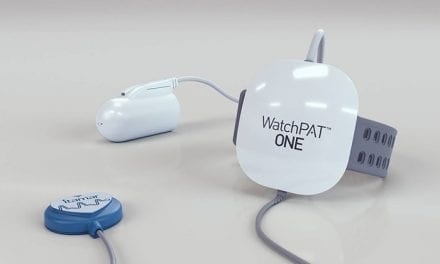