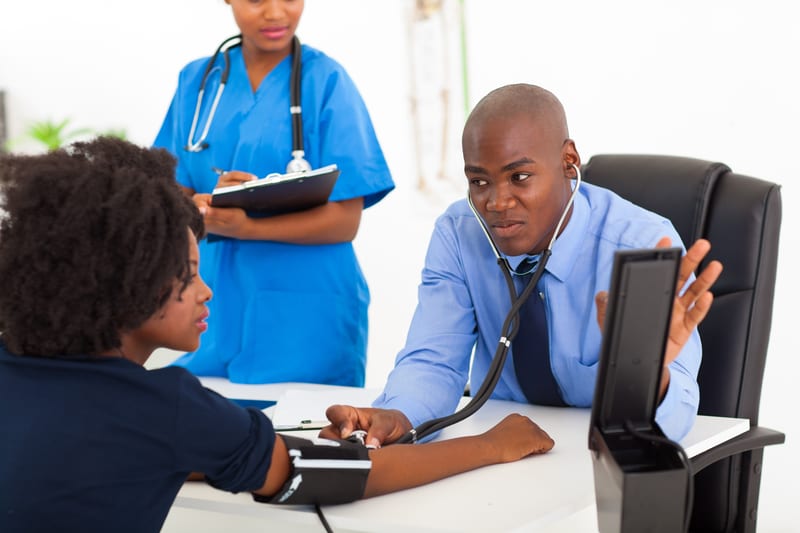 African-Americans with moderate or severe sleep apnea are twice as likely to have hard-to-control high blood pressure when their sleep apnea goes untreated, according to a new study funded mainly by the National Heart, Lung, and Blood Institute (NHLBI). The findings, which researchers say may partially explain why African-Americans suffer hypertension at rates higher than any other group, point to screening and treatment of sleep apnea as another important strategy for keeping uncontrolled high blood pressure at bay.

A common disorder that blocks the upper airways and causes people to stop breathing during sleep, sleep apnea already has been linked to an increased risk of high blood pressure in whites, but the association in blacks has been largely understudied. This new research demonstrates this link in a large population of African-Americans. The results are published in Circulation, a journal of the American Heart Association.

“This is an example of how NHLBI funded research is making important advances to our basic understanding of cardiovascular risk and sleep health,” says Michael Twery, PhD, director of the National Center on Sleep Disorders Research at NHLBI, in a release. “This report underscores the need for studies to determine whether screening groups at high risk for sleep apnea, such as African-Americans, would facilitate early medical intervention and reduce the risk or severity of heart disease.”

“This study identifies a risk factor for hard-to-control hypertension that until now has gone underrecognized in African-Americans,” says study leader Dayna Johnson, PhD, an assistant professor in the Department of Epidemiology at Rollins School of Public Health at Emory University in Atlanta. Johnson adds that the disproportionately high rate of uncontrolled hypertension among African-Americans makes the study results even more consequential. A recent NIH-funded study showed that about 75% of African-American men and women are likely to develop high blood pressure by age 55, compared to 55% of white men and 40% of white women of the same age.

Johnson noted that the current findings could provide more of an impetus for African-Americans with the condition to get evaluated for sleep apnea, which also appears to affect them more than it does whites. An estimated 1 in 4 African-Americans in the United States have moderate or severe sleep apnea, but most have not been diagnosed or treated by a doctor, according to a 2018 study led by Johnson when she worked at Brigham and Women’s Hospital in Boston.

In the new study, the researchers followed 664 African-Americans with hypertension who were participants in the Jackson Heart Study, the largest investigation of causes of cardiovascular disease in African-Americans. The researchers tested the participants for obstructive sleep apnea overnight in the home. Researchers classified sleep apnea as unaffected, mild, moderate, or severe based on the number of times a person either partially or completely stopped breathing during sleep. The tests revealed that more than a quarter of the participants had moderate or severe sleep apnea and that the condition had gone undiagnosed in almost all of them—that is, 94% of the cases. The remaining participants had either no sleep apnea, or a milder form of it.

The researchers also took blood pressure measurements and found that 48% of the participants had “uncontrolled” high blood pressure, meaning they had the condition even though they took one or two antihypertensive medications. About 14% had “resistant” hypertension, meaning they had the condition while on three or more antihypertensive medications. “Resistant” hypertension is more severe than “uncontrolled” and carries a higher risk for heart disease and death, the researchers say.

The results suggest that African-Americans with more severe forms of sleep apnea are at higher risk of having hard-to-treat hypertension, the researchers say. The current study did not explore what proportion of resistant hypertension is attributable to sleep apnea.

The study did not examine the mechanisms by which sleep apnea increases blood pressure. But Susan Redline, MD, senior physician at Brigham and Women’s Hospital and the study’s senior author, says that earlier studies indicate that untreated sleep apnea can cause blood pressure to surge during sleep and remain high during the day when a patient is awake. Her earlier research showed that treatment of sleep apnea with CPAP lowers blood pressure, especially during the night. CPAP and other breathing devices deliver slight air pressure through a mask and are highly effective for treatment of sleep apnea. 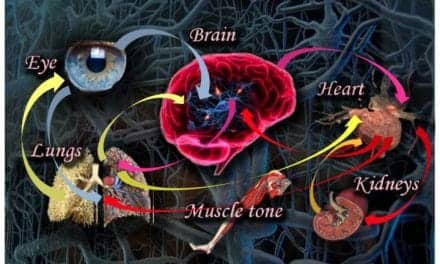