The European Commission has approved Jazz Pharmaceuticals plc’s Sunosi (solriamfetol) to improve wakefulness and reduce excessive daytime sleepiness (EDS) in adults with narcolepsy (with or without cataplexy) or obstructive sleep apnea (OSA) whose sleepiness has not been satisfactorily treated by primary sleep apnea therapy, such as CPAP. Sunosi is the first dual-acting dopamine and norepinephrine reuptake inhibitor approved to treat EDS in adults living with narcolepsy or OSA and the only licensed therapy in the European Union for the treatment of EDS in adults living with OSA.
“We are excited that with this approval we can offer Sunosi, a daytime medicine that can provide sustained wakefulness throughout the day, to patients living with excessive daytime sleepiness as a result of OSA or narcolepsy in Europe, where historically, treatment options have been very limited,” says Bruce Cozadd, chairman and CEO of Jazz Pharmaceuticals, in a release.

Once-daily Sunosi is approved with doses of 75 mg and 150 mg for people with narcolepsy and doses of 37.5 mg, 75 mg, and 150 mg for patients with OSA. At Week 12 of the Phase 3 clinical trial, 150 mg of solriamfetol for narcolepsy patients and both 75 mg and 150 mg doses for OSA patients demonstrated improvements in wakefulness compared to placebo as assessed via the maintenance of wakefulness test from approximately one hour post-dose through approximately nine hours post-dose.

“Most people feel tired sometimes, but those with excessive daytime sleepiness may experience an irresistible need to sleep during the day and an increased likelihood of falling asleep at unexpected times, which can interfere with work, school and other activities,” says Jean-Louis Pépin, MD, PhD, director of INSERM unit 1042 and head of the sleep and physiology department at the University Hospital in Grenoble, France. “Solriamfetol has the potential to be an important treatment option for patients living with excessive daytime sleepiness as a result of OSA or narcolepsy.”

The European Commission approval extends to all European Union Member States, as well as Iceland, Norway, and Liechtenstein.

“Today’s approval is an important milestone both for patients and for Jazz as we expand our neuroscience business to Europe to address unmet needs for people living with chronic, and often debilitating, sleep disorders,” says Daniel Swisher, president and chief operating officer of Jazz Pharmaceuticals. “Jazz is committed to making Sunosi available to patients in the EU and will now pursue rolling launches across the European Union on a country-by-country basis as pricing and reimbursement and scheduling decisions are made.”

The Marketing Authorisation Application (MAA) for Sunosi is based on data from four randomized placebo-controlled studies included in the Treatment of Obstructive sleep apnea and Narcolepsy Excessive Sleepiness (TONES) clinical trial program. Data from the studies in the TONES program demonstrated the superiority of solriamfetol relative to placebo. The most frequently reported adverse reactions were headache (11.1%), nausea (6.6%), and decreased appetite (6.8%). The most serious and frequently occurring adverse reactions were increased blood pressure and palpitations. The majority of most frequently reported adverse events occurred within the first two weeks of treatment and resolved for most patients within 2 weeks. Solriamfetol was evaluated in more than 900 adults with EDS associated with narcolepsy or OSA and was shown to maintain its effect relative to placebo after six months of use.

Solriamfetol is not a therapy for the underlying airway obstruction in patients with OSA. Primary OSA therapy should be maintained in these patients and treatment should be initiated by a healthcare professional experienced in the treatment of narcolepsy or OSA.

ProSomnus Selected to Present at Digital Medicine and MedTech Showcase 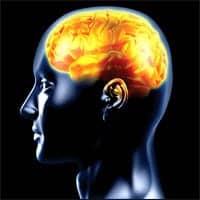 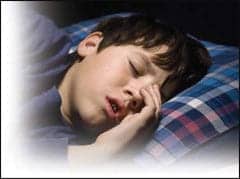 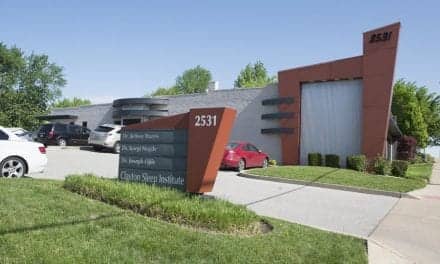