The American Sleep Apnea Association (ASAA) hosted a conference on October 25 in Baltimore to discuss the financial and clinical implications of sleep apnea. The conference focused on potential solutions for employers and health plans that are impacted by the sleep disorder.

The economic costs of sleep apnea are huge, said ASAA Executive Director Edward Grandi. Recent research from Harvard Medical School, Division of Sleep Medicine, estimates that there are $67 billion to $165 billion in annual costs related to sleep apnea. The costs include money lost from decreased productivity, traffic accidents related to fatigue, and health care expenditures. Grandi said that employers should take sleep disorders seriously because the costs attributed to diagnosis and treatment of obstructive sleep apnea (OSA) are a small proportion of the overall estimated economic burden of the disease. The estimated cost to diagnose and treat moderate to severe OSA is estimated at $2 billion to $10 billion per year.

“Employers should view the cost of diagnosing and treating OSA as an investment that will produce significant savings in health insurance spending and significant increases in employee productivity. Moreover, it will enhance the safety and general well-being of the workforce,” said Grandi. “The consequences of untreated OSA can be subtle, like people showing up to work fatigued and being unproductive, or really dramatic, like truck drivers falling asleep at the wheel and killing people, which results in multimillion dollar lawsuits.”

Grandi recommended that employers begin a screening program for their workers, particularly in those professions in which there is a high prevalence of sleep apnea, such as trucking. 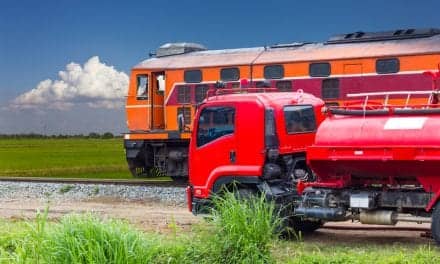