Benefits of CPAP With Heated Humidification

In two different case scenarios, patients benefited from CPAP with heated humidification, which dramatically reduced their complaints of nasal difficulty and improved compliance.

Patients who require positive airway pressure (PAP) therapy may experience many adverse effects that decrease their ability to use the PAP equipment. At Pulmonary and Critical Care Associates, St Paul, Minn, we have created guidelines for the removal of such barriers to compliance.

In our experience, the use of heated humidity has dramatically reduced patient complaints of nasal difficulty, and has therefore improved compliance. Historically, nasal difficulty has been the greatest barrier to proper use of PAP equipment. The complaints of nasal congestion, runny nose, watery eyes, and sneezing are, however, uncommon. In July 2002, the Centers for Medicare and Medicaid Services changed the guidelines that apply to heated humidification, making it a covered expense for PAP users. Prior to that change, a large amount of time was spent gathering information attesting to the medical necessity of heated humidification so that its cost would be covered by insurance. Since this change in coverage guidelines, all of our patients now start PAP treatment with heated humidification in place. The two cases that follow underscore the difficulties that were faced when patients began continuous PAP (CPAP) using pass-over (cold) humidification.

Case 1
A 63-year-old female had a clinical history indicating significant obesity, pulmonary hypertension of unclear etiology, and extensive smoking. There was no significant EDS. Her snoring history was not believed to be significant, her apnea status was unknown, and she had a long history of difficulty with delayed sleep onset. Her nocturnal polysomnogram revealed the presence of mild snoring, along with apneas and hypopneas that were most pronounced in the supine position and during rapid–eye-movement sleep. The problem was of moderate severity, with an apnea-hypopnea index of 31.1 events per hour. Her nonapneic respiratory-related index was 12.4 events per hour. Oxygen desaturations (to values near 70%) were present.

An example of CPAP tubing with insulation sleeves that prevent condensation from the humidifier.

A nasal CPAP titration was attempted on three separate occasions, but the patient was unable to tolerate nasal CPAP due to feelings of claustrophobia. She began using an automatically titrated PAP unit set at 4 cm H2O to 20 cm H2O, with a pass-over (cold) humidifier and a nasal mask. A nurse practitioner found her to be noncompliant, 2 weeks later, for her scheduled follow-up appointment. She received further education regarding the consequences of untreated sleep apnea. With her history of probable pulmonary hypertension, edema, and chronic obstructive pulmonary disease, the patient’s status would clearly be affected by her sleep apnea. The patient was also shown a video about obstructive sleep apnea (OSA), and this seemed to produce better understanding of the disorder. She was then prescribed a CPAP unit with nasal pillows. She was told to see the staff psychologist for desensitization or other help if she still was unable to deal with claustrophobia and anxiety. A follow-up visit 6 weeks later revealed that she was still having a difficult time tolerating nasal CPAP. The longest she had been able to use the machine was 2 hours per night. Data from the patient’s machine were downloaded after an additional 6 weeks, and the average hours of use were found to be 3.1.

The patient’s data, as downloaded again after an additional 6 weeks, showed that the patient was then able to use nasal CPAP for 5.5 hours. At this time, the treatment pressure was set at 12 cm H2O.

The patient returned to the clinic after approximately 6 months. She was doing well with her CPAP treatment, but had minor nasal congestion with clear postnasal drip that was decreased through the use of nasal saline. She was not using nasal steroids. The patient was given a sample of triamcinolone acetonide nasal spray; a prescription was later filled, as it helped clear her congestion.

The patient returned to the clinic 18 months after beginning to use nasal CPAP. She continued to use CPAP faithfully and had no difficulty with it at that time.

A month later, the patient returned to the clinic and reported nasal congestion. She also complained of a cold nose, stating that she felt that her nose was going to be frozen. She was waking up two to three times during the night and was only sleeping with CPAP in operation for approximately 3 hours. She was also experiencing some increases in EDS and general fatigue.

A letter of medical necessity for heated humidification was written, and the letter and the associated prescription were sent by fax to the patient’s durable medical equipment provider.

Once the patient started using heated humidity, she was able to use CPAP for longer periods of time. She can now use CPAP for 6 hours per night, during all seasons of the year. The patient no longer has a cold nose. She has experienced decreased nasal congestion and stuffiness, has more energy, and is less tired.

Case 2
A 59-year-old male initially complained of snoring, observed apneas, and EDS, with an Epworth Sleepiness Scale (ESS) score of 16/24. A nocturnal polysomnogram revealed mild to moderate OSA with a respiratory disturbance rate of 17 events per hour and oxygen desaturations reaching 81%. He had an incomplete CPAP titration indicating the need for a maximum pressure setting of 12 cm H2O.

This patient began using an automatic-adjustment PAP machine with a pass-over (cold) humidifier and a nasal mask. He returned to the clinic and was found to have a good clinical response to CPAP, with the ESS score dropping from 16 to 9. This was accompanied by overall improvements in his quality of sleep and level of daytime functioning. He had not experienced significant nasal congestion and had not noted mouth leak. He reported no morning headaches. CPAP treatment pressure was set at 12 cm H2O.

The patient returned to the clinic and was found to be waking up refreshed. He experienced no EDS, and he had no difficulty driving a car or tolerating CPAP. His ESS score was 4, and his only major question was how to clean the equipment. He complained of minor nasal congestion and was given a sample of budesonide to try. He also planned to try saline nasal spray.

Six months later, the patient continued to use nasal CPAP daily. He reported that he had logged 4,500 hours of use. He was getting 7 to 8 hours of sleep per night. He wore his mask faithfully, woke up refreshed, and had no EDS. His wife noticed no breakthrough snoring. He was having minor nasal congestion and occasional epistaxis. He was using pass-over (cold) humidity with the machine. He was told to try two sprays of saline in each nostril, four to six times per day. He was also given a sample of budesonide nasal spray and asked to use two puffs per nostril once daily. If these measures were ineffective, heated humidity was to be supplied.

The patient returned to the clinic a month later and reported having a small amount of nasal congestion over the past few weeks. He had only been able to use CPAP approximately 2 hours per night. Typically, he was getting 5 to 6 hours of sleep. The patient was educated in the management of nasal congestion. The patient had used budesonide nasal spray in the past and had found that it relieved his congestion. He was given another sample and a prescription. If this did not work, he was instructed to call so that we would institute heated humidification.

The patient returned to the clinic 3 months later with complaints of nocturnal awakenings. He woke up feeling that he could not get enough air. He experienced nasal congestion after 1 to 2 hours of CPAP use. The patient reported that his nose became congested and he could not breathe, so he would have to take off the mask. He would get up and walk around until his nose felt more open; then he would put the nasal mask back in place. He had to nap during the day.

He was using pass-over (cold) humidity He was taking budesonide nasal spray and fexofenadine, but was not sure that they were having any effect. It appeared, clinically, that his CPAP pressure was effective. He was not having EDS and there was no history of breakthrough snoring. His nocturnal symptoms were related to nasal congestion. He was likely to benefit from heated humidity.

A statement of medical necessity for heated humidification was written, and a prescription and the letter were sent by fax to his durable medical equipment provider. The patient was instructed to call the nursing staff so they could let the physician know if using heated humidification resolved his complaints. If so, he would then stop taking fexofenadine. If he still had good CPAP tolerance, the physician could consider having him stop using budesonide nasal spray as well.

If a patient does not experience resolution of symptoms using heated humidity, the next step would typically be an empiric increase in nasal pressure. If that is unsuccessful, a repeat nocturnal polysomnogram might be necessary.

The patient began to use heated humidity and has since experienced improvement in his tolerance for nasal CPAP. He can sleep, consistently, for 4 to 5 hours before awakening to use the bathroom. He does not wake up feeling that he cannot breathe. He has no EDS, and he no longer feels the need to take naps. The temperature of the heated humidifier is set at four, and there has been condensation present in the tubing only twice.

Discussion and Recommendations
Both patients benefited from changing from pass-over (cold) humidity to heated humidity. Both previously complained of nasal congestion that decreased their ability to use nasal CPAP. Due to their improved compliance, the patients noted increased energy and decreased tiredness.

In Minnesota and other areas of considerable seasonal change, it is important to tell patients how to adjust the humidifier’s temperature (as well as how to use an insulation sleeve for tubing and an insulating cover for the interface, if they sleep near open windows). Patients often call with complaints of water condensation in the mask and/or tubing due to temperature changes in their bedrooms, since outdoor temperatures have been known to change as much as 28°C in a single day. Some patients may also have energy-saving thermostats that automatically reduce room heat during sleeping hours, creating condensation.

Now that insurance covers its cost, heated humidity will replace pass-over humidifiers. New patients will start treatment with heated humidity and can be taught to make adjustments that help ensure its successful use and CPAP compliance. 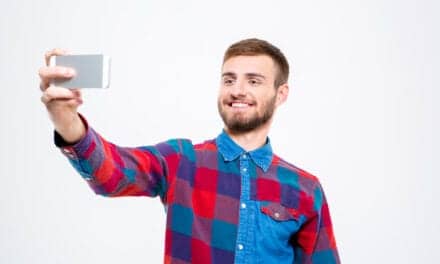