Devika Channaveerappa, a Clarkson University graduate student from Bangalore, India will travel to San Diego in June to present her work in the 66th American Society for Mass Spectrometry (ASMS) annual international conference on Mass Spectrometry and Allied Topics. Her travel will be supported by an ASMS travel award.

Channaveerappa is a PhD candidate who works in the biochemistry and proteomics group under the supervision of Costel Darie, an associate professor in chemistry and biomolecular sciences department.

She will present her project “Mass Spectrometry based Proteomics to Investigate the Molecular Changes in Rat Atria during Obstructive Sleep Apnea.” Obstructive sleep apnea (OSA) is associated with atrial diseases, including atrial enlargement, fibrosis, and arrhythmias. The specific molecular mechanisms of OSA-induced cardiac changes are not known.

“By collaborating with Masonic Medical Research Laboratory in Utica, a novel OSA model was developed which closely recapitulates the occurrence of OSA in humans. Atria of the control rats and rats induced with OSA are excised and proteomics is conducted on the atrial tissues to identify differentially expressed proteins. Relative comparison of proteins and their associated pathways between controls and OSA induced rat atria will help in understanding the complex pattern of changes occurring with OSA, which further leads to cardiac disease,” Channaveerappa says in a release.

She will also present Dr Marius Mihasan’s work at ASMS. Mihasan is an associate professor in the biology department at Alexandru Ioan Cuza University of Iasi, Romania. He visited Clarkson University from February 2017 – July 2017 as a Fulbright Research Fellow. His research is on “Proteomics based analysis of the nicotine catabolism in Paenarthrobacter nicotinovorans pAO1.”

Up and Awake with Down Syndrome

The Link Between Atrial Fibrillation and Obstructive Sleep Apnea 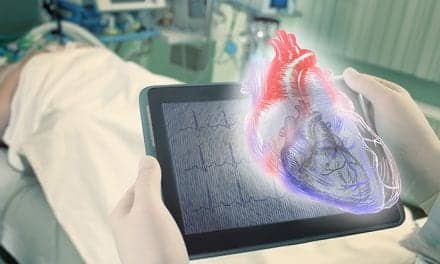