Sleep requirements for children can be as simple as allowing them to follow their natural instincts.

“Is my baby having trouble settling down to sleep because his body naturally wants to go to sleep at a later time than the bedtime I have set for him or is he just being stubborn?”

“Is my child waking up early in the morning because he is just naturally a ‘short sleeper’ or does he have insomnia?”

“Is my teen sleeping too long or are his long periods of sleep normal?”

Just what is normal and what is abnormal is often difficult to tell when it comes to a child’s sleep. “Normal” is affected by several factors. One factor is a child’s age. What is normal at one age becomes abnormal at another age (awakening every 3 hours at night is normal in infancy but abnormal in a teen). A second factor is parental perception of a child’s sleep behavior. Parents who find their children’s sleep behavior problematic (frequent nocturnal awakenings) will be more likely to perceive them as having a sleep problem. A third factor is culture. Each culture has a unique effect on moderating sleep behavior so that the prevalence of certain sleep behaviors differs from culture to culture. Each culture interprets sleep behavior in different ways as to what is considered “normal sleep.” An example of one’s culture moderating a child’s sleep behavior was demonstrated in a 1999 study by Latz et al.1 They found that a child’s nocturnal awakenings were a problem for Japanese parents who slept with their children while stressful sleep problems, bedtime struggles, and a child’s nocturnal awakenings were problems for American parents who slept with their children. Since both American and Japanese parents had the same behavior (they coslept with their children), the research concluded that a factor that could explain the difference in the type of sleep problems a child manifested would be the child’s culture. In an attempt to limit the confusion caused by these factors and truly learn what is normal in pediatric sleep needs, scientists have heavily relied on questionnaires, polysomnography, and actigraphy. Through these means, an increasingly clearer idea about pediatric sleep needs is developing and myths are being overturned.

Because adults on the average need 8 hours of sleep, people often assume that the same amount of sleep is also sufficient for children. Additionally, many people believe or fear that letting a child sleep longer than 8 hours causes a child to act sluggish and feel unrefreshed. Interestingly, the sluggishness that parents sometimes note in their child after an extended period of sleep can occur because the child is sleep deprived. Once allowed a long period of sleep, a child goes into the deeper stages as his body attempts to “catch up” on lost sleep. If children are awakened from this deep sleep before they are fully recovered, they awaken sluggish, with the appearance that the extended sleep time has made them sleepier. Ideal sleep needs of infants, toddlers, children, and teens are described below.

Infant sleep
Newborns spend about 16 to 18 hours sleeping every day. An infant’s sleep has frequent arousals that occur irregularly (an infant does not have a circadian rhythm). Once aroused, an infant may stay awake at the longest from 2.5 to 4 hours.

Around 2 to 3 months of age, a circadian rhythm begins to develop. Arousals become less irregular and nighttime arousals become less frequent. It is commonly believed that nighttime awakenings decrease in infants because they “outgrow” them. One recent study2 suggests that young children may not necessarily be having less awakenings during the night. Instead, children have learned not to call as often for their parents to come tend to them.

By 6 months old, an infant’s circadian rhythm is established. Between 6 and 12 months, an infant is usually able to sleep through the night. They need about 10 to 12 hours of sleep during the night and about 5 hours of nap time during the day.

Scientists have recently begun to suspect that sleep deprivation may be detrimental for some babies. A 2004 Belgian study3 found that sleep deprivation increases an infant’s arousal threshold and increases the amount of sleep apnea episodes. With the arousal threshold increased, an infant has more difficulty arousing from sleep when an apneic episode occurs. This difficulty may explain some cases of sudden infant death syndrome.

Child sleep
Between 4 and 6 years old, a child’s circadian rhythm is strongly established. Children need about 10 hours of sleep at night and usually no longer need daytime naps. Many people believe that children between 4 and 11 years old are able to remain alert during the day without naps because their nighttime sleep is very sound. This may not be the case. Parasomnias that commonly occur in this age group can cause frequent arousals and result in insufficient sleep. Parasomnias are activities that occur in association with sleep such as sleep walking, night terrors, bruxism, and limb movements. Arousals resulting from a parasomnia can last less than 1 second to a few minutes. In a child of this age, insufficient sleep often is not manifested as sleepiness and sluggishness. Instead, it may be manifested as behavior problems such as irritability and aggressiveness; problems with concentrating or sitting still (which often results in a diagnosis of attention deficient/hyperactive disorder); or learning difficulties.

Teen sleep
For many years, parents have thought that their teen’s tendency to go to bed late and sleep long hours was just “teen laziness.” Sleep researcher Mary Carskadon4 found that teens’ circadian rhythm shifts so that their sleep and wake phases are delayed plus their sleep phase is longer than normal (about 9 to 91/2 hours rather than 8 hours). Carskadon also found that a relationship exists between age and degree of delayed sleep phase. Her 1998 study5 showed that the onset of the sleep phase (denoted by the onset of melatonin production) began later in 10th-grade subjects than in 9th-grade subjects.

Conclusion
Misunderstandings about a child’s sleep needs have led many parents to take their child to a physician for a prescription to treat a sleep problem. A 2003 survey9 questioned 671 pediatricians about their prescription rate for medications to treat children with sleep problems. The survey found that 39% of the physicians had prescribed sleep medications for insomnia; 38%, for bedtime struggles; 17%, for delayed sleep phase syndrome; and 15%, for night waking.

A solution to some childhood sleep problems may lie in adapting to a child’s natural need for increased sleep time or a delayed schedule. When the Minneapolis school system started its school times later (9:40 am for middle school; 8:40 am for high school), students were more alert and less irritable, school work improved, and even a teen’s interaction with his family improved.10 Such a result supports the idea that following a child’s natural tendencies may be more beneficial rather than forcing a child to conform to the pattern of a “normal” adult.

Regina Patrick is a contributing writer for Sleep Review. 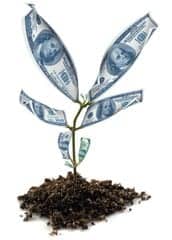 Making the Most of Your Money