While experts are knowledgeable about when somnambulism occurs, they are baffled as to why it happens.

A 12-year-old boy rises from bed and walks quietly through the house. An elderly woman gets out of bed and goes into the kitchen where she dons an apron over her nightgown and begins to prepare tomato sauce. Suddenly in the night, a young father jumps out of bed, a panic-stricken look on his face, throws his baby son out of the window, then runs down the stairs and into the street—all while asleep.

That somnambulism occurs is irrefutable. It has been demonstrated unequivocally in the laboratory, where videos have recorded subjects ambulating while simultaneous electroencephalograms (EEGs) show them to be deep in delta sleep. Home EEG testing has verified the phenomenon. Hundreds of cases have been documented in the literature—many involving much more than simply walking about. Sleepwalkers have gotten dressed for the office down to their wingtips and perfectly knotted neckties. They have prepared meals, eaten, and left the dishes in the sink. They have driven cars.1

Yet fundamental issues remain: How does motor activity become dissociated from cortical control? What enables complex motor activity to proceed while the individual remains asleep? Why does such activity occur? And why is somnambulism so frequent in children and so rare—and often pathological—in adults?

“We know a great deal about the conditions under which somnambulism occurs, but we don’t fully understand what is behind it,” says Christian Guilleminault, MD, PhD, director of training and research at the Stanford Sleep Disorders Clinic, Palo Alto, Calif. Somnambulism is considered a parasomnia that is an undesirable or abnormal event that occurs during sleep. The parasomnias are grouped into disorders of arousal, disorders of sleep-wake transition, those associated with rapid eye movement (REM) sleep, and miscellaneous disorders not linked to any sleep state.1,2

Arousal Disorders
The disorders of arousal comprise confusional arousals, night terrors, and somnambulism. All occur during slow-wave sleep (SWS), typically stage 3 or 4. They are more common in children than adults and usually occur in the first half of the night.2 Episodes have also been documented in adults during stage 2 non-REM sleep in the second half of the night.3 The sleeper suddenly starts to perform motor and/or verbal activity but remains asleep as demonstrated by the EEG. The individual is not aware of the activity and, unless awakened fully by others during the episode, will have total amnesia for the event.2

In confusional arousals, the individual, usually a child, may toss in bed and moan or cry. The eyes may be open or closed, but the child does not appear panicky, as in night terrors. Adults may get out of bed appearing disoriented. If others attempt to awaken them, they may become combative.2

In night terrors, the sympathetic nervous system is activated. According to Sharp and D’Cruz,2 episodes often begin with a “blood-curdling” scream, accompanied by signs of panic, with dilated pupils, tachycardia, tachypnea, diaphoresis, and flushing. Panic-driven motor activity may ensue, with the individual running frantically around the room. Night terrors usually resolve by adolescence, but a few individuals continue to experience episodes as adults.

Somnambulism may consist of simple roaming or may involve attempts to “escape” by opening doors or windows or by running downstairs. The eyes are open, with a glassy stare. If questioned, the sleepwalker does not reply or else mumbles incomprehensibly. The sleepwalker may return to bed or lie down elsewhere, later awakening with no recollection of how he or she got there.

In children, Sharp and D’Cruz2 recommend that polysomnography (PSG) with or without multiple sleep latency testing (MSLT) be reserved for those cases in which the diagnosis is still unclear after a careful history and physical examination. “Abnormal behavior during SWS is usually diagnostic,” they maintain. If nocturnal EEG is performed, microarousals and sleep state disorganization will frequently be observed. Reassuring the parents is usually the only treatment necessary. Somnambulism occurs benignly in 30% to 40% of children; however, if episodes are disrupting the household or placing the child at risk for injury, small doses of benzodiazepines such as clonazepam at bedtime have been shown to be effective.2

In adults, complex behaviors may occur. For example, in night eating syndrome (NES), sleepers prepare food, eat, and return to bed without awareness. These patients may experience sizable, unexplained weight gain.4 Surprisingly, injuries during sleepwalking are uncommon. However, sleepwalking can escalate, warns Alexander Golbin, MD, PhD, medical director of the Sleep and Behavioral Medicine Institute, Skokie, Ill. Somnambulism may also be a red flag for other disorders, such as obstructive sleep apnea (OSA) or dementia. For this reason, Golbin advises sleepwalkers to seek treatment and to take precautions, such as sleeping on the ground floor, removing dangerous objects from the bedroom, and securing doors and windows.

The differential diagnosis of somnambulism includes complex partial seizures and REM behavior disorder, which occurs during REM sleep, usually in the last half of the night. According to Taj M. Jiva, MD, and Naseer Masoodi, MD, of the State University of New York at Buffalo School of Medicine, in somnambulism the classic finding on PSG is sudden arousal during SWS. “During prolonged arousal, there usually is tachycardia with persistence of slow-wave EEG activity, despite the presence of high-frequency EEG activity and an increase in electromyographic amplitude,” they explain. Body movements on video confirm the diagnosis. Even on nights without overt somnambulism, the polysomnograph typically shows three or more direct slow-wave-wakefulness transitions, which are rarely seen in individuals without sleepwalking.1

According to Millman et al,5 sleep rebound seen after the initiation of continuous positive airway pressure (CPAP) for treating OSA can precipitate episodes of somnambulism. Other risk factors include use of sedatives and/or alcohol, sleep deprivation, irregular sleep schedules, and stress.

Cases involving somnambulism
According to Leonid Kayumov, MD, director of the sleep clinic at Toronto Western Hospital, the sleepwalking defense became briefly popular among defense lawyers in the United States and Canada after the celebrated case of Canada v Parks in 1995. In that case, the defendant had driven 23 kilometers to the house of his in-laws, where he attacked and killed his mother-in-law and injured his father-in-law. He then drove home 23 kilometers, later claiming to have been asleep throughout. On evaluation, the defendant was able to show a strong history of sleepwalking, demonstrated clear evidence of somnambulism during laboratory evaluation, and had no motive for killing his in-laws. “In fact, he was able to show that he was fond of them and had a warm relationship,” Kayumov says. “It was an absolute acquittal.”

In another well-publicized case, that of Canada v Campbell, a young newlywed slashed his wife’s neck. Again, a strong history of sleepwalking as an adult, positive findings on polysomnography, and a demonstrated lack of motive—the defendant was in love with his recent bride—were the basis for an acquittal. However, the majority of sleepwalking claims that followed these high-profile cases proved to be bogus. “Malingering became almost ubiquitous,” Kayumov says. Partly to address this issue, he and Golbin helped to develop a protocol for forensic evaluation of sleepwalking that clarifies several diagnostic issues.6 A history of sleepwalking is a vital element for a finding of somnambulism. “Of course, this does not prove that the defendant was asleep during the commission of the crime; it establishes only that the defendant was capable of sleepwalking,” Kayumov says. He sees motive as the real key to forensic evaluation. “Without mens rea—criminal intent—a sleepwalking defense becomes much more credible,” he says.7

Associated Disorders
According to Guilleminault, two other disorders are also associated with violence during sleep: complex partial seizures and REM behavior disorder. “In complex partial seizures, there is a focus. Depending on which part of the brain is activated, complex behavior may be induced,” he says. The behavior may involve wandering but also may include agitated behavior that can lead to injury.

In REM behavior disorder, a lesion in the brain stem causes the loss of muscle atonia usually present during REM. “This atonia is thought to be a safety measure that prevents us from acting out our dreams,” Guilleminault says. In work with cats, Jouvet and Delorme8 first demonstrated that a lesion in the brain stem is responsible for the loss of atonia. In humans, it was later demonstrated that individuals with similar lesions may be in a state of REM while moving about. A number of well-documented cases of violence during sleep have been attributed to REM behavior disorder.

“With REM behavior disorder, we know what causes the loss of atonia, but in somnambulism, we don’t know as much about what causes the dissociation between cortical activity and motor activity,” Guilleminault says. “What we do know is that in somnambulism, sleep is already much more fragmented, even before sleepwalking occurs.” In a 2003 study of 84 children with parasomnias and 36 controls, he and his coauthors found that the sleep of those with parasomnias was characterized by frequent microarousals; 51 of those children showed evidence of a second sleep disorder—usually sleep disordered breathing (SDB) or periodic limb movement syndrome (PLMS).9 Other investigators have also found that the sleep of patients complaining of somnambulism or night terrors is fragmented by frequent brief arousals or microarousals during slow-wave sleep.

Alain Besset, PhD, and colleagues at the Hopital la Colombiere in Montpellier, France, have also documented an increase in sleep density during the SWS episode preceding the occurrence of a parasomnia. “To occur, SWS parasomnia requires not only a pressure increase in the SWS but also an enhancement in the intervening SWS arousal,” they explain.10 Under this model, somnambulism requires two conditions: first, an increase in the depth and density of SWS, and second, frequent partial brief arousals or microarousals so that the sleeper is vulnerable to being aroused—but not completely.

“We know a lot about when somnambulism occurs, but we don’t know why it happens,” Guilleminault says. Granted that the sleep may be highly fragmented, with many opportunities for arousal, “but why does somnambulism occur at one point and not another? Why does it happen on one night and not the next?” he asks. Second, why is somnambulism benign in some individuals but violent in others? And what about gender differences? Why do males experience more accidents and injuries?11,12 “This may simply be a function of greater physical strength and speed of running. But there are many male sleepwalkers who never have accidents. This is another factor we need to account for,” Guilleminault continues.

There is also the seeming attempt to “escape” that is so characteristic of somnambulism. The EEG shows clearly that sleepwalkers are not dreaming. “But in those cases where we have been able to obtain some story from our subjects—which is not necessarily the case each time—they often have a vague remembrance of something frightening. They were being chased, they were being attacked, or the house was on fire,” Guilleminault says. “It may be that at times of stress, the anxiety one is under during the day will plant the seed of a vague idea, an idea that stays pregnant in the brain, even when one is asleep,” he speculates.

He is planning to use home nocturnal EEG testing, along with newer, more powerful approaches to EEG analysis, to learn more about brain activity during somnambulism. Advanced forms of brain imaging such as the PET scan are currently not applicable to the study of parasomnias since subjects must be observed for hours or days until an event spontaneously occurs. “The connections and dissociations in the brain during somnambulism are not well described. A sleepwalker performs an extended activity, yet it leaves no trace in the memory. How does that happen? Some sleepwalkers have been able to drive cars, which seems to be highly coordinated behavior, but others have had terrible accidents, which argues an absence of control. We don’t know how these dissociations happen, yet they do happen all the time,” he concludes.

India Smith is a contributing writer for Sleep Review. 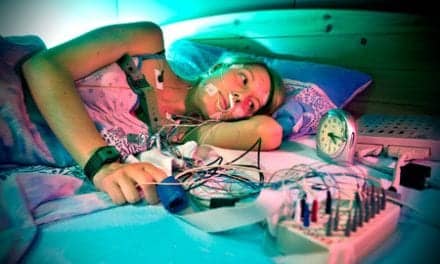 Researchers Investigate Brain Training for Insomnia, In Lieu of Medication 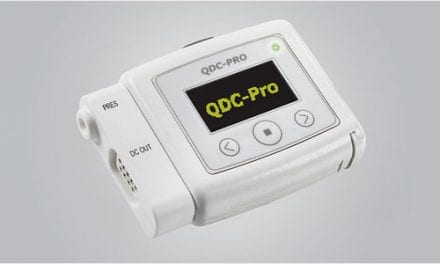