Pediatric On the Rise

Clinicians should be aware of the increase of children affected by OSA and assist families in seeking appropriate care.

“The stupid lazy child who frequently suffers from headaches at school, breathes through his mouth instead of his nose, snores and is restless at night, and wakes up with a dry mouth in the morning, is well worthy of the solicitous attention of the school medical officer.” As early as 1889 in an article titled “On Some Causes of Backwardness and Stupidity in Children,”1 Hill described this constellation of features of an unrecognized disorder, which is now known as pediatric OSA. The first reports of OSA in children were published in 1976,2 almost a decade after the first description of an adult with OSA. Pediatric OSA is a disorder characterized by prolonged partial upper airway obstruction and/or intermittent complete obstruction during sleep that disrupts normal gas exchange (oxygenation and ventilation) and sleep continuity.3 The spectrum of severity of pediatric upper airway obstruction during sleep can range from primary snoring on one end to pediatric OSA syndrome on the other. Delayed or missed diagnosis can result in significant complications including neurobehavioral sequelae (poor school performance, hyperactivity, irritability, and moody behavior), failure to thrive, and cor pulmonale.4-6 Increased education of health professionals and heightened public awareness have resulted in increased recognition of this disorder. Although better recognition of this syndrome has decreased the significant morbidity and mortality that were reported previously, a great deal of work remains to be done to identify the children who are less severely affected but still continue to experience unrecognized, but significant morbidity.

Epidemiology
Epidemiological data for OSA in children are emerging. The prevalence of OSA in children in North America is estimated to be 0.7% to 2.9%7,8 and similar rates have been reported in other countries.9,10 Some of the variation in reported rates is based on the definition of OSA and the specific methods used to identify the affected individuals. With a more inclusive definition of SDB, the prevalence rates are reported as high as 5% in a recent study.8 The prevalence may be underestimated if one considers the reported rates of snoring (7% to 15%) as part of the spectrum of SDB requiring intervention.

OSA occurs in all age groups, from the newborn period to adolescents, with a peak prevalence reported in 2- to 8-year-old children. A large cross-sectional study8 in a population-based cohort of 850 children found former preterm infants have a three to five times increased risk and African-American children have a four to six times increased risk of OSA. Unlike adults, where males are more commonly affected, both male and female children are equally affected. Adenotonsillar hypertrophy is the most commonly recognized associated feature in OSA. There may be other factors involved in OSA because not all children with adenotonsillar hypertrophy have OSA and the size of the tonsils and adenoids does not correlate with OSA. Furthermore, some children have residual OSA in spite of having tonsils and adenoids removed. Some children have also had recurrence of their OSA in adolescence after initial improvement for several years. Additional known risk factors for OSA include any craniofacial features that increase airway resistance in the nose (choanal stenosis or deviated nasal septum), nose and oropharynx (enlarged tonsils and adenoids), or hypopharynx. Genetic syndromes can also be a risk factor, for example, the prevalence of OSA in Down syndrome is as high as 70%. Family history of OSA is also a risk factor. Data have shown that history of allergies, upper airway (vocal cord paralysis), and lower airway disease (asthma) are known risk factors. In addition, functional causes of OSA in children can include hypotonia and prematurity. Finally, an emerging risk factor is obesity; as the obesity epidemic in North America continues, the associated complications such as OSA in overweight and obese children will continue to increase the prevalence of the disorder. Children who are actually identified and treated for OSA may be only the tip of the iceberg of the underlying problem.

Clinical Consequences and Sequelae
The effect of OSA in children goes far beyond disrupting the parents’ sleep. Studies show that unrecognized OSA can cause neurobehavioral, growth, and cardiovascular complications. In fact, behavioral problems and learning difficulties are increased threefold in children who have SDB, including OSA. Furthermore, what was previously considered benign primary snoring may not be so benign because even children who snore have been found to have behavioral problems and learning difficulties. Excessive daytime sleepiness, often reported by adults with OSA, is not a common feature of pediatric OSA, but can occur in children with severe OSA and obesity.12 It is known that children with OSA do tend to access health care more than healthy children. Additional data from smaller studies suggest that quality of life of children with OSA is reduced.12 The quality of life of parents whose children suffer from OSA and its complications has not been reported. The indirect costs resulting from OSA, including family disruption, poor sleep, and anxiety about the child’s condition, are likely to be significant.

Diagnosis of OSA
The American Academy of Pediatrics (AAP) developed clinical practice guidelines for the diagnosis and management of OSA in healthy children in 2000.13 The guideline is accompanied by an in-depth, comprehensive literature review of current evidence in a technical report.14 The AAP statement recommends screening for OSA in all children who snore. Despite the recommendation, not all pediatricians screen for these problems. Clinical evaluation alone is poor at predicting the presence of OSA because the history obtained from the family depends on various factors including the family’s anxiety level, the degree of sleep disruption of the family, the frequency of night wakenings from OSA, and impact on daytime functioning of the family. Observers are often not able to distinguish clinically between children who just snore versus those that have OSA. The physical examination during wakefulness may be entirely normal despite significant upper airway obstruction during sleep, making clinical detection very difficult. All the currently available methods to detect upper airway obstruction by imaging (lateral neck x-ray and magnetic resonance imaging) are not dynamic studies and may not reliably identify the obstruction. An overnight polysomnogram15 is considered the diagnostic method of choice for identifying children with OSA. If children with suspected OSA are identified, they may be referred to an adult facility because of the shortage of pediatric facilities. The use of adult diagnostic criteria, however, is inappropriate for interpreting pediatric studies. Articles addressing normative data in pediatrics and polysomnographic cutoff values were recently published in the May/June issue of Sleep Review. Children should be referred to a pediatric sleep facility that can identify the nuances associated with pediatric OSA and care for the children in an age-appropriate, compassionate manner. The lack of facilities to evaluate children and the lack of standardization for reading and interpreting respiratory-related data make it difficult to treat children effectively and determine the need and outcome of intervention. Furthermore, the transition from statistically abnormal values to clinically relevant abnormal values has not been defined in the continuum of SDB. Several groups have evaluated abbreviated testing for OSA screening in an effort to diagnose it efficiently. Portable and abbreviated testing methods including pulse oximetry and nap polysomnography can be helpful in identifying OSA, but may not adequately identify the disorder.14,16

Treatment
The significant morbidity and mortality associated with OSA are certainly indication for intervention. The first line treatment for OSA in children is surgery, adenoidectomy and tonsillectomy. OSA is the most common indication for adenotonsillectomy accounting for about 274,000 procedures performed across the United States each year.12 Despite AAP guidelines, many of the children with OSA do not undergo testing prior to the adenotonsillectomy. The estimated effectiveness of adenotonsillectomy is 70% to 100%, but it may not guarantee a lifelong cure; however, this may be affected by not only the surgical technique itself and the age of the child but also the child’s underlying condition. Perioperative complications associated with OSA should not be underestimated and can be as high as 30%.12-14 More recent literature suggests that the effectiveness of adenotonsillectomy is less than was previously reported because some patients continue to have SDB despite the adenotonsillectomy.13 Very young children with OSA may have improvement postoperatively and subsequently go on to develop OSA again during adolescence and/or adulthood. Risk factors for persistent OSA include: underlying craniofacial abnormalities such as micrognathia or retrognathia, hypotonia, and obesity.

Tracheostomy was once the only surgical alternative when the adenotonsillectomy failed to resolve the upper airway obstruction. Other surgical options for treating complex OSA (mandibular advancement and soft palate surgery) have been described, but general recommendations cannot be made and treatment should be individualized. Oral mandibular retaining devices have gained popularity and are used in adults; however, there is no empirical data to support their use in children at this time. Pharmacological agents for treating OSA have not been adequately evaluated and there is no evidence to support their use.12 Use of intranasal and systemic steroids warrants further study. Supplemental oxygen therapy has been used as a temporizing measure, which decreased hypoxemia and sleep disruption in a small proportion of children. Some children do develop hypoventilation with the addition of supplemental oxygen, therefore great caution must be exercised in its use.

Since adenotonsillectomy may not be effective for all children, positive airway pressure delivered in the form of CPAP is becoming more common as an effective treatment for residual or persistent OSA. Children who are likely to benefit from CPAP are those with craniofacial malformations and obesity. Since its first introduction in 1980, the technology has evolved significantly. The interface options (nasal or full face mask) have evolved to accommodate various facial features and more products are available for children. Several groups have described very successful use of CPAP in all age groups, including children who are very developmentally delayed17,18 with excellent compliance.

Conclusion
Knowledge regarding pediatric OSA has evolved greatly over the past two decades, which has resulted in improved diagnosis and management of OSA in children. The prevalence rates will likely increase as a result of better identification of high-risk groups such as ex-premature children and obese children. The consequences of SDB can be devastating to the affected child and should not be underestimated. Based on current trends of obesity and its complications, OSA will also continue to increase. To date, there is no means to prevent the disorder from occurring in vulnerable individuals. Therefore, clinicians and health professionals should be vigilant and maintain a high index of suspicion to help affected children and their families seek appropriate care with a pediatric sleep specialist. 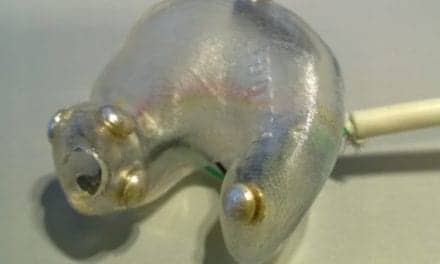 Sleep Disorder due to Bone Structure

Pill Given for Chemo Nausea Can Also Stop Snoring: Taking the Tablet Before Bed Reduces Sleeping Issues by Almost a Third 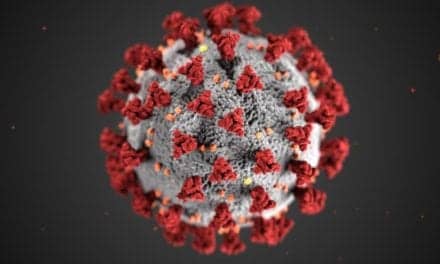