Home Sleep Testing Research: Forks in the Road Ahead 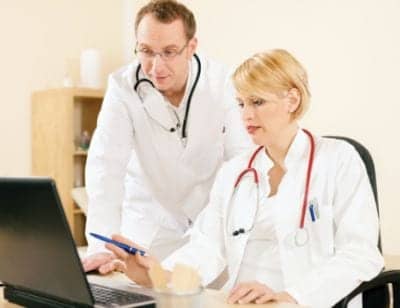 Even as portable monitoring (PM) is being implemented in labs across the nation, researchers continue to attempt to answer questions and to provide more definitive conclusions about the testing modality. Researchers Nancy Collop, MD, director of the Emory Sleep Center and professor of medicine in the Department of Pulmonary, Allergy, and Critical Care Medicine at Emory University’s School of Medicine, Atlanta, and David McCarty, MD, assistant professor of sleep medicine and co-director of the Sleep Disorders Center at the Louisiana State University Health Sciences Center, Shreveport, offer their take on the trends in portable monitoring in the last 2 years and the next set of questions investigators may want to ask with regard to use of home sleep testing.

According to Collop, much of the most recent research in PM focused on comparing the device to polysomnography (PSG), as done in a study conducted by Tonelli de Oliveira et al.1 The study, published in CHEST, sought, first, to validate PM in a laboratory setting by comparing it to PSG, and, second and more importantly, to evaluate the accuracy of PM performed at home to diagnose OSAS and its outcomes.

“I thought [the Tonelli study] was a good example of how a lot of these studies are done. Many of the studies in portable monitoring will initially just take the device and compare it to polysomnography while the person is in the sleep lab having polysomnography done. You’ll find a lot of those kinds of studies in the literature,” says Collop. “This one kind of went to the next step, where it did a study in the lab but then also took the device out into the patient’s home, which is really where it’s meant to be done.” The study was carried out in the lab and at home on two different nights, with a maximum interval of 48 hours.

For McCarty, research like the Tonelli study, comparing home PM to PSG, has value, even if they are answering the same question. He points to an Australian study conducted by Santos-Silva et al.2 The study evaluated the ability of PM to accurately measure AHI in patients with a suspicion of OSA, using home PM and PSG in the sleep lab. “[This study] took a new technology, which is a type 3 system, and it compared it head-to-head with polysomnographic testing, and I think that’s what we want to do,” McCarty says. “We just want to see how [the technology] stacks up to the gold standard.”

The study, published in the journal SLEEP, conducted three-order randomized evaluations with a total of 80 participants: (1) Stardust II (STD) used at the patient’s home, (2) STD used simultaneously with PSG in the sleep lab, and (3) PSG alone. The findings showed a strong correlation between AHI from the STD and PSG recordings for all four AHI values gathered (all correlations above 0.87). Sensitivity, specificity, and positive and negative predictive values were calculated at AHI cutoff values of 5, 15, and 20 events/h. The study found diagnostic agreement between 91% and 75%. In addition, the Bland Altman analyses showed strong agreement between AHI values from the STD and PSG recordings, especially when comparing the AHI results from simultaneous STD and PSG recordings.

TAKING THE NEXT STEP

While the Tonelli and Santos-Silva studies demonstrate that home sleep testing can adequately diagnose OSA, they fail to take the next step, according to Collop. A Canadian study conducted by Skomro et al, however, did advance the discussion by looking at treatment with CPAP after diagnosis with home sleep testing.3

According to the findings published in CHEST, after 4 weeks of CPAP therapy, there were no significant differences between the groups in ESS, PSQI, SAQLI, SF-36 scores, and BP. No difference in CPAP adherence was noted. The researchers concluded that diagnosis and treatment of OSA in the sleep lab, compared to a home PM protocol, do not lead to superior 4-week outcomes in sleepiness scores, sleep quality, quality of life, BP, and CPAP adherence.

Again, while a study like this takes the next step, Collop points out that “there’s probably now half a dozen studies” like this and that “for the most part, these studies are all done by people who are knowledgeable about the testing and who understand how to look at these studies, and understand what types of patients they’re appropriate for.”

For Collop and McCarty, these studies highlight the fact that there are a lot more questions than answers right now with regard to PM research. Both point out that these studies are done with highly selected populations. Much of the current research on PM excludes patients with comorbid conditions, including congestive heart failure, chronic obstructive pulmonary disease, obesity, and hypoventilation syndrome. According to Collop, to advance the use of this testing modality, researchers need to evaluate the sensitivity and specificity of these devices in such populations.

Another deficiency in the current literature, according to Collop, is the lack of comparative effectiveness studies of the different PM devices. “It’s not that the technology is not good. It’s that we haven’t compared this technology. Usually, it will be compared to standard polysomnography, but not to another portable monitoring device that may use different technology,” she says. “[The different portable monitors] can have very different ways that they measure breathing. Most of them consistently have an oximeter, but even something as simple as oximeters can have different sampling rates. They can be very different; not like what we have in polysomnography, where it is pretty well standardized.”

Looking ahead, research like the study conducted by Skomro et al proves the point—home sleep testing can be done and leads to outcomes for patients who are diagnosed with this modality that are similar to those for patients who have in-lab PSG. The next question researchers need to ask, according to Collop and McCarty, is how home sleep testing can be used in a primary care setting where physicians are not trained on the devices and where they are not working closely with a sleep clinic. “I think understanding how this would work in the real world would be helpful,” says Collop.

McCarty, a former primary care doctor, shares Collop’s interest in seeing how PM performs in such a setting. “I think that’s where the future of sleep medicine is heading. We will partner with our primary care colleagues to make sure that appropriate people are being sent for these kinds of tests.” Still, he concedes, it needs to be done in a thoughtful way to ensure the patient is managed right. “The bottom line is you want people to get on the right treatment. You don’t want to give treatments to people who don’t need them, and you don’t want to miss an opportunity to intervene on something important.”

HOW SIMPLE CAN IT BE

And finding ways to simplify PM to diagnose OSA may be part of the answer to the question of how PM can be used in a primary care setting. McCarty was struck this year by an Australian study conducted by Rofail et al, looking at the utility of a type 4, single-channel nasal airflow device using a pressure transducer at home in patients with suspected OSA in a primary care setting.4

“I thought it was compelling that it seemed to stack up pretty well with in-lab polysomnograms; and if anything, it seemed to overestimate the severity of the patient’s respiratory disturbance index compared with the apnea/hypopnea index, suggesting that it’s not going to be as likely to miss apneas,” he says. “It’s a simple device. It can potentially be used in the right kind of environment in a primary care setting,” he adds.

McCarty would like to see investigators continue to look into these simpler portable monitoring options to figure out what, technologically, is the simplest device sleep professionals can use while still providing useful information. The single-channel airflow nasal pressure transducer is one example. “That’s pretty darn simple. You put the thing in your nose and you turn it on,” he says.

At the end of the day, what sleep professionals should take away from the research on PM over the last couple of years is that the issue is not as straightforward as to whether home sleep testing should be done. The question has many more pieces and leaves many forks in the road ahead for researchers to follow.

Alison Werner is associate editor for Sleep Review. She can be reached at [email protected] 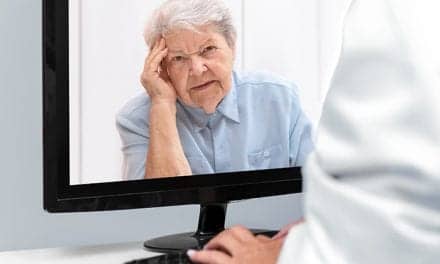 How to Get Sleep Apnea Patients into Well-Fitting Interfaces…Remotely