An update on the MSLT and MWT practice parameters released last year.

The American Academy of Sleep Medicine (AASM) published practice parameters for clinical use of the Multiple Sleep Latency Test (MSLT) and Maintenance of Wakefulness Test (MWT) in January 2005.1 These new recommendations replace those published in 1992 in a position paper produced by the American Sleep Disorders Association.2 But what is really new or improved about these recommendations, and what impact are they likely to have on clinical practice?

For decades, sleep medicine specialists have known the importance of characterizing excessive sleepiness. The MSLT was developed by investigators at Stanford University in the 1970s as an objective measure of sleep tendency, and formal guidelines were developed and published by Mary Carskadon and others in 1986.3 Since that time, most sleep specialists have viewed the MSLT as the gold standard for objective characterization of pathological sleepiness. The 1992 position paper published by the AASM (formerly known as the American Sleep Disorders Association) presented consensus opinion by the standards of practice committee of the AASM, and clinical guidelines were accompanied by limited supporting evidence from the literature.

In the years following the publication of the MSLT guidelines by Carskadon et al and the 1992 AASM position paper, the MSLT enjoyed a heyday with unbridled enthusiasm for its use.4 In many sleep laboratories, the MSLT became part of the evaluation of virtually all sleepy patients, including those with obstructive sleep apnea (OSA), periodic limb movements, insomnia, and circadian rhythm sleep disorders, as well as patients with suspected narcolepsy and idiopathic hypersomnia. In some situations, the MSLT was also used as a measure of response to treatment, based on the assumption that if mean sleep latency values were normal, the patient must have improved levels of alertness. Eventually another laboratory-based test, the MWT, was developed to provide objective measurement of ability to remain awake following treatment for a disorder associated with sleepiness, such as narcolepsy and OSA.

Methods used by the standards of practice committee of the AASM have evolved significantly since 1992, and the recently published practice parameters were developed based on an entirely different process.1 First, the AASM established a task force of content experts in order to conduct a comprehensive and systematic review of the scientific literature regarding the MSLT and MWT. The task force worked over a period of several years to systematically review the relevant literature (which expanded dramatically since 1992), to grade the strength of evidence in each citation, and to discuss issues related to normative values and operating characteristics of the two tests. Then, the task force wrote a detailed review paper with extensive evidence tables, which was published as a companion article with the practice parameters paper.5 The review paper served as the primary basis for creation of evidence-based recommendations developed by the standards of practice committee.

The recommendations contained in the practice parameters paper were reviewed by experts from outside the committee, and were reviewed and approved by the AASM board of directors. The recommendations deal only with the MSLT and MWT, since these are the most widely used and accepted objective measures of ability to fall asleep and ability to remain awake, respectively. Although other techniques are potentially useful, such as pupillometry, continuous electroencephalogram (EEG) or EEG/video monitoring, actigraphy, or questionnaires, these topics were excluded in the evidence-based review or the practice parameters paper. Even though the MSLT and MWT are being used in pediatric patients, there were insufficient data to support recommendations regarding the use, interpretation, and normative ranges for these tests in children.

1) The practice parameters are explicitly evidence-based, and recommendations are focused on clinical uses for which data are available showing a meaningful contribution to diagnosis. The MSLT is indicated as part of the evaluation of patients with suspected narcolepsy, and of patients with suspected idiopathic hypersomnia, to help differentiate idiopathic hypersomnia from narcolepsy. The MSLT is not routinely indicated in the initial evaluation of obstructive sleep apnea syndrome, or for assessment of change following intervention. The MSLT is not routinely indicated for evaluation of sleepiness in medical or neurological disorders (other than narcolepsy), insomnia, or circadian rhythm sleep disorders.1

2) The new practice parameters and the accompanying review paper provide a detailed discussion about the operating characteristics of the MSLT and MWT, including difficulties with establishment of normative ranges and pathological cutoffs. Strong emphasis is placed on the importance of integrating findings from the MSLT or MWT with the clinical history, and the sleep specialist never relying solely on mean sleep latency values to certify a sleep diagnosis, or to establish response to treatment or suitability to return to a job or other duty that requires alertness. This is particularly important with regard to use of the MWT. There is little evidence at this time linking mean sleep latency values on the MWT and risk of accidents in real world circumstances. As result, the clinician must take into account the clinical history, compliance with intervention, patient judgment, and in some cases objective measures, such as the MWT, before developing a final opinion regarding suitability for return to driving or work duty that involves public safety.1

3) The new practice parameters provide, for the first time, formal recommendations regarding performance of the MWT, including the optimal protocol for assessment of response to intervention. Several protocols have been used and reported in the literature, including 20-, 30-, and 40-minute versions and several definitions for sleep onset. The AASM now recommends use of the 40-minute protocol, with definition of sleep onset as the first epoch of any stage of sleep.1 This standardization offers many advantages to the sleep community, including ability to compare results across laboratories and from one study to another. The sleep clinician may elect to use other versions of the MWT in special circumstances and to address special research questions. The new recommendations also address the issue of whether overnight polysomnography must be performed prior to the MWT. Recommendations allow for flexibility in this regard, and the MWT can be considered valid with or without polysomnography the prior night, assuming that the test is performed while the patient is on his or her usual sleep/wake schedule and is compliant with recommended therapy.1

4) Recommendations emphasize the importance of using proper recording techniques and accepted protocols, with interpretation by a qualified and experienced sleep medicine specialist.1 A well-informed specialist is in the best position to decide on the appropriate use and interpretation of objective tests. The MSLT and MWT should not be ordered without a clear formulation of a clinical question and should not be employed as a routine screening test. In other words, the MSLT and MWT are most valuable when used to address appropriate clinical issues by a knowledgeable clinician.

5) Finally, the practice parameters paper and the accompanying review paper point out clearly the need for additional clinical research in order to maximize the usefulness of the MSLT and MWT, with special emphasis on establishment of better normative data by patient group, and sensitivity and specificity of data across different patient groups.1,5

What impact have the recommendations had?
Each recent set of practice parameters produced by the AASM contains the statement that “The AASM expects these guidelines to have an impact on professional behavior, patient outcomes, and possibly, health care costs.” Even though these new recommendations are important for the practice of sleep medicine, there are no formal mechanisms in place to assess the impact of new practice parameters on clinical decision-making or patient care. One would assume that the recommendations involving standardization of the MWT protocol will have significant impact on clinical practice. A second area of impact likely involves a more restricted use of the MSLT to the two areas explicitly stated within the recommendations, ie, suspected narcolepsy and idiopathic hypersomnia.

One sleep clinician who was involved in the formulation of the new practice parameters has observed a change in his practice patterns. David Davila, MD, medical director of the Baptist Health Sleep Center in Little Rock, Ark, is taking a broader view of fitness-for-duty issues, especially in truck drivers. He says that for years he has been asked to “clear” truckers for return to duty after treatment of obstructive sleep apnea (OSA) based on the mean sleep latency value from the MSLT. However, he always found the mean sleep latency value to be a bit simplistic, and now he incorporates additional clinical data, such as serial downloads of CPAP compliance data. He reports that these downloads are helpful in assessing the possibility of insufficient sleep and circadian dysrhythmias, as illustrated by the pattern of CPAP use. In addition, he reports that in light of the much broader range of normal mean sleep latency values on the MSLT, he is more reluctant to “fail” a trucker based simply on a mean sleep latency value of less than 10 minutes, particularly if the patient shows good compliance based on serial downloads of CPAP usage. Davila also points out that hours of service and work schedules are currently receiving a great deal of attention in the transportation industry. Insufficient and poor timing of sleep, which often relate to hours of service, frequently confound our ability to formulate a recommendation regarding fitness for duty.

Conversely, Davila comments that when certain truck drivers with OSA achieve a “passing” score on the MSLT with a mean sleep latency >10 minutes, he is rarely enthusiastic about clearing them, since they will return to the same work pressures, including pressure to limit sleep time during the day or night, that caused problems previously. Since the task force could not identify a robust relationship between MSLT results and driving performance, Davila reports an even greater reluctance to rely on MSLT data in fitness-for-duty evaluations. Although the MWT has more “face validity” than the MSLT in these evaluations, Davila notes that clear evidence linking sleep latency values and driving performance is lacking. He hopes that the efforts of the task force and standards of practice committee will stimulate systematic, prospective studies involving transportation workers with and without sleep disorders to clarify the role of these tests in clinical decision-making.

In summary, the impact of the new recommendations for clinical use of the MSLT and MWT is difficult to evaluate in the absence of a systematic method for analysis. The most likely impact involves a more selective use of the MSLT for specific clinical indications (suspected narcolepsy and idiopathic hypersomnia). The new recommendations emphasize the importance of not relying solely on a mean sleep latency value to certify a diagnosis or to establish adequate response to treatment, but the sleep clinician is encouraged to integrate a variety of clinical findings with results from objective testing. Finally, the practice parameters provide, for the first time, recommendations regarding the specific MWT protocol to use, which should lead to better ability to compare results between patients, laboratories, and research studies. Even though the precise impact of the new practice parameters is difficult to know, the sleep community is well served by the development of evidence-based recommendations that will almost certainly stimulate future research in the area of excessive sleepiness and safety. 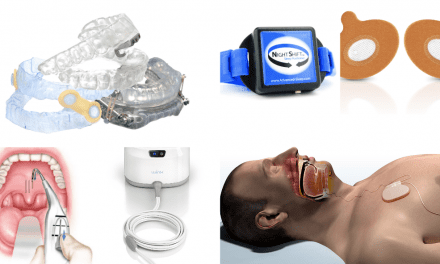