Often referred to as “the father of sleep medicine,” William Dement, MD, PhD, is a pioneering sleep researcher whose accomplishments have paved the way for modern sleep research. Dement, who has been on the faculty unit of Stanford University Medical Center since 1963, provides insights to Sleep Review (SR) on several topics.

Here is the transcript of our phone conversation, which includes a few questions from the American Association of Sleep Technologists.

SR: As you already know, it’s fair to say that in 1953, the study of sleep became a true scientific field when you were able to make all-night continuous recordings of the brain and eye activity during sleep. But what I’m interested in learning more about is your background and experience prior to becoming a founding father of sleep medicine. Why don’t we start from there?

Dement (D): When I was in college [at the University of Washington], I read about the University of Chicago, when a man named Robert Maynard Hutchins was president. I elected to go to the medical school and I was interested in consciousness and there was a professor, a man named Nathaniel Kleitman [PhD], who was a professor of physiology and he gave a lecture which was very interesting to me. So I went and knocked on his door and asked him if I could work with him. Back then, he had just started studying eye movements. At the onset of sleep, if the eyes are closed there would tend to be slow, rolling eye movements. So there was a graduate student whose name was Eugene Aserinsky, who was also there working and I was assigned to help him. So back then, rapid eye movements were discovered mainly as an artifact. The eyeball has a potential; it’s like a battery. So when the eyes move, it creates changes in the electrical field in the head, which we could then record through brain waves. We were recording that and we would see what we thought were artifacts. Back then, when you even just touched the EEG [electroencephalogram] machine you’d get tremendous artifacts. So we started this thing where I would go in with a flashlight and sit by the person who was sleeping and when those artifacts appeared, Aserinsky would signal me and I would shine the flashlight. It was very easy to see the rapid eye movements and yes, we did this whole series and I think it was Kleitman, who said, “Maybe that’s a sign of dreaming.”

After Aserinsky left, I did a long, long series of studies asking about the connection between dreaming and rapid eye movement. In REM [rapid eye movement] sleep, the brain is active, very active. The brainwaves were active during the REM periods, and I was the first one to record and study this continuously all night long. Because originally Aserinsky and I just sampled, and it was clear that there was a 90-minute cycle on the average, which started out with non-REM sleep in the beginning, and then a REM period, and then a non-REM, so we called this the basic human sleep cycle. It was very clear from the awakenings that when you’re dreaming about 80% of the time the subject would remember a vivid dream from the awakening. And not more than 10% of the time would people say something when they are awakened from non-REM sleep. So it isn’t like 100% accurate, sometimes you would awaken somebody and they would be too groggy to reply. It became very clear that there was an orderly pattern of brain wave changes through the night with the rapid eye movement period accompanied by a more active brainwave pattern every 90 minutes of these periods. These periods would get longer, the later in the night they occurred….At the end of the night, you had about a 50% chance that if you just awaken someone, without paying attention to what was going on in the recording, it would be a REM period.

Back then, things were a little bit more prudish so I only studied male subjects. And I asked Kleitman, “Do you think women would show the same phenomenon?” It seemed likely but until you could actually study a woman you wouldn’t know. Then I got married, and so I could study my wife without a chaperone. Actually, there was one other female I got to study, and I studied her for a couple of nights and I saw the same exact pattern that I had seen in perhaps somewhere over 50 adult males. After that, we tried to look at age, and the oldest person I was able to study was a 90-year-old; and then we went to look at babies at a hospital in Chicago, and lo and behold, babies had rapid eye movements. When they were actually studied by Howard Roffwarg and I, we found that 50% of the sleep of a newborn baby was REM sleep. During REM sleep, the body is paralyzed except for the diaphragm and the perception that has more or less been proven is that the paralysis protects you from actually acting out the dream. And there is an illness that has been described as REM behavior disorder, where the paralysis fails and the afflicted individuals in effect, acts out their dream.

The other thing I did at the University of Chicago was to relate the eye movement patterns to the dream content. That was the easiest when the dream episode essentially involved something vertical. Like an airplane is flying overhead and drops something like leaflets coming down and the dream is watching and looking up and looking down and you would see vertical eye movements. Then the question, and I wasn’t able to get into it too much, was: “Was REM sleep vitally necessary?”

We tried to prevent REM periods by awakening subjects right at the onset of REM sleep, and it became too difficult because if you suppress REM sleep or just sleep in general , then it gets harder and harder to suppress REM sleep. So we actually did this in animals when I went to Stanford University. I left the University of Chicago and went to New York for a few years and then I was recruited by Stanford University where I had been for the rest of my career. We opened the world’s first sleep disorders center at Stanford in the summer of 1970, thinking that if we advertise a little bit there will be patients with insomnia. But mainly sleepy patients came to the clinic, and a lot of them had an illness called narcolepsy. I saw a huge number of narcoleptic patients in the early days because I was essentially the only guy in town until 1975. There weren’t any sleep disorder centers, and now there are well over a thousand in the United States and around the world, as a matter of fact.

SR: Right, and you noted a few years ago that you believed that sleep centers may eventually vanish and portable monitoring will prevail. You also said that sleep technologists will be important players in addressing the gap in our health delivery system. Could you expand upon that more?

D: The number-one sleep disorder is an illness called obstructive sleep apnea that is highly prevalent. Twenty-four percent of adult males and 9% of adult females and that gets us into the millions [of people], who have this potentially fatal disorder. So the main effort of sleep disorder centers has been the diagnosis and treatment of sleep apnea. Although there are literally more than 80 specific sleep diagnoses, most of them are quite rare. First of all, in-lab sleep studies are pretty extensive, and in home recordings, mainly what you’re trying to establish is whether you’re breathing normal. [Obstructive sleep apnea] is the sleep disorder of our greatest concern and is of the highest prevalence. If it is left untreated, it leads to high blood pressure, cardiac problems and possibly sudden death. So it’s important to identify this particular illness, and this illness has galvanized sleep centers around the United States. I was the first president of the Academy of Sleep Medicine and we actually did site visits to new centers to make sure that they were up to speed and that they could be accredited by the academy.

SR: When you were a student under Dr Kleitman and made the discovery of REM sleep in 1957, leading to classification of sleep stages related to cyclic variations in EEG and the relationship to eye movements, body motility, and dreaming (DKII Scoring system), did you also envision that the rules for sleep staging would continue to evolve and change after the R&K Rules were published in 1958?

SR: What career advice would you give to the night technologist, day technologist, and sleep lab manager during this time of change in the delivery of sleep medicine services?

D: Well, I don’t know whether there is really going to be a massive reduction of sleep centers. I don’t think so because there has to be sleep centers, academic sleep centers with personnel educating medical students to identify symptoms of sleep disorders to train sleep specialists. It’s a field like any other where people retire and you need to recruit new members of the field.

SR: After all these years, what is that one question that you wish you have answered that eluded you?

D: Well, it would be: Is sleep really vitally necessary? There was a historic sleep deprivation observation many years ago, a high school senior Randy Gardner stayed awake, with lots of help for 11 days. And there was no serious result of that other than he was incredibly sleepy but no one has gone on longer than that. There are animal studies that suggest that sleep may be vitally necessary. You know, the thing with studies is that nothing is a fact until someone confirms it. The problem is, does sleepiness or the tendency to sleep so strong that it prevents other activities like eating, drinking, or is it because it is in some way vitally necessary? Nobody knows. 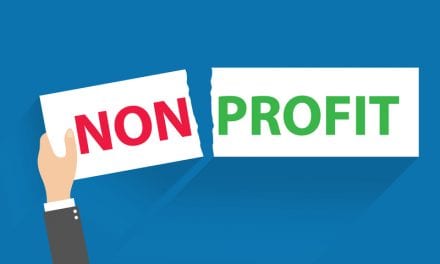 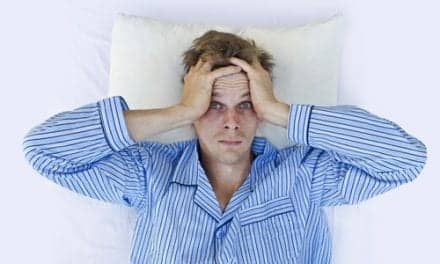 You Could Probably Hibernate