According to the complaint:

[Fitbit] has made specific advertisement claims that for an extra charge, the customer can purchase a device which also contains a “sleep-tracking” function which will track “how long you sleep,” “the number of times you woke up,” and “the quality of your sleep.” In fact, the sleep-tracking function does not and cannot do these things. It does not perform as advertised. Consumers who purchase these products and pay the extra amount for this function do not receive the value of this function for which they paid.

The complaint later says: “At least one study has shown that the accuracy of the accelerometer in the Fitbit sleep-tracking devices falls far below the accuracy level of the actigraphy, and far below an acceptable standard of accuracy to render it useful in any way for scientific purposes. The Fitbit sleep-tracking function consistently overestimated sleep by 67 minutes per night as compared to what the polysomnography reported. These misrepresentations implicate serious public health concerns, as thinking you are sleeping up to 67 minutes more than you actually are can obviously cause health consequences, especially over the long term.”

The complaint was filed in the Northern District of California, and the suit alleges: “By advertising this sleep-tracking function without actually providing this function to its customers, Defendant is violating California law.”

A Fitbit spokeman told wareable.com, “Fitbit trackers are not intended to be scientific or medical devices, but are designed to provide meaningful data to our users to help them reach their health and fitness goals.” 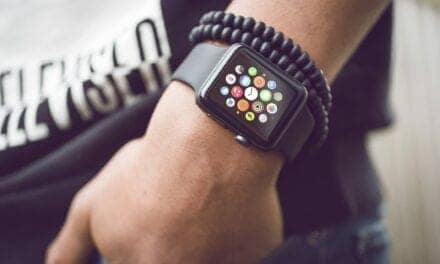 Sleep Apnea Devices Market to Grow at CAGR of 15.9%

Sleep Fatigued? New Devices May Support You Getting a Good Night’s Sleep