It is time to embrace all methods for increasing diagnosis and treatment of sleep disorders, including home testing.

A quarter century has elapsed since Colin Sullivan and his colleagues introduced continuous positive airway pressure (CPAP) as the first noninvasive, effective treatment for obstructive sleep apnea (OSA). Given this lengthy period, we must ask why today the majority of OSA victims remain undiagnosed and untreated. To underscore our point, we quote the departing statement of Sleep chief editor David White, MD (Sleep Disorders Program, Brigham and Women’s Hospital, Boston). He wrote: “Full night in-laboratory polysomnography was the way this disorder [OSA] was diagnosed when I first entered the field, and this is largely still the case. Such slow progress in both areas [diagnosis and treatment] is a bit discouraging to me. Why have we made so little progress?”

We believe that sleep disordered breathing in its various manifestations is arguably the number one health problem in the United States, and possibly throughout the world. Surmounting the barriers that hold back a vastly improved access to diagnosis and treatment is a moral imperative. What are the barriers? We pose the following:

1 In the first place, many people feel that overall continuity of care is very inadequate. Sleep clinic laboratories generally have long waiting lists. In addition, if an in-laboratory polysomnography test shows the severity of OSA to be at a level that requires treatment, typically a PAP machine is prescribed and the patient is given a list of home care companies. The patient then picks one and makes an appointment to receive a device. At this point the process truly breaks down. Sleep clinics tend to focus on the testing aspect, leaving the education and training required for successful treatment to home care companies that may not be committed in providing a continuity of care for the OSA patient.

2 Teaching somnology and sleep medicine remains outside the mainstream educational system. As a result, vast numbers of health professionals are inadequately informed.

3 The organizations that serve sleep professionals (the American Academy of Sleep Medicine or AASM, the Sleep Research Society, and the Association of Polysomnographic Technologists) continue to support in-laboratory testing as the only acceptable approach to diagnosis and treatment of OSA. The Centers for Medicare and Medicaid Services’ determination in October 2004 not to approve in-home testing was based on the recommendation of the AASM and related organizations.

4 In-laboratory polysomnographic testing is expensive. There are concerns that if this testing were to be carried out on all individuals who are suspect, it would break the bank. When the world’s first sleep disorders clinic was launched at Stanford in 1970, there was no notion of the exceedingly high prevalence of OSA in American society. If one extrapolates from Terry Young’s landmark epidemiological study published in the New England Journal of Medicine in April 1993, approximately 30 million Americans suffer from OSA.

5 It has been contended that in-home monitoring is inferior to in-lab monitoring. This issue requires an ongoing thorough assessment including an un­biased meticulous examination of the scientific literature. In addition, many in-home devices utilize the same cardiorespiratory parameters that are used in full in-lab polysomnography. Since sleep apnea is caused by an anatomical obstruction of the upper airway, measurement of cardiorespiratory parameters may be sufficient for assessment of this condition. Throughout the world, in-home sleep testing is much more prevalent than in-lab testing. For example, according to Embla, approximately 500,000 sleep studies in Europe have been successfully conducted with the Embletta in-home device since it was introduced to the market (sensitivity 100%, specificity 81.2%).1

While in-home testing provides a viable way to surmount the foregoing barriers, vested interests have succeeded in impeding reimbursement for this approach. Without adequate reimbursement, providers are reluctant to offer new and innovative services. This conflict of interest will need to be resolved if home testing is to fulfill its potential of improving access to care for the millions of currently undiagnosed and untreated patients.

To sum up, OSA may be the number one health problem in America. It tends to be progressive. It is associated with other serious health risks and negative outcomes such as cardiovascular disease, obesity, and impaired alertness. We need to improve access to diagnosis and treatment by employing all options, even those such as home testing, that may change the current paradigm for delivery of sleep care.

William C. Dement, MD, PhD, is professor of psychiatry and behavioral sciences at the Stanford University School of Medicine, Stanford, Calif, as well as director of the Sleep Disorders Center and principal investigator at the Stanford University Center for Human Sleep Research. Often referred to as “the father of sleep,” Dement helped create the nation’s first sleep disorders center and played a key role in the establishment of the American Academy of Sleep Medicine. Robert Koenigsberg is president and CEO of SleepQuest Inc, a home sleep testing company based in Redwood City, Calif. 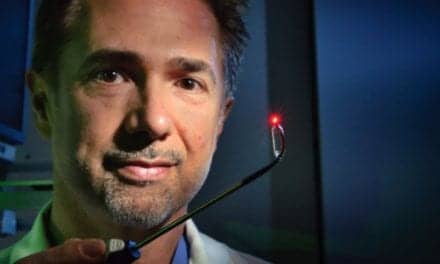 Sleep Apnea and Diabetes May Be Related 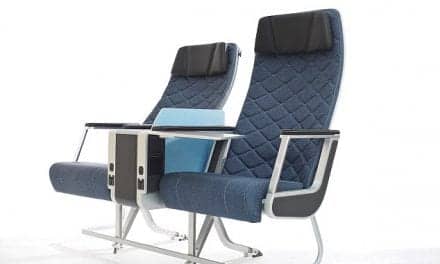 The Economy Seats of the Future: Radical Designs Offer More Legroom, A Better Sleep and an End to Elbow Wars in Cattle Class