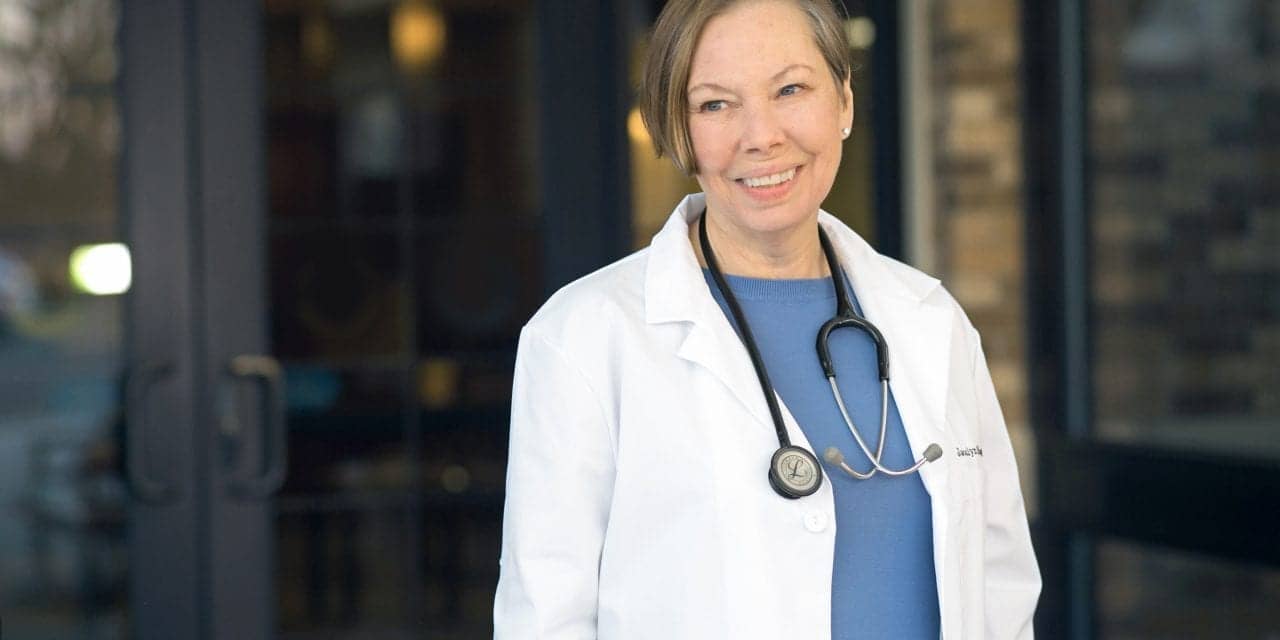 Jacalyn Nelson, MD, is director at a sleep center that began utilizing home sleep testing only about a year ago. Here, she demonstrates pulse oximeter monitoring on mock patient Angela Mussehl.

By her own admission, Jacalyn Nelson, MD, says SSM Health and Stoughton Hospital were a kind of medical “caboose.” That is, one of the increasingly rare sleep disorders centers that still conducted most of its obstructive sleep apnea (OSA) diagnostic testing in lab—versus the many facilities around the country that have transitioned to home sleep testing (HST) for many patients at high risk of OSA. That changed for the Wisconsin-based sleep center in December 2016, when its primary health insurer (Dean Health Plan) began requiring OSA testing be done at home.

The payor’s change presented initial challenges. But now, a year later, Nelson and the sleep medicine staff at SSM Health and Stoughton Hospital have turned the corner.

“It’s changed the way I practice,” says Nelson, who is also director of the sleep center at SSM Health in Wisconsin.

About half of SSM Health’s patients now undergo home sleep testing, or between 900 and 950 of the 1,800 to 1,900 sleep studies it does per year. Nelson is quick to note that she sees it as “unethical” to assign HST to a patient simply because it’s required by the insurer. “I do what’s appropriate for the patient,” she says. “If the patient has a lot of comorbidities, then I test them in the lab.”

Ewa Alexander, MD, who works for Nelson as part of the sleep physician team at SSM Health, adds, “There are some patients we have to fight for to get in-lab testing.” For those patients, tools the team employs include peer-to-peer evaluations, which can result in the insurer allowing for in-lab testing from the outset.

Speak to Nelson about her patients for only a few minutes and one thing becomes obvious: she is both highly conscientious and conservative when it comes to their care.

“She always has the patient’s interest in mind,” says Alexander. “The patient’s needs come first.”

Nelson makes a thorough evaluation of the patient’s health, including possible comorbidities, before she’ll approve an at-home sleep test. Only then will the patient be introduced to the concept of an HST.

“If home sleep testing is appropriate, I’ll have the nursing staff talk to the patient, show them how the home sleep device works, and provide written instructions and a video link,” she says. “The patients have multiple ways to understand how the device works.”

SSM Health currently uses CleveMed’s SleepView Direct for home sleep testing. The company sends the HST directly to the patient’s home, and, once the test is complete, CleveMed’s sleep staff does a first pass. If that data is deemed acceptable, it is passed along to the referring physician for interpretation.

Nelson admits that she’s probably still on the HST interpretation learning curve—getting used to having less data from which to make conclusions—and expects that as she becomes more experienced with the equipment and the equipment gets more sophisticated, interpreting will become more accurate and inconclusive results will taper off. For now, “I get a lot of studies I think are inconclusive,” Nelson says.

If an HST is deemed inconclusive, Nelson will order a follow-up in-lab study. This, again, reflects Nelson’s patient-centric approach to care. “I don’t want a patient to use a CPAP if they don’t need to,” she says.

On the flipside, Alexander notes there are some patients whose symptoms are so mild home sleep testing won’t identify that they would benefit from a CPAP or another treatment.

Despite challenges for the medical staff in getting used to this new model, they say patients are embracing it. “They generally have a sigh of relief that they can do the test at home,” Nelson says.

The advantages of HST for the patient are compelling. Typically patients can get through the testing process—and get treated—faster, and, in these days of skyrocketing insurance premiums, home sleep testing is cheaper and allows for more access to treatment. Alexander says, “There are some patients who wouldn’t come in for treatment if testing is in the lab.”

HST also has advantages for the health care enterprise. Lab space, in SSM Health’s 12-bed sleep center, is reserved for patients who are sicker.

And while Nelson is still more inclined to use an in-lab model to test patients, she concedes that home sleep testing results require less time to interpret.

Nelson is looking into getting more data about CPAP adherence for HST versus in-lab testing. According to anecdotal data from SSM and its durable medical equipment provider, while adherence appears to be relatively high—around 80% to 85%—among home sleep testing patients in the first 6 months after diagnosis, it appears there may not be great difference between patients who are tested in lab and at home over time continuing to use their CPAPs.

Nelson herself treats the full gamut of sleep disorders from OSA to RLS to parasomnias to everything in between.

Trained in neurology at Northwestern University, Nelson worked as a resident at Evanston (Ill) Hospital during one of her rotations. Because much of the day-to-day work was handled by the medical interns, Nelson and the other residents spent a portion of each day in the various clinics with the attending physicians.

It was during this time she was invited to join some of the physicians who were doing sleep study interpretations, and Nelson was immediately hooked. “I just found it fascinating,” she says. “As a neurologist, you’re sort of a detective. I felt the same way with these sleep studies. These 1,000 pages of squiggles told you the story of the person’s sleep.”

Nelson finished her neurology fellowship at Northwestern soon after, and then moved on to another fellowship in sleep.

She joined SSM Health in June 2006, and currently leads a group of 7 that includes 3 other sleep physicians, 3 physician assistants, and a nurse practitioner. The medical staff is collegial and, while Nelson has had to cope with the challenges the transition to HST has brought, she’s supportive of staff and addresses issues as they come up, according to Alexander, who joined SSM Health in 2015 from another sleep service that only offered in-lab testing. “It’s been a privilege to work with her,” Alexander says.

Back to the Lab?

Nelson notes a trend that if the home sleep test finds the apnea hypopnea index (AHI) to be low and the patient is symptomatic, the patient will be brought into the lab for an additional sleep study to determine if a diagnosis has been missed. In her case, Nelson is more likely to send patients to the lab for a second study if their AHI is under 15. This is a result of understanding the data better, says Nelson.

And Nelson sees sleep medicine and the treatment of OSA evolving further, including how genetics influences sleep disorders, including such issues as short and long sleepers, parasomnias, and RLS inheritability.

Finally, Nelson is looking outside of the box. She relates a recent discussion she had with a dentist who asked one of the inventors of the CPAP about how to better treat patients. The answer was airway manipulation in childhood, which is an area that Nelson thinks should be explored. “Changes in our jaw, the softer foods we eat, pacifiers, sippy cups, and orthodontia could all contribute to sleep issues down the road,” she says. “It would be great to pinpoint kids who may develop sleep apnea and address it early.”

And no matter how the understanding and treatment of sleep disorders change, one thing won’t for Nelson: the patient will always come first.

While working on this article, Los Angeles-based contributor C.A. Wolski, who personally advocates home sleep testing, had his eyes opened about the continued need for easier access for in-lab testing. 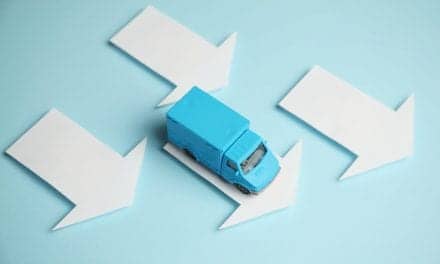