CMS published its interim final values for sleep testing on November 2, 2010, as part of Medicare’s Final Part B Physician Fee Schedule for 2011. Although the sleep code values are to be effective January 1, 2011, CMS is offering the public the opportunity to comment on the new sleep medicine values by 5:00 pm on January 2, 2011.

A key component to calculating all Medicare reimbursement is the Medicare Conversion Factor. The CF is set to decrease from $36.87 this year to $25.52 next year, or about a 30% drop. For sleep, the Fee Schedule shows a general decrease in the final interim physician RVU and practice expense values in both the physician value and the technical aspects of sleep testing, according to information from The Health Law Partners (HLP), a nationally recognized boutique health law firm. In absolute terms, the decreases range from about 30% for the physician work RVU to about 8-12% for the practice expense values for the PSG codes – without application of other payment calculators or the Conversion Factor decrease. Actual payment decreases depend on a variety of geographic, billing or other moderating factors, especially including final treatment by Congress of the Conversion Factor.

CMS reports that the AMA’s Relative Value Update Committee (RUC) identified the amounts currently payable for sleep testing to be “potentially misvalued.” The RUC reviewed changes to the values based on current practice. CMS is waiving its usual notice and comment procedures with respect to these and other “misvalued” codes identified in the Final Rule, according to [removed]Daniel B. Brown, Esq[/removed], managing partner of HLP’s Atlanta, Georgia, office. Instead, CMS is implementing the new values now on an interim final basis. CMS decided not to wait until next year because the agency believes that a delay in implementing revised values for these misvalued codes would not only perpetuate the known misvaluation for these services, it would also perpetuate a distortion in the payment for other services under the physician fee schedule.

CMS also said that it was impractical to solicit public comment for these values over the summer due to the timing of the RUC’s recommendations. Persons have sixty (60) days to comment on the revised interim values published for the final physician work RVU, practice expense, and malpractice RVUs (including the direct practice expense (PE) inputs and the equipment utilization rate assumption) for these new sleep code values.

The Final Rule continues to include the familiar G-Codes for home testing, G0398, G0399 and G0400. The Final Rule indicates no payments for these G-Codes, and, unlike the new Codes 95800 and 95801, the values for the G-Codes are final and not subject to public comment during the comment period. However, CMS permits local Medicare Contractors to set the RVU’s and payment amounts for these G-Code services based on the Contractor’s review. 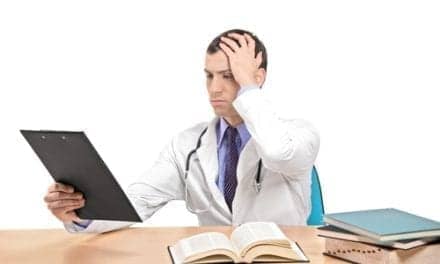